To Whom It May Concern,

I pen this letter to you with mixed emotions.

It was a grey, rainy day in Vancouver – you remember the one – when a memo from the Whitecaps FC communications department came across my desk.

I had just arrived, commuting by air, from my lofty perch atop of BC Place. I like to spend time there, even when the team isn’t playing, practicing my cheers and trying out new, fan engaging techniques.

Whitecaps FC 2 to host Western Conference Semifinal at UBC’s Thunderbird Stadium, this Saturday, October 8 at 12 p.m. Let’s support our boys in Blue and White, and #StuffTheBird!

I was devastated; and torn in two. Split like a wishbone right down the middle.

On one wing, we’ve got our boys playing in their biggest game yet, definitely needing my support on the sidelines and in the stands – Kyle Greig once mentioned what an inspiration to the guys I was.

But, on the other wing, the social media team has come up with a hashtag that would make any feathered friend flat out nervous to go near the stadium – especially during Thanksgiving weekend.

As you might not know, the turkey is a distant cousin of mine, and it is with the utmost regret that I must inform you, I cannot support #StuffTheBird. I do support the bird call to flock to the game and cheer on the Blue and White – in fact I squawk at any fan who doesn’t. But while I understand the idea of the campaign is to pack fans into Thunderbird Stadium (named in honour of the legendary Thunderbird), it would be a disservice to my fellow fowl to promote the stuffing of any bird.

I will always be the team’s number one fan, with the rest of Vancouver, but sometimes a bird just needs to draw a line in the nest.

That said, I will still be there Saturday, beaking at the opposition.

I hope to see you there too. #EatMoreFish and leave my friends to gobble freely. 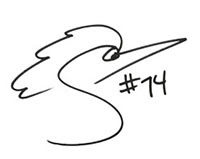 Class of 2020: LeBlanc and Timko Baxter named to Canada Soccer Hall of Fame