There are 12 WHLers on the national junior team selection camp roster that Hockey Canada unveiled Tuesday.That roster features 32 players — three goaltenders, 10 defencemen and 19 forwards.The selection camp is to run in Blainville, Que., Dec. 10-14, with the 2017 World Junior Championship set for Toronto and Montreal, Dec. 26 through Jan. 5. A year ago, in Finland, Canada didn’t advance past the quarterfinals. 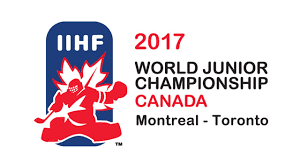 The WHLers on Canada’s selection camp roster are G Carter Hart, Everett Silvertips; G Connor Ingram, Kamloops Blazers; D Jake Bean, Calgary Hitmen; D Kale Clague, Brandon Wheat Kings; D Noah Juulsen, Everett; F Mathew Barzal, Seattle Thunderbirds; F Dillon Dube, Kelowna Rockets; F Brett Howden, Moose Jaw Warriors; F Nick Merkley, Kelowna; F Nolan Patrick, Brandon Wheat Kings; and F Sam Steel and F Austin Wagner, Regina Pats.The Canadian roster includes five returnees from a year ago: Barzal; D Thomas Chabot, Saint John Sea Dogs; F Julien Gauthier, Val-d’Or Foreurs; F Mitchell Stephens, Saginaw Spirit; and F Dylan Strome, Erie Otters.The selection camp will include three exhibition games — against a team of Canadian university starts on Dec. 12 and 13, and against the Czech Republic on Dec. 14.The goaltending competition will be as interesting as anything in the selection camp. Team Canada will keep two of the three. Ingram has a 2.19 GAA and .932 save percentage, while Hart is at 1.67, .937, and Michael McNiven of the OHL’s Owen Sound Attack is 2.29, .920.There are nine players on the Canadian roster from each of the OHL and QMJHL, and two from NCAA schools. D Dante Fabbro of Boston University and F Tyson Jost of North Dakota both played with the BCHL’s Penticton Vees.Fabbro’s WHL rights belong to Seattle, which selected him eighth overall in the 2013 bantam draft.Jost’s WHL rights belong to Regina, the Pats having acquired them from the Everett Silvertips, who took him seventh overall in that 2013 bantam draft. With the Pats the odds-on favourite to be the host team for the 2018 Memorial Cup, you are free to wonder if Steel and Wagner, the two Regina players on the selection camp roster, will be whispering in Jost’s ear.Team Canada will play in Group B, along with Latvia, Russia, Slovakia and Team USA. Canada will open the tournament against Russia on Boxing Day in Toronto.Group A comprises Czech Republic, Denmark, Finland, Sweden and Switzerland.Three of the WHL players on the roster — Patrick, Bean and Steel — are injured.Patrick, the consensus No. 1 pick for the NHL’s 2017 draft, has played in only six games and hasn’t played since Oct. 11. He is listed as being out week-to-week on the WHL’s Nov. 29 roster report. Patrick, who has been bothered by the after-effects of July surgery for a sports hernia, told Perry Bergson of the Brandon Sun on Monday that “I think my injury is turning a corner.” If Patrick, or any other injured player, doesn’t take part in the camp, he won’t be on the final roster.Bean, a first-round pick (13th overall) by the Carolina Hurricanes in the NHL’s 2016 draft, has two assists in three games this season. He hasn’t played since suffering a hand injury on Oct. 14, but is expected to return at some point this weekend.Steel, the WHL’s leading scorer, has missed the Pats’ last two games with a shoulder injury. He was injured in the second period of a 5-2 loss to the Cougars in Prince George on Nov. 22 and sat out Regina’s next two games. He went into this week with 41 points, tops in the WHL.Meanwhile, two other players — Dube and Howden — have just returned from the injury list.Dube has seven points, including six assists, in six games since coming back from a knee injury suffered while in camp with the NHL’s Calgary Flames.Howden has played in two games since returning from a hip injury that cost him a month. He has two goals and four assists in those two games, giving him 20 points, including 11 goals, in 13 games this season.JUST NOTES: There are a number of tournament-eligible players in the NHL and Team Canada is free to add to its roster until Dec. 19. . . . Among the WHLers who may have been close to being selected: D Connor Hobbs, Regina; D Brendan Guhle and F Jansen Harkins, Prince George Cougars; F Tyler Soy, Victoria Royals; F Tyler Benson, Vancouver Giants; and D Ethan Bear, Seattle. . . . D Cal Foote of Kelowna, who is from Englewood, Colo., has declared for Canada but was ruled ineligible under the IIHF’s residency rules. Foote, whose father is former NHL D Adam Foote, is in his second WHL season. . . . Jon Keen, the radio voice of the Blazers, reports that freshman F Rudolfs Balcers has been named to the Latvian national junior team. He has 28 points, including 15 goals, in 27 games with the Blazers.——Peter Anholt, the general manager of the Lethbridge Hurricanes, continued to shake up things with a team that he obviously feels is under-achieving. 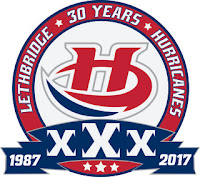 Earlier this month, Anholt dealt F Brayden Burke, the team’s leading scorer, to the Moose Jaw Warriors. On Tuesday, Anholt placed D Kord Pankewicz on 20-year-old waivers, and filled that roster spot with D Shaun Dosanjh.Dosanjh began this season with the Prince George Cougars, before being claimed off waivers by the Kamloops Blazers when they lost D Dallas Valentine, 20, to an elbow injury. Valentine returned from a 19-game absence on Friday, so the Blazers placed Dosanjh on waivers.The Hurricanes had acquired Pankewicz from the Brandon Wheat Kings in September 2014. This season, he has a goal and eight assists in 24 games. In 155 regular-season games with Lethbridge, he put up 97 points, including 85 assists. Including his 88 games with Brandon, Pankewicz has 112 points, 99 of them assists. Brandon selected him 11th overall in the 2011 bantam draft.Dosanjh was a third-round pick by the Vancouver Giants in that 2011 bantam draft. This season, he has a goal and three assists in 18 games. In 142 career regular-season games, Dosanjh has three goals and seven assists.The Hurricanes (11-11-3) have won four straight games. They hold down the Eastern Conference’s second wild-card spot, but are just one point behind the third-place Edmonton Oil Kings in the Central Division.——Elliotte Friedman of Sportsnet filed his weekly 30 Thoughts essay on Tuesday and, as usual, it is highly readable. In this instance, he takes a look at the changes with the Florida Panthers. . . . And if you look hard enough you might even find my name in there somewhere. It’s still a great read and it’s right here.——If you’ve got a comment, some information you would like to pass along, or if you just want to say hello, feel free to contact me at greggdrinnan@gmail.com.If you would like to donate to the cause, please visit the bottom of this post and go right ahead.———

The ECHL’s Norfolk Admirals have fired head coach Rod Aldoff and brought in Robbie Ftorek, a former NHL head coach, as the replacement. . . . The Admirals were 2-11-4 at the time of the change. . . . Aldoff, who is from Lethbridge, was hired in June to replace Eric Veilleux, now an assistant coach with the AHL;’s San Antonio Rampage. Aldoff had guided the Pensacola Ice Flyers to last season’s SPHL title. . . . Ftorek, 64, last coached in 2013-14 when he was an assistant coach with the AHL’s Abbotsford, B.C., Heat.———

The Kootenay Ice won’t have D Troy Murray in the lineup tonight when they meet the Silvertips in Everett tonight. Murray drew a TBD suspension after taking a checking-from-behind major and game misconduct for a hit on Edmonton F Artyom Baltruk in a 5-3 loss to the visiting Oil Kings on Sunday. Baltruk is shown on this week’s roster report as being out TBD with an upper-body injury.———

At Medicine Hat, F Zach Fischer had a goal and two assists to help the Tigers to a 4-1 victory over the

Kootenay at Everett, 7:05 p.m.Seattle at Kamloops, 7 p.m.Prince Albert at Lethbridge, 7 p.m.Saskatoon at Red Deer, 7 p.m.Portland at Spokane, 7:05 p.m.Kelowna vs. Tri-City, at Kennewick, Wash., 7:05 p.m.Brandon at Victoria, 7:05 p.m.
There has never been a subscription fee for this blog, but if you enjoy stopping by here, why not consider donating to the cause? Just click HERE. . . and thank you very much.