For the younger generation going "Who?", #ZsaZsaGabor was a Kardashian before there were Kardashians.— Janice Hough (@leftcoastbabe) December 19, 2016

“Zsa Zsa Gabor has died at 99,” reports Bill Littlejohn, our South Lake Tahoe, Calif.-based correspondent. “Wild celebrations broke out in chinchilla communities around the world.” . . . “Joining Leonard Fournette and Christian McCaffrey on the sidelines for their teams’ bowl games is North Carolina's Elijah Hood,” Littlejohn tells us. “Good grief! Is this the bowl season or the Major League Baseball All-Star Game?” . . . To which Janice Hough, aka The Left Coast Sports Babe, chimes in: “Or the Pro Bowl?” . . . Littlejohn, again: “Richard Sherman of the Seattle Seahawks has told a radio talk show host that ‘I'll ruin your career.’ If that happens, expect the Democrats to try and get him on Rush Limbaugh.” . . . One more from Littlejohn: “Snow has fallen on the Sahara Desert for the first time in 40 years — another sign of hell freezing over and the Apocalypse in conjunction with the Chicago Cubs having won the World Series.” . . .

“There is still no word on performers at Donald Trump’s inauguration,” Hough tells us. “Maybe Trump can get a chorus together to sing Putin on the Ritz.” . . . As for rumblings that Trump soon is to reveal his new Secretary of Veterans Affairs soon, Hough asks: “Can I put money on a billionaire draft-dodger with no health-care experience?” . . . The New England Patriots added receiver Michael Floyd after the Arizona Cardinals released him following his DUI arrest. Later, a police video was released that showed Floyd’s arrest in all of its ugliness. However, Patriots head coach Bill Belichick has said that video won’t have any impact on Floyd’s status. “Well, yeah,” Hough writes, “by comparison, not like he shot anyone or anything.” . . . 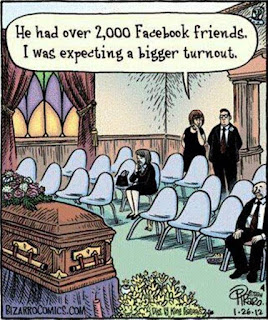 In two weeks, the price of gas in Kamloops went from 99.9 cents to $1.16.9 for a litre of regular. So you know who gets the award for being The Biggest Grinch of Christmas 2016. . . . Perhaps we should be thankful it didn’t go all the way to $2. . . . Headline at Fark.com: Ezekiel Elliott scores touchdown, immediately donates self to Salvation Army. . . . Also from fark.com: NFL announces the players who will try to skip the Pro Bowl. . . . “There is a golf tournament in northern Oregon exclusively for marijuana smokers and growers,” writes Brad Dickson of the Omaha World-Herald. “It’s the second athletic competition of its type. The other, of course, is called the NBA season.” . . .
“The Texas Longhorns generated a record $3.1 million in revenue from 2016 in-game alcohol sales,” RJ Currie of SportsDeke.com reports. “They also finished 5-7, but fans really didn't seem to mind.” . . . Currie, again: “First-year centre Auston Matthews is on pace to surpass a Toronto rookie scoring record. Typical of the Buds: still near the division basement despite turning over a new Leaf.” . . . 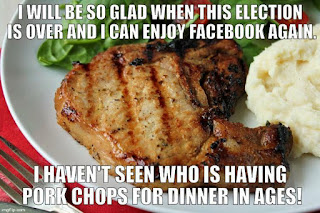 Here’s Dwight Perry of the Seattle Times: “From the Sometimes These Items Just Write Themselves file comes word that the inaugural Celebration Bowl — won 10-9 by Grambling State over North Carolina Central — was decided on a blocked PAT that had been moved back 15 yards. Because of an excessive-celebration penalty.” . . . “Cheerleading has been granted three-year provisional status in hopes of becoming an Olympic sport,” Perry notes. “If it ever comes to fruition, you’ve got to like Egypt’s gold-medal chances in the pyramid competition.” . . . Perry, again: “NBC says it will roll out the Olympic Channel on select cable and satellite systems next summer. Apparently the peacock people still have a huge backlog of tape delays from the 1988, 1992 and 1996 Games that they haven’t shown yet.”
(Gregg Drinnan is a former sports editor of the Regina Leader-Post and the late Kamloops Daily News. He is at greggdrinnan@gmail.com and twitter.com/gdrinnan. Keeping Score appears here on weekends, except when it doesn’t.)
There has never been a subscription fee for this blog, but if you enjoy stopping by here, why not consider donating to the cause? Just click HERE. . . and thank you very much.