Here's the most awesome thing I've seen in awhile. My buddy Craig Cunningham is making amazing progress in his rehab. This kid is a winner pic.twitter.com/Id0mErdN0y— Ray Ferraro (@rayferrarotsn) March 9, 2017

As if there was any doubt, we now know — officially — with which side of the Nanaimo arena referendum the WHL is riding.WHL commissioner Ron Robison was quoted in a statement that was issued Tuesday: “Should (Nanaimo) approve the construction of a new events centre facility (that) meets WHL standards, a WHL franchise will enter into a 20-year lease and begin operating out of the Frank Crane Arena next season.”

That promise is said to be included in a memorandum of understanding agreed to and signed by the City of Nanaimo and the WHL. The league has told the City that a Nanaimo franchise would include ownership “of the highest calibre” and that an ownership group would include a local flavour. However, no specifics were included in the statement.On Wednesday, a source told Taking Note that “there is an offer, and has been for some time, to keep the Ice in Cranbrook.”That source claims that a local group has “met the price set by the Chynoweth family, but now has been told by the Chynoweths and the league that the offer won’t be considered until after the results of the referendum are known.”Jeff Chynoweth, the Ice’s governor, president and general manager, couldn’t be reached for comment Wednesday night.A referendum will be held in Nanaimo on Saturday, with voters being asked:“Are you in favour of the City of Nanaimo Council adopting Loan Authorization Bylaw 2017 No. 7237 which will authorize Council to borrow a sum not exceeding $80,000,000, repayable over a period of no more than 20 years, for the development and construction of an event centre that will include an ice arena and other related entertainment, cultural and recreation facilities?”Taking Note was told a while ago that the WHL is preparing two 2017-18 schedules, one that includes the Ice and one that has a Nanaimo franchise in place of Kootenay.——If you enjoy stopping off here and would care to make a donation to the cause, please feel free to do so by clicking on the DONATE button and going from there.If you have some information you would like to share or just a general comment, feel free to email me at greggdrinnan@gmail.com.If interested, you also are able to follow me on Twitter at @gdrinnan.——The Brandon Wheat Kings were to have played the Warriors in Moose Jaw on Wednesday night, but the game was postponed in the aftermath of what may have been the worst blizzard in that area since 1959. . . . The game was rescheduled for March 15. . . . At the time of the announcement, the Trans-Canada Highway was open from Virden into Saskatchewan, but remained closed from Brandon to Virden. However, there still were an untold number of abandoned big rigs, trucks and cars along the highway, all of which could have interfered with traffic.——

The 2017 CIBC Canada-Russia Series will stop in Swift Current and Moose Jaw this time around. The six-game series is to run from Nov. 6 through Nov. 16, starting in Moose Jaw on Nov. 6 and Swift Current on Nov. 7. . . . The OHL’s games are scheduled for Owen Sound on Nov. 9 and Sudbury on Nov. 13. The QMJHL stops will be in Charlottetown on Nov. 14 and Moncton on Nov. 16. . . . This will be the 15th annual series, with CHL teams holding a 58-19-7 edge. The Russians have sent better teams as the series has gone on and have won three series since 2010. The CHL won the 2016 series, 13-5. . . . Of the players who played in 2016, 15 were with Team Canada at the 2017 World Junior Championship, while 14 were on the Russian team. Canada won silver, with Russia taking the bronze medal.——The Prince Albert Raiders have added F Nikita Krivokrasov, 16, to their roster for the remainder of this season. Krivokrasov was in training camp with the Raiders prior to this season and signed with them at that time. He had 14 goals and 18 assists in 22 games with the U-16 Rocky Mountain Roughriders this season. He is the son of former NHLer Sergei Krivokrasov. Nikita was born in Moscow, Russia, but played some minor hockey in North America so isn’t classified as an import player.——

Hockey Canada broke with tradition on Wednesday and has returned the 2017 national junior team coaching staff for another go-round. Dominique Ducharme, the head coach of the QMJHL’s Drummondville Voltigeurs, is the head coach, with Tim Hunter of the WHL’s Moose Jaw Warriors and Kris Knoblauch of the OHL’s Erie Otters back as assistant coaches. . . . The trio was behind Canada’s bench in January when it won a silver medal, losing the gold to Team USA. . . . “This is a unique opportunity to return an entire coaching staff that came within a shot of winning gold last year,” Scott Salmond, Hockey Canada’s vice-president of hockey operations and national teams, said in a news release. “The Program of Excellence Policy Committee unanimously agreed that it was in the best interest of the program to keep this coaching staff together and that their experience will provide us the best opportunity of winning gold in 2018.” . . . The 2018 tournament is scheduled to be held in Buffalo, N.Y.———

After 30 yrs with @Milshockey trainer, Dave "Melly" Melnychuk is retiring. Thanks for everything Melly, truly one of a kind & great friend pic.twitter.com/EQwah0QJbQ— Benny Walchuk (@BennyGX94Sports) March 9, 2017 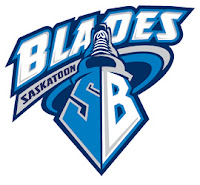 Victoria’s Griffen Outhouse, in his 60th appearance of the season, blocked 45. . . . Kamloops was 1-4 on the PP; Victoria was 0-2, including a five-minute PP early in the first period. . . . This one featured a fight six seconds into the game between F Jared Dmytriw of the Royals and Kamloops F Deven Sideroff. Both players received fighting majors and game misconducts. Flash back to Feb. 11. Dmytriw was given a headshot major and game misconduct for a hit on Sideroff. Sideroff missed one game; Dmytriw drew a three-game suspension. . . . Don Hay, the Blazers’ head coach, said that he “forgot about that situation” and that had he remembered he likely wouldn’t have had Sideroff in the starting lineup. . . . Just 1:28 later, Kamloops D Andrej Vala was handed a kneeing major and game misconduct for a hit on Victoria F Vladimir Bobylev, who needed help getting off the ice but returned to the game. . . . There’s history there, too, as Vala was given a two-game suspension, under supplemental discipline, for a hit on Victoria F Tyler Soy in that Feb. 11 game. Soy has yet to return to the Royals’ lineup. . . . Hay said he didn’t think Vala’s hit was worth a major, “especially with (Bobylev) coming back, but the ref has to make the call right then.” . . . Jon Keen, who calls the play-by-play of Blazers games on Radio NL, worked his 1,000th game — 499 with the Swift Current Broncos and 501 with Kamloops. . . . Announced attendance: 3,896.——At Lethbridge, D Brady Poteau scored at 3:50 of OT to give the Hurricanes a 2-1 victory over the