Like a monster in a horror movie, just when you thought the mumps had left the WHL, the illness may have raised its ugly head again.The Brandon Wheat Kings, Medicine Hat Tigers and Swiift Current Broncos have dealt with mumps

outbreaks in the recent past. But with no new cases in the past week or two it was hoped that the worst was over.
However, the Victoria Royals, in Kamloops for a Wednesday/Friday doubleheader with the Blazers, isolated head coach Dave Lowry and one play before the second game after they showed symptoms of mumps.Cam Hope, the Royals’ general manager, told Taking Note that no one was yet sure if it is the mumps, “but always better to be safe than sorry until test results (come) back.”Hope added that the Royals had “isolated a player and coach as per protocol.”Prior to Friday’s game in Kamloops, arena security posted warnings throughout the arena, asking fans to stay away from players. This is the same protocol that was followed last month.With Lowry gone, assistant coach Dan Price controlled the bench with help from Hope, who ran the defence.Price said prior to the game that he couldn’t remember the last time he had flown solo behind a bench, so was grateful to have Hope there.Doug Bodger, the Royals’ other assistant coach, wasn’t in Kamloops with the team, but is expected to get to Kelowna in time for a Saturday game with the Rockets.The Royals, playing their third game in four nights, lost 6-2 to the Blazers last night. Victoria will play its fourth game in five nights today in Kelowna.——If you’re a hockey fan, this piece right here may be the best thing you will read in 2017. Eric Duhatschek of The Globe and Mail explores how coaching in the NHL got from there to here, and it’s fantastic.——The owners of the Elmira Jackals have informed the ECHL that they won’t return for another season. The ECHL’s board of governors already has approved the request for a voluntary suspension of operations. The Jackals have been in operation for 17 years. . . . This follows on the heels of an announcement by the Anchorage-based Alaska Aces that they won’t be back for another season. . . . At the moment, the ECHL includes 27 teams — one in Canada and 26 scattered across the U.S. It once was known as the East Coast Hockey League but now simply is the ECHL.——If you enjoy stopping off here and would care to make a donation to the cause, please feel free to do so by clicking on the DONATE button and going from there.If you have some information you would like to share or just a general comment, feel free to email me at greggdrinnan@gmail.com.If interested, you also are able to follow me on Twitter at @gdrinnan.———

Mike Reagan will be back for an 11th season with the SJHL’s Flin Flon Bombers. It will be his 11th season as the team’s head coach. For the past five seasons, he also has been the general manager. The Bombers will make their 10th playoff appearance under Reagan this season. He was working under a one-year contract that was agreed to in May. A Toronto native, Reagan will turn 38 on March 18. He played two seasons (1998-2000) with the Bombers before spending four seasons at Sacred Heart University. . . . Reagan has a 316-206-48 regular-season record with the Bombers, who reached the championship final last season. This season, they finished 39-14-5 and atop the Sherwood Division.——After 15 seasons, Walt Kyle is out as head coach of the Northern Michigan U Wildcats, who play out of Marquette. The school made the announcement early Friday.Later in the day, the Marquette Country Sheriff’s Office arrested Kyle. He was charged with one count each of residential mortgage fraud and forgery of documents. He was released on bond. According to Sam Ali of ABC 10 Sports in Marquette, “The case alleges that Kyle committed forgery and fraud with River Valley Bank while obtaining a mortgage in 2014.”George Hyde, Kyle’s attorney, released this statement on Friday night:"These charges against my client, Mr. Walt Kyle, are extremely unfortunate and a prime example of misunderstanding and misrepresentation of the facts."The facts are the following: while married to his former wife, his former wife granted him a general power of attorney on her behalf, which authorized him to sign her name on her behalf on any financial documents. While still married, Mr. Kyle and his then wife, Ann Kyle, jointly decided to refinance an existing bank loan in order to complete certain home repairs. Mr. Kyle did nothing more than sign his wife's name to the loan documents, with his wife's full knowledge and consent. The home repairs were completed while Mr. Kyle and Ann Kyle were still married."During subsequent divorce proceedings, Ann Kyle sought to avoid responsibility for the loans by falsely claiming no knowledge of them. That didn't work, and the judge in the divorce correctly determined that the loan was a joint debt. This loan was paid in full during the divorce proceedings."Undeterred, Ann Kyle has since convinced a local sheriff deputy to seek charges against Mr. Kyle, despite the existence of the valid power of attorney that Ann Kyle had granted her husband."The bottom line is this: Mr. Walt Kyle did nothing wrong and broke no laws whatsoever. These charges are the unfortunate result of his former wife's campaign to disparage him, which is ironic given her criminal behavior during their divorce proceedings that until now Mr. Kyle has been reluctant to report to the authorities."Kyle was 265-263-68 as the Wildcats’ head coach, including 13-22-4 this season. Their season ended with a three-game loss to Bemidji State in the WCHA quarterfinals. . . . Kyle spent nine seasons (1981-92) as an assistant coach at NMU. . . . He played his junior and senior seasons with the Wildcats, captaining the team both seasons. . . . Kyle spent two seasons in the WHL (1992-94) as head coach of the Seattle Thunderbirds.———

The @WHLHitmen swarm @CodyPorter31 as they pull off a 4-3 win over @WHLHurricanes. These 2 teams battle again tomorrow in #yql. #WHL #yyc pic.twitter.com/WCtwrbOHcZ— Joe McFarland (@JoeMcFarland) March 11, 2017

At Calgary, the Hitmen erased 2-0 and 3-2 deficits en route to a 4-3 victory over the Lethbridge Hurricanes. . . . They meet again tonight in Lethbridge. . . . F Jakob Stukel pulled Lethbridge into a 3-3 tie


This picture says everything you need to know about this 3rd period @blazerhockey #kamloops @victoriaroyals pic.twitter.com/rxILws64ks— Jeremy Bosch (@JerBosch) March 11, 2017

At Kamloops, the Blazers scored a 6-2 victory over Victoria, completing a Wednesday/Friday doubleheader sweep of the Royals. . . . Kamloops had won 5-2 two nights earlier. . . . The Blazers scored 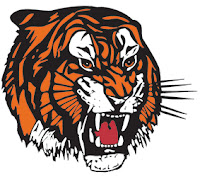 
Thank you @MapleLeafs for this banner to honour one of our greatest citizens! #loveJohnny #paproud pic.twitter.com/2IB1JUJCWK— City of PA (@cityof_pa) March 11, 2017


The #SCBroncos are in good spirits after @T_Steener scores his second of the night and 49th of the season. #WHL. pic.twitter.com/bJHbxZNRHA— Darren Steinke (@StanksSports) March 11, 2017

At Saskatoon, the Swift Current Broncos erased a 2-0 deficit with four straight goals and went on to beat

At Kent, Wash., D Ethan Bear broke a 2-2 tie at 7:45 of the third period as the Seattle Thunderbirds beat

Prince Albert at Brandon, 7:30 p.m.Medicine Hat at Edmonton, 7 p.m.Vancouver at Kamloops, 5 p.m.Victoria at Kelowna, 7:05 p.m.Calgary at Lethbridge, 7 p.m.Regina at Moose Jaw, 7 p.m.Seattle at Portland, 6 p.m.Kootenay at Red Deer, 7 p.m.Prince George at Spokane, 7:05 p.m.Saskatoon at Swift Current, 7 p.m.Everett vs. Tri-City, at Kennewick, Wash., 7:05 p.m.
There has never been a subscription fee for this blog, but if you enjoy stopping by here, why not consider donating to the cause? Just click HERE. . . and thank you very much.