We’re excited to announce to our fans the return of Steve Priolo for the 2017 Western Lacrosse Association season.

One of the key contributors to the Shamrocks 2015 Mann Cup championship, Priolo returns to the green and white to anchor the defense, having been obtained in an inter-provincial transfer from the Brooklin Redmen of Ontario’s Major Series Lacrosse. 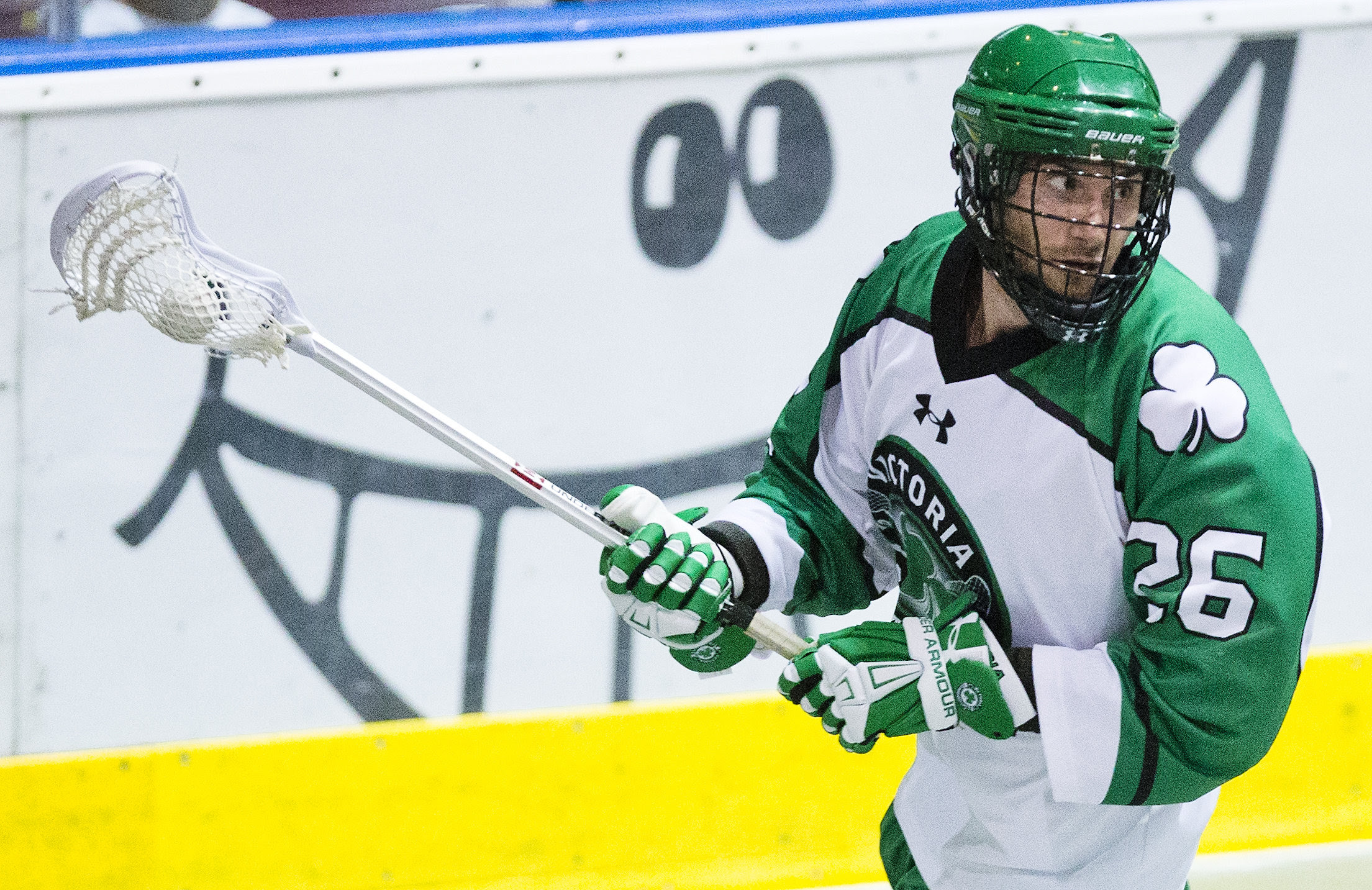 The 28 year-old native of St. Catharines, Ontario brings not just imposing size at 6’ 5” and 235 lbs., he also brings impressive credentials, having been a finalist for the Defender of the Year in the National Lacrosse League for the past four consecutive seasons. In 2015, he followed up on the Mann Cup championship by winning a gold medal with Team Canada at the World Indoor Lacrosse Championship.

Priolo, who is fully committed to the Shamrocks and expected to be in the lineup on opening night May 19th, is looking forward to his return, “I’m very excited to be back in Victoria,” he said. “This city, team and fans always treat you like a part of the family.  Playing for the Shamrocks is second to none.”

“Steve is a proven difference maker, opposing teams absolutely hate seeing this guy on the floor,” said Shamrocks general manager Chris Welch. “He has a rare combination of size, skill, and toughness plus he can be just flat-out mean, yet off the floor you couldn’t find a nicer, more easy going guy with tremendous character. We couldn’t ask for a better leader in our quest to get back to the top.”