Rio Olympians, Genevieve Lalonde of Monton, N.B., and Andrea Seccafien of Guelph, Ont., headline the women’s 1500-metres at the June 14 Speed River Inferno in Guelph, Ont. The Speed River Inferno is the second of three meets on the schedule for the 2017 National Track League. The Series kicks off June 10 in Halifax, N.S., with the Aileen Meagher International Track Classic, and will conclude June 28 in Coquitlam, B.C., with the Harry Jerome International Track Classic. 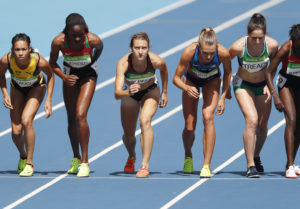 Lalonde lining up for the 3000mSC in Rio

Over the next couple of weeks, the Speed River Inferno will release the full meet lineup which overall counts 21 Olympians from 11 countries.

Lalonde, the Canadian record holder in the 3000-metre steeplechase, will step down in distance after recently placing ninth at the Prefontaine Classic. Seccafien, a Rio Olympian and the 2016 Canadian 5000-metres champion, recently achieved the IAAF World Championship standard in her premier event. 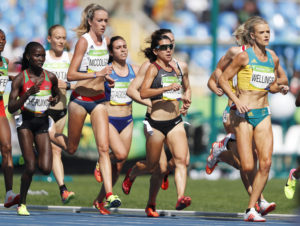 Seccafien at the Rio Olympics in the 5000m

A quartet of young stars will challenge Lalonde and Seccafien, including Lucia Stafford of Toronto, Alexandra Lucki of Toronto, Kate Ayers of Orilia, Ont., and Aurelie Dubé-Lavoie of Québec. Ayers, Lucky and Stafford represent the last three women’s U20 1500-metres national champions.

The Speed River Inferno will also include Athletics Canada’s Canadian 10,000-metres Championship. The action will start at 7 p.m. At the University of Guelph Alumni Stadium.