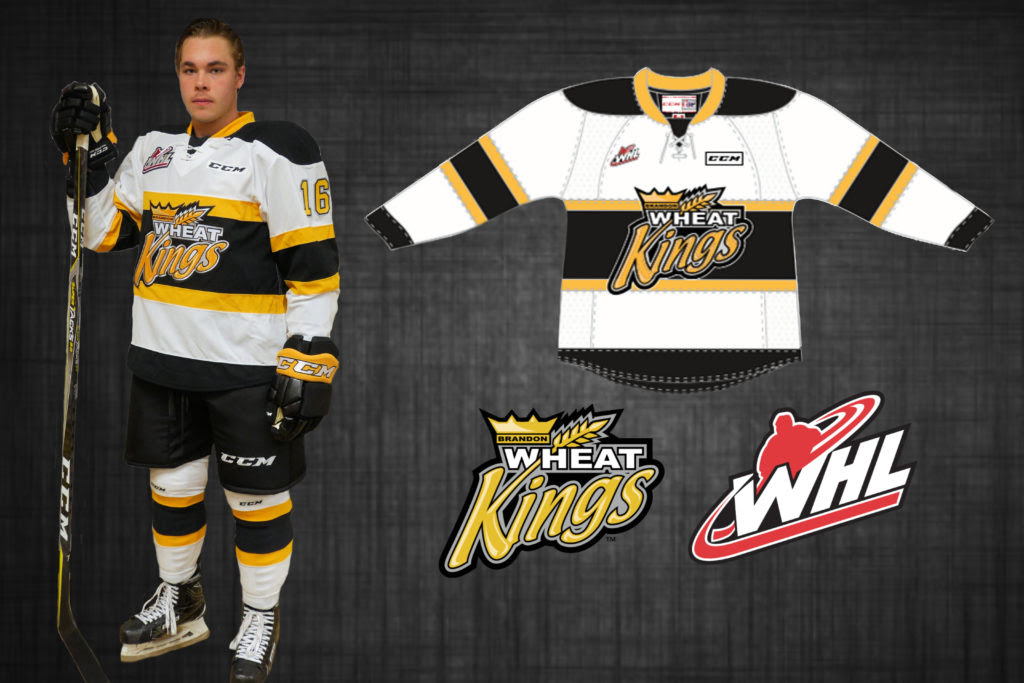 The white jerseys will be worn on the road for the first half of the season, before becoming the home jerseys after Christmas. However, the Wheat Kings have announced plans to debut the jerseys during their Home Opener on September 22nd against the visiting Regina Pats.

The new white jersey features black on the shoulders and hemline and reversing the colours. The design was loosely based on the Wheat Kings’ 2010 Memorial Cup jersey and will fit in nicely with the ’49 Vintage style thirds as well.

As with the jerseys introduced in 2009, they will be anatomically designed to work in unison with protective equipment and consists of advanced materials which will continue to provide better ventilation for the players.