The Canadian Hockey League today announced the week two edition of the CHL Top-10 Rankings for the 2017-18 season.  The weekly rankings of the CHL’s Top-10 teams are selected by a panel of National Hockey League scouts.

Remaining in the top spot were the Regina Pats, who split their opening weekend games with the Brandon Wheat Kings. Friday, they took an 8-1 loss in Brandon, Man., but rebounded with a 4-3 victory in their home opener at the Brandt Centre Saturday to score their first win on the season. Matt Bradley has been an early leader for the Pats, tallying three goals in his first two games while three others sit tied at two points. This is the Pats’ second week on the CHL Top 10.

The Pats are at home Wednesday against the Swift Current Broncos before weekend games against the Moose Jaw Warriors and Red Deer Rebels.

Moving up were the Portland Winterhawks, who jumped up one place to the four spot from the pre-season rankings. The Winterhawks opened their season on the road with a 7-4 victory over the Everett Silvertips. Kieffer Bellows and Cody Glass each had three-point games, while a pair of other players had multi-point efforts.

After spending two weeks on the list of the CHL’s best, the Winterhawks will look to make it three in a row after hosting the Seattle Thunderbirds and Prince George Cougars this coming weekend.

The third and final WHL team in this week’s rankings came from the Okanagan, as the Kelowna Rockets moved up from a honourable mention to the seventh-place team. On the strength of an eight-point effort by Kole Lind, the CHL Player of the Week, the Rockets earned a home-and-home sweep of the rival Kamloops Blazers.

Captain Cal Foote had a six-point weekend while both Jack Cowell and Kyle Topping each had four-point weekends.

The Rockets are at home against the Everett Silvertips this weekend in their lone contest. This was the Rockets’ season debut on the CHL Top 10. 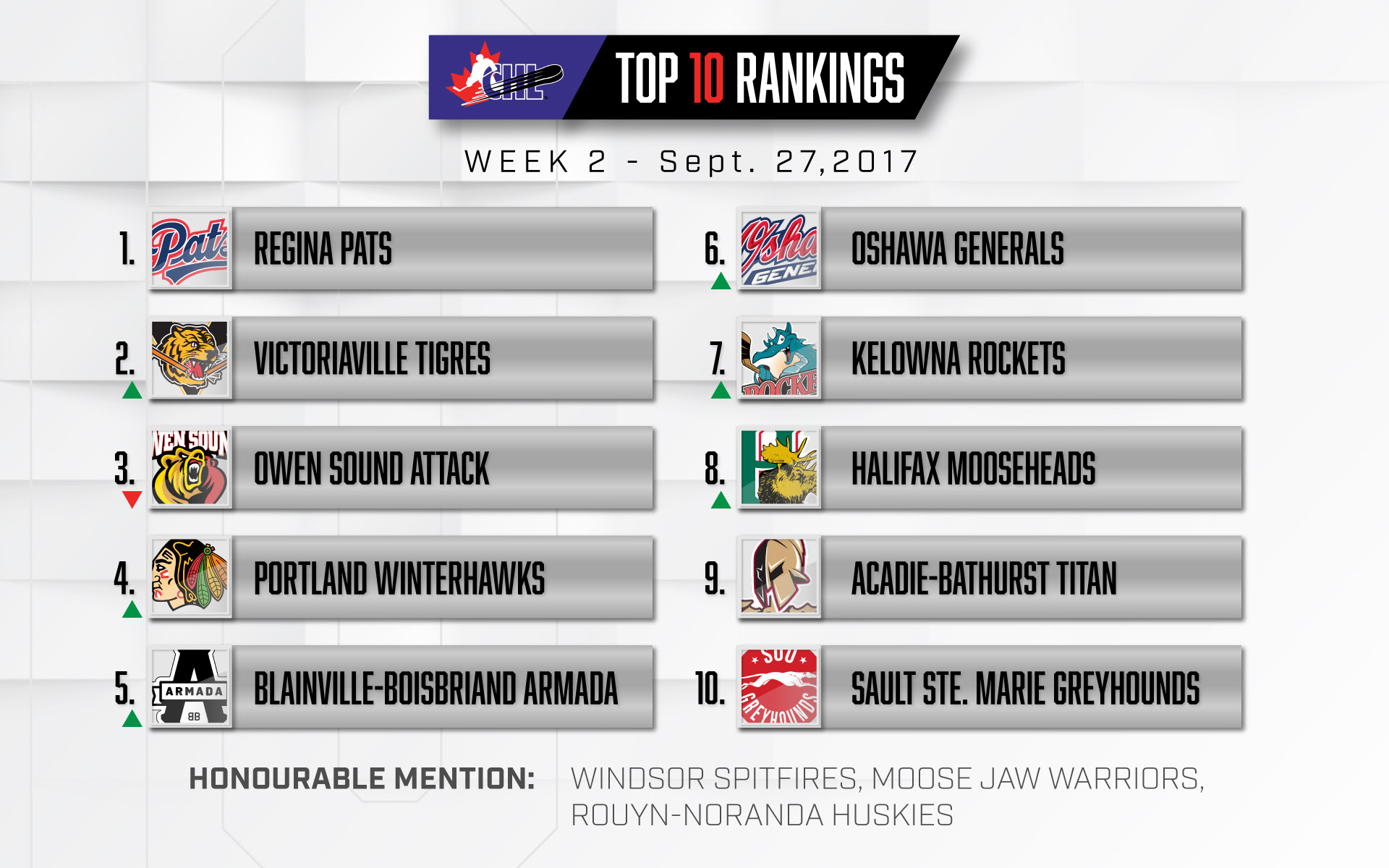