The host Thompson Rivers WolfPack are the 2017 U SPORTS men’s soccer bronze medalists.

In an all-Canada West battle, the WolfPack met the Canada West champion UBC Thunderbirds and gave the sellout crowd of 1,000 something to smile about, beating the T-Birds 3-2 in penalty kicks.

The WolfPack opened the scoring in the 23rd  minute when three-time Canada West all-star Ryan Glanville got a head-man pass from Justin Donaldson and cut towards the centre of the field. The 33-year-old U SPORTS Academic All-Canadian went from right to left foot and chipped it under the diving UBC keeper Chad Bush. It was the second goal the tournament for Glanville, who was playing his final U SPORTS match. 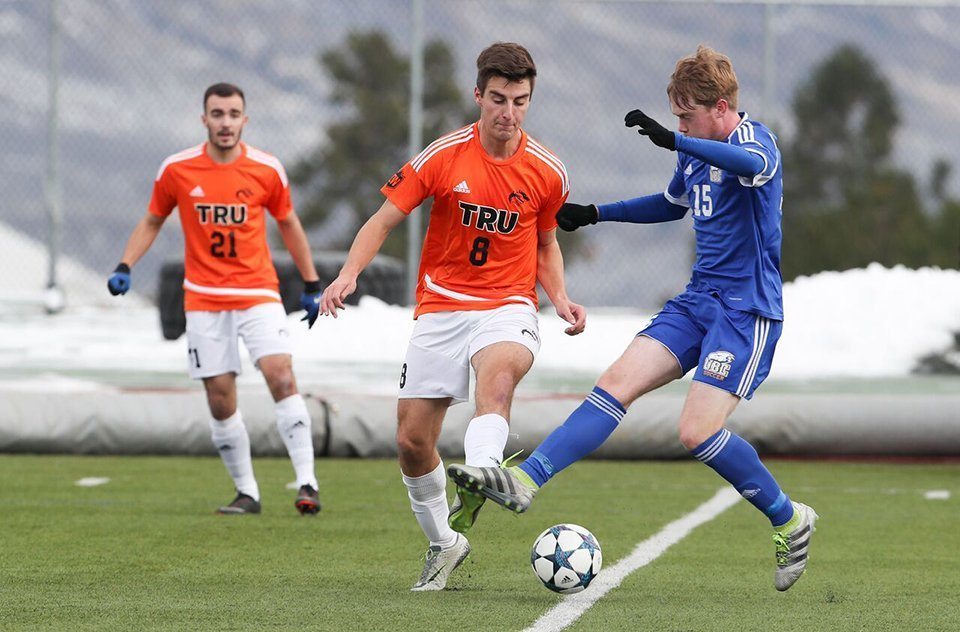 TRU carried  the 1-0 lead into the half.

The Thunderbirds infused some new faces in the second half giving the team some life and pressuring the WolfPack back end.  TRU didn’t bend though, and in the 60th minute, Glanville had another glorious chance as he evaded a defender and went in close on Bush, but the ball bounced the opposite direction.

In the 63rd minute, UBC turned over the ball and Glanville turned to his left, spotting Canada West player of the year Mitchell Popadynetz.  He got a piece of the ball, bouncing it past Bush and into the net for a 2-0 lead..

Having come back several times this season, the Thunderbirds would cut the margin in half  in the  68th minute, when Zach Verhoven was hauled down by WolfPack rookie Anatoli Leveille in the box.  A penalty kick was awarded and Kyle Sohi beat TRU keeper Allan Connor low left side.

In the 86th minute, UBC got a corner kick and Ryan Arthur converted it to tie up the match at two. That set the stage for a dramatic penalty kick contest to decide the medal.

TRU’s Popadynetz, Thomas Lantmeeters and James Fraser scored while goalkeeper Connor stopped two UBC shooters and had the other one fired wide.

“This is one of the greatest days of my life,” Glanville said afterwards. “One of these things about how far we have come. The pressure on the entire team to make everyone proud in Kamloops and the university. It was such a nice relief to beat UBC on our home soil — a team which we have always had trouble with. Then to win it in PKs, you couldn’t have asked for more. It was a fantastic way to end a career.”

The match was also the last of Connor’s varsity career for the WolfPack.

“This is amazing. What a way to go out,” he said. “To come back and play in the championship at home and win a medal. I was with the team twice before in the (CCAA) days. The best we could do was fourth in Halifax and fifth at home.  The fans have been fantastic. We beat three of the top five teams in the nation in the last six days. It’s been fantastic. It’s been so special to win it here. My wife is here. My son is here and to have them witness it is very special.

“It’s a lot of pressure,” Connor added about having to face penalty kicks. “I have a lot of confidence going into penalties. We have been in them a lot of times before. The guys give me that confidence. I know we can score. Our shooters are great as you saw.  That takes the pressure off me.  All I have to do is make a save.”

When the WolfPack posed for their team photo, a few players held an armband with the name “Sebby” on it, in honor of former teammate and assistant coach Sebastian Gardner who passed away from cancer last year.  Holding the armband high was another player concluding his university career, Brandon Mendez, who reflected on that bond.

“When I came back, I wanted to dedicate my entire season to Seb. Winning this game was something he would have liked to be a part of it,” said Mendez.  “He is a fighter. He would have loved every minute of it. That was a really big thing.  A lot of new kids who didn’t know him embodied his character. It was amazing to see.”

The bronze is the second national medal in school history for Thompson Rivers, after the WolfPack men’s volleyball team finished third in 2008. 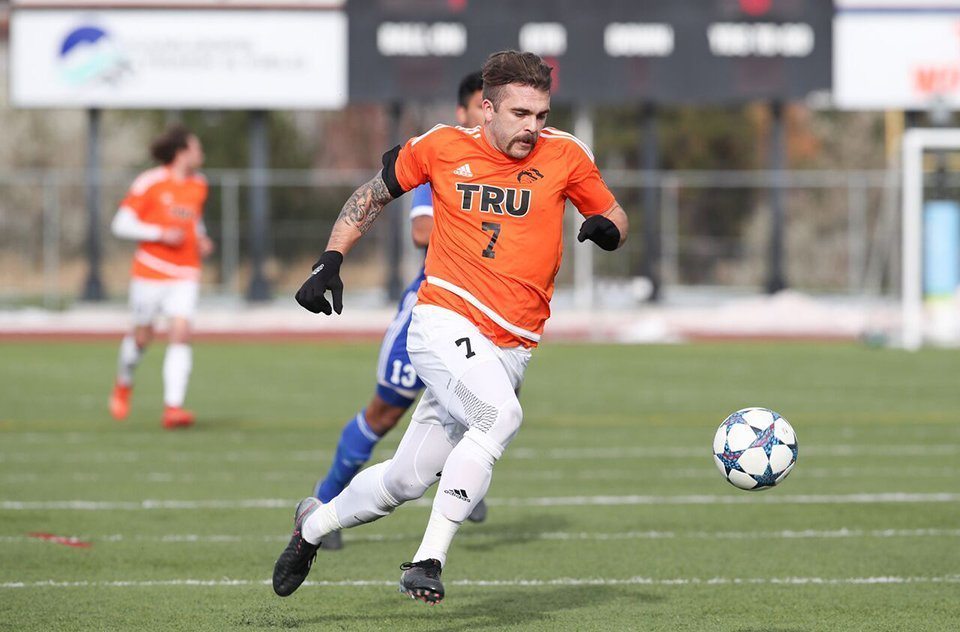 PLAYERS OF THE MATCH: