The Trinity Western Spartans took bronze over the Western Mustangs with a 3-1 victory at the 2017 U SPORTS Women’s Soccer Championship Sunday afternoon at the Subway Soccer South Complex in Winnipeg, Man.

“I’m just really proud of their resiliency and their desire to finish on a high note,” said Spartans head coach Graham Roxburgh. “There’s still that bitterness because we probably felt like we deserved to be in a final this year based on our season, but to cap it off with winning a bronze isn’t too shabby.”

The Mustangs had a brief swing of momentum, but could not overcome the Spartans’ dominance. 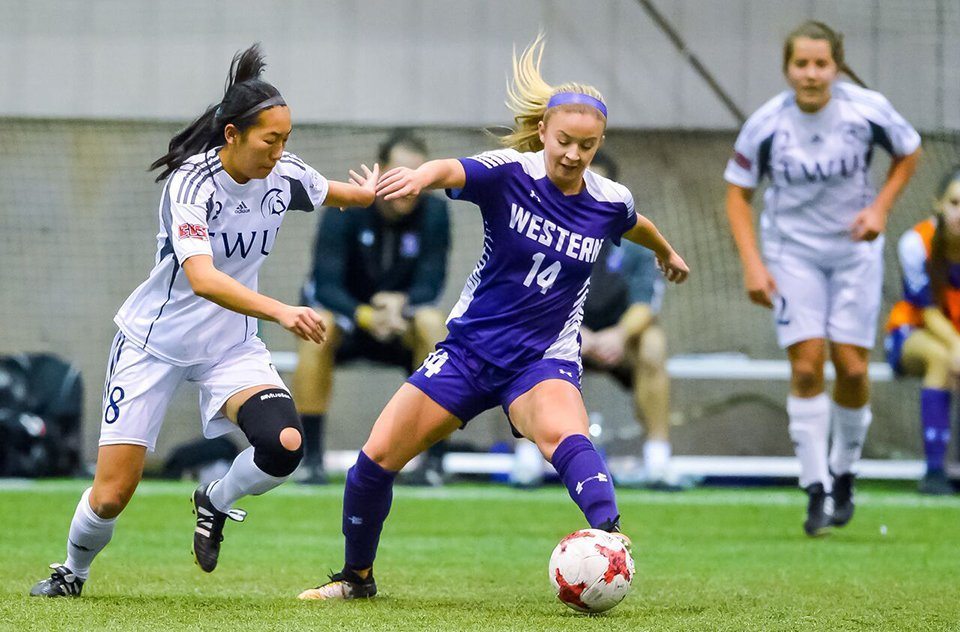 Amy Gartke opened the scoring for the Spartans with an open-play goal in the third minute.

Mustangs midfielder Maddy Johnston then had a breakaway in the 57th minute, but was fouled inside the box by Spartans goalkeeper Christina Oliverio. Jenna White scored on the ensuing penalty kick to tie the game 1-1.

The Spartans bounced right back nine minutes later, as Kathleen Chin scored a low-kick goal off a Spartan turnover in the 66th minute.

Seven minutes later, the Spartans’ Rachel Hutchinson worked her way through traffic and found the back of the net extending the Spartans’ lead 3-1.

The Spartans dictated possession throughout the match with 18 shots to the Mustangs’ eight.

“Credit to Trinity. They were very good, and they punished us,” said Mustangs head coach Martin Painter. “We definitely achieved a lot more than we expected to this season with such a young team. We’ve got to use this as a learning experience…we’re not ready to compete for a national championship yet.”

Chin was named player of the game for Trinity Western, while Girardi was awarded Western’s honour.

“At the end of the day we wanted to end off our season on a win,” said Chin. “(Western) gave us a fight, especially after that penalty. The momentum really could have shifted.” 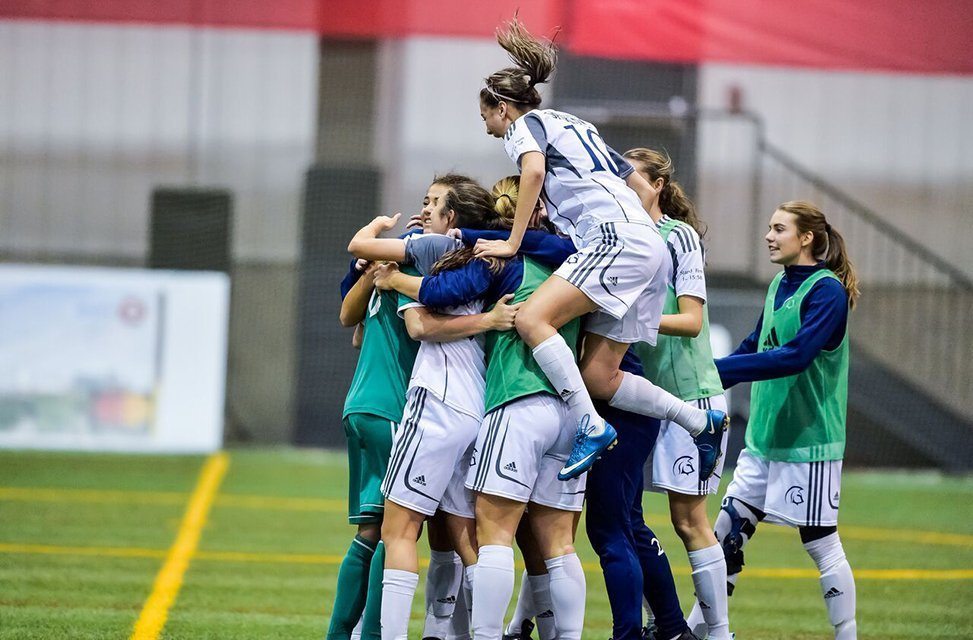 Players of the Game: