The Western Hockey League announced today that Seattle Thunderbirds forward Nolan Volcan has been named WHL On the Run Player of the Week for the week ending December 17, 2017.

Volcan recorded seven points (2G-7A) in only two games this week as the Thunderbirds won back-to-back games to close out the pre-holiday schedule.

Friday, the 19-year-old product of Edmonton, Alta., collected a goal and an assist as the Thunderbirds defeated the Prince George Cougars by a 5-3 margin at the accesso ShoWare Center in Kent. Volcan was awarded first star recognition for his efforts. He followed up with a five-point outburst, including a goal and four assists, as the Thunderbirds soared in a 10-3 road win over the Spokane Chiefs on Sunday evening. Volcan’s offensive explosion earned him first star honours in Spokane.

Volcan was originally selected in second round (27th overall) by the Thunderbirds at the 2013 WHL Bantam Draft. In 226 career WHL regular season games, he has collected 134 points (54G-80A). Through 44 career WHL Playoff games, he has 17 points (7G-10A) to his credit.

Volcan and the Thunderbirds return to action following the Christmas break with a home-and-home set against the Spokane Chiefs, beginning Wednesday, December 27 at Spokane and wrapping up Friday, December 29 back in Kent. 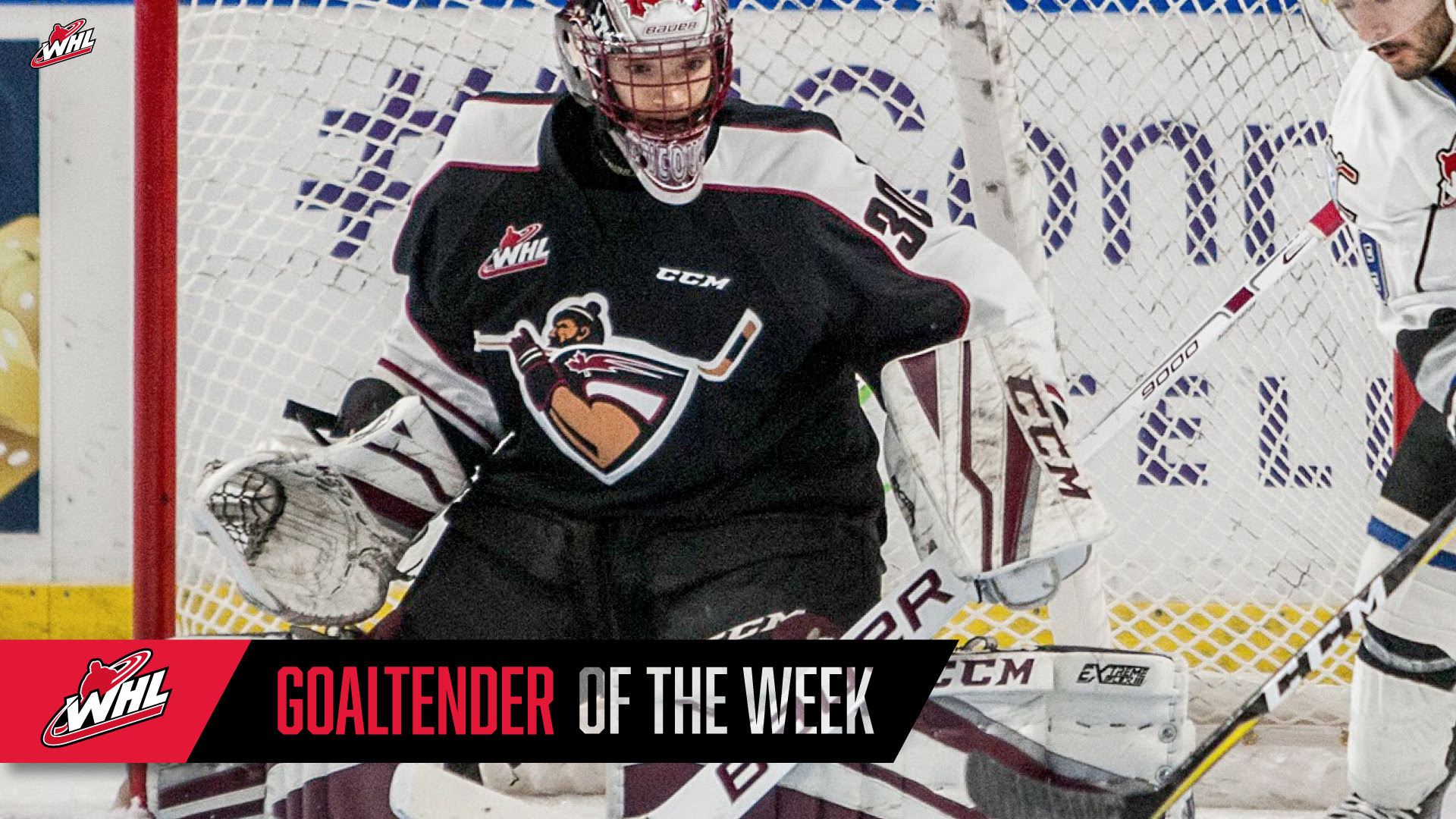 Tendeck, who is eligible for the 2018 NHL Draft, appeared in two of three games for the Giants this past week, logging a record of 2-0-0-0 with a stingy goals-against average of 0.50 and an equally strong save percentage of .984, powered by one shutout victory.

The 6-foot-2, 173-pound product of North Vancouver opened his weekend by stopping 21 of 22 shots on Friday night in a 3-1 triumph over the Victoria Royals. He then locked down the Vancouver cage with a perfect 40-save performance on Sunday in a 2-0 win over the Prince George Cougars, earning third star honours.

In his second full season with the Giants, Tendeck is posting career numbers, including a career-high 12 wins. Through 20 appearances, Tendeck is 12-6-0-1 with a 2.90 GAA, .913 SV% and two shutouts to his name. He has played a vital role for a Giants club that finds itself in the heat of a tightly-contested BC Division, riding a six-game winning streak heading into the holiday break and sitting only three points out of first place in the division.

Tendeck and the Giants return to action following the Christmas break with a home-and-home set against the Everett Silvertips, beginning Wednesday, December 27 at the Langley Events Centre before shifting to Everett on Friday, December 29.