The largest Volleyball Canada Nationals,wrapped up yesterday at the Edmonton Expo Centre.

The tournament exposed more than 10,000 athletes and 12,500 spectators to an amazing week of youth volleyball, as well as men’s and women’s National Team international matches, sitting volleyball demonstrations and matches against the U.S Para team.

“Our goal was to offer the 864 teams participating at Nationals a unique experience, and I believe we achieved that at Edmonton 2018,” said Volleyball Canada’s Director of Domestic Events, Sandra de Graaff.  “Thank you to all staff, volunteers, referees, vendors, sponsors, National Team alumni and partners, such as title sponsor Inter Pipeline, as well as Mizuno, Tachikara, Spieth America and Performance Health, who worked tirelessly to make this a memorable event for the athletes and coaches.” 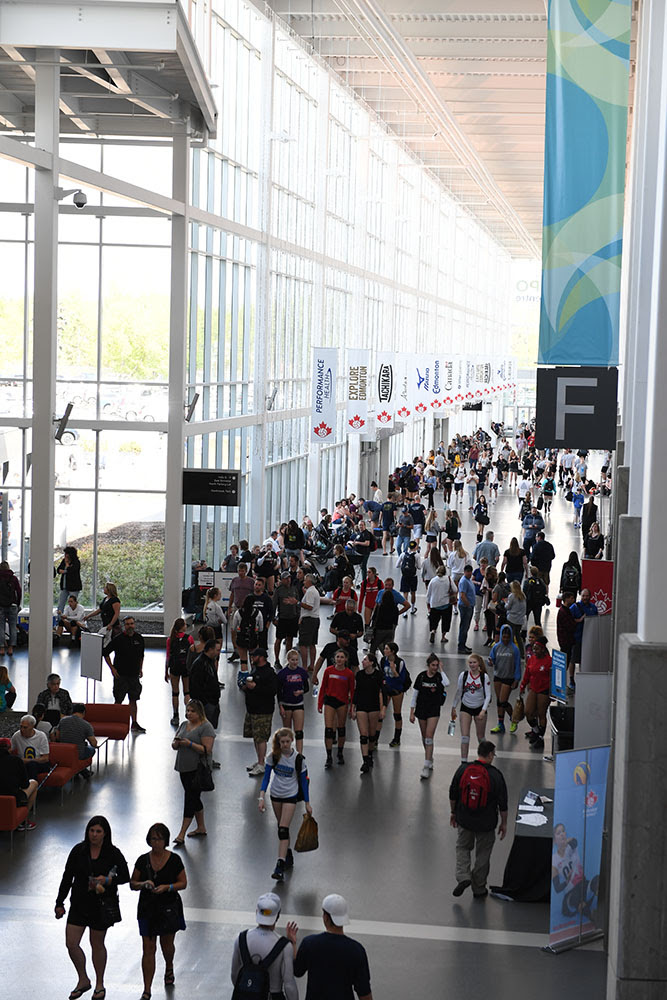 Volleyball Canada President and CEO Mark Eckert said: “We are extremely pleased with the success of Edmonton 2018, in great part due to the enthusiasm for our sport by all the participating athletes and coaches and their families, but also because of the great work done by the Expo Centre venue, the City of Edmonton, and the support of province of Alberta and the government of Canada, and so many others.”

Local community organizations will also benefit from the event, with donations of balls and other equipment, and two new courts and equipment will be left for Volleyball Alberta.

Helping to smoothly run the technical side of the competition was a team of nearly 300 national and local officials who were joined by 26 referees from the U.S.

On the international event side, Canada’s men’s team beat Mexico in two friendly matches, while the women’s team picked up a silver at the NORCECA Challenge Cup. The international matches were streamed on www.cbcsports, and for the first time, Youth Nationals 18U finals were also featured at CBC online while other courts were streamed via Volleyball Canada’s YouTube channel.

In addition to the volleyball action, the vendor hall featured interactive displays and volleyball community support and education, including the Mizuno Blue Room, exclusively for coaches, and Volleyball Stuff Nationals’ merchandise and display area, and a lululemon store.