Canadian women’s pair Hillary Janssens and Caileigh Filmer topped the podium today at the World Rowing World Cup 1 in Belgrade, Serbia. Janssens and Filmer set the fastest time by a solid margin in yesterday’s semi-finals with a win (7:25.36) over NED to secure their spot in the A finals today.

Starting the day of finals racing, the women’s pair had been narrowed down to these six finalists. The British duo took a very slight early lead off the start but it was Filmer and Janssens who kept their rating higher for longer, squeezing through to the front. The Canadians broke away from the pack with Spain, the Netherlands and Great Britain behind them neck-and-neck. Filmer and Janssens maintained their stroke rate and took the win over Spain with a blazing time of 6:58.88. 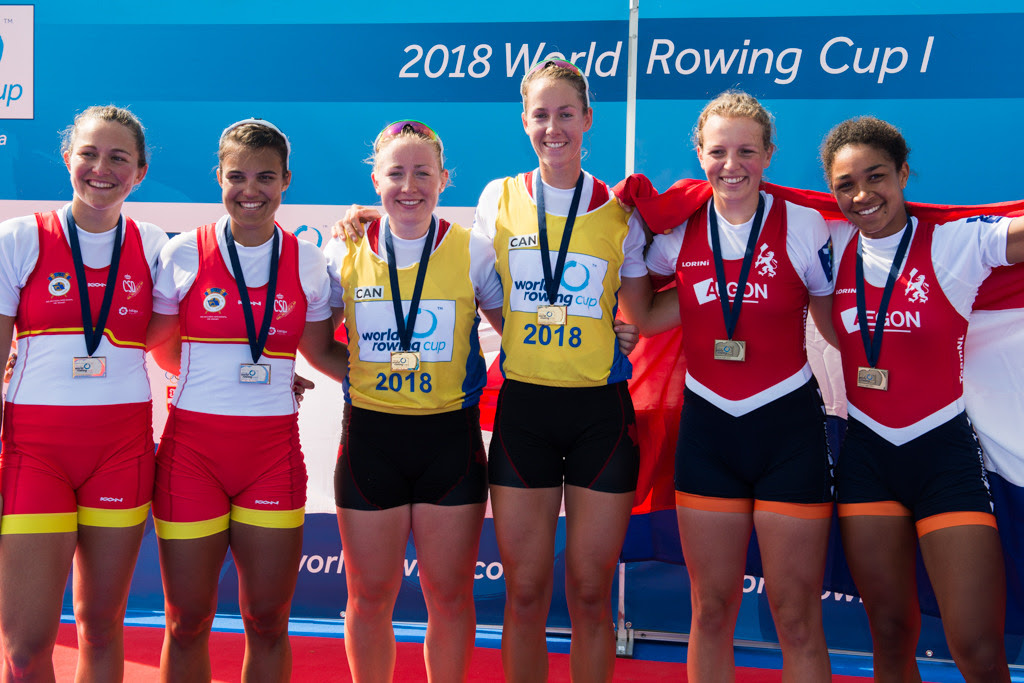 “We had a good start, we decided to just not hold back for the 1k and get ahead of the other boats,” said Janssens.  “We’ve had a good training group that is at this regatta and everyone is doing well. We are excited to see what’s to come for the entire Canadian team this year.” This is their first season together with Janssens coming from last year’s silver medal eight.

Ellen Gleadow captured Canada’s first World Cup medal of the season in the Women’s Lightweight Single sculls on Saturday. Gleadow took the silver with a time of 7:47.94 behind Alena Furman of Belarus (7:46.15).  Dominating her heat (7:57.48) and semi-final (8:13.23), Gleadow proved to be a contender for a medal heading into the final. “I do have a fast start but the Belarusian is strong sculler too and she got the better of me in the second half,” said Gleadow. “It was a great race and I’m happy with it. Our team has a great environment where we all push each other and our lightweight program has a lot of youth and speed. I’m looking forward to bringing this experience back to our training group in Victoria.” 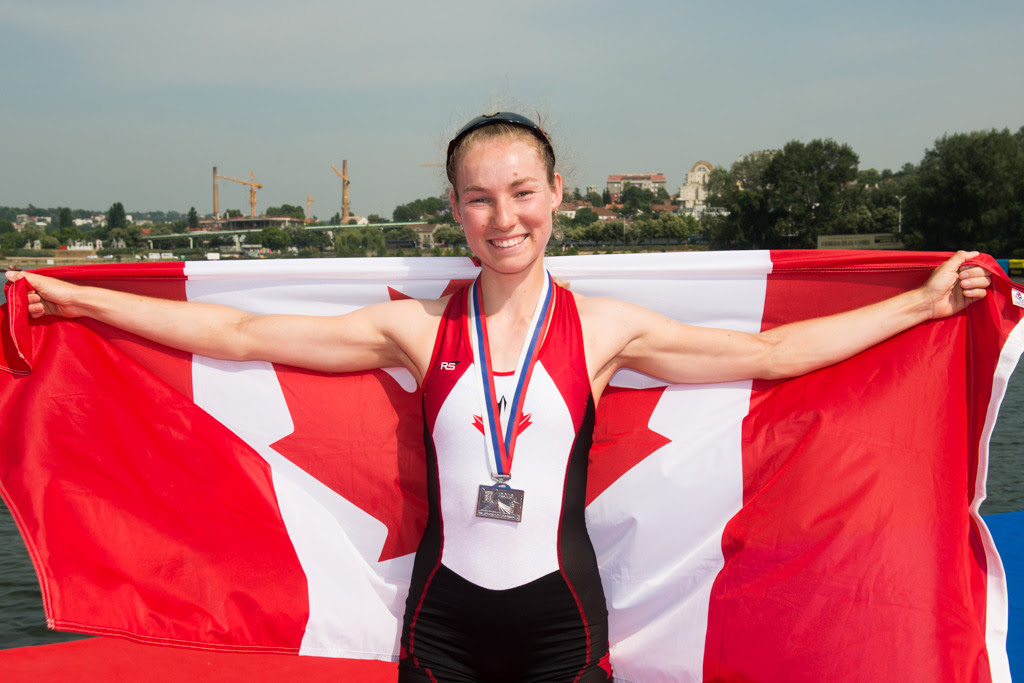 Lightweight men’s double, Patrick Keane and Maxwell Lattimer raced a strong A Final race today placing 4th overall (6:17.27). The Canadian duo were powerful in the heats on Friday with a time of 6:32.69, beating the 2017 World Champions from Ireland. Placing second in the semis (6:23.02), Keane and Lattimer were contending for a medal in the finals. “It’s an exciting first step for the Lightweight men’s program,” said Keane. “We were really happy with our body rhythm but will be looking for improvement in the coming months.”

Lightweight double, Jill Moffatt and Jennifer Casson, won the B final today (6:55.88) with a strong showing in the heats and semi finals this weekend. “As a new crew it’s exciting for us to be this close this early in the season,” said Moffatt.

Matt Buie won the C final in the Men’s single on Saturday by a margin of 6 seconds (7:17.32) over Great Britain.

The Men’s four defeated China with a convincing race win in D Final yesterday after making some adjustments following their repechage on Friday.

“There is no substitute to placing your bowball on an international starting line,” said RCA High Performance Director, Iain Brambell. “Each of our crews learned valuable lessons within their events which will assist to further improve and prepare them for 2018 season and on the road to Tokyo 2020.”

Congratulations to the Canadian World Cup team for a great start to the 2018 season!