Victoria, BC – A three-run home run by Port Angeles’s Jason Dicochea highlighted a four-run top of the ninth inning and propelled the Lefties to a dramatic 8-7 win over the Victoria HarbourCats in West Coast League action Sunday in Victoria. 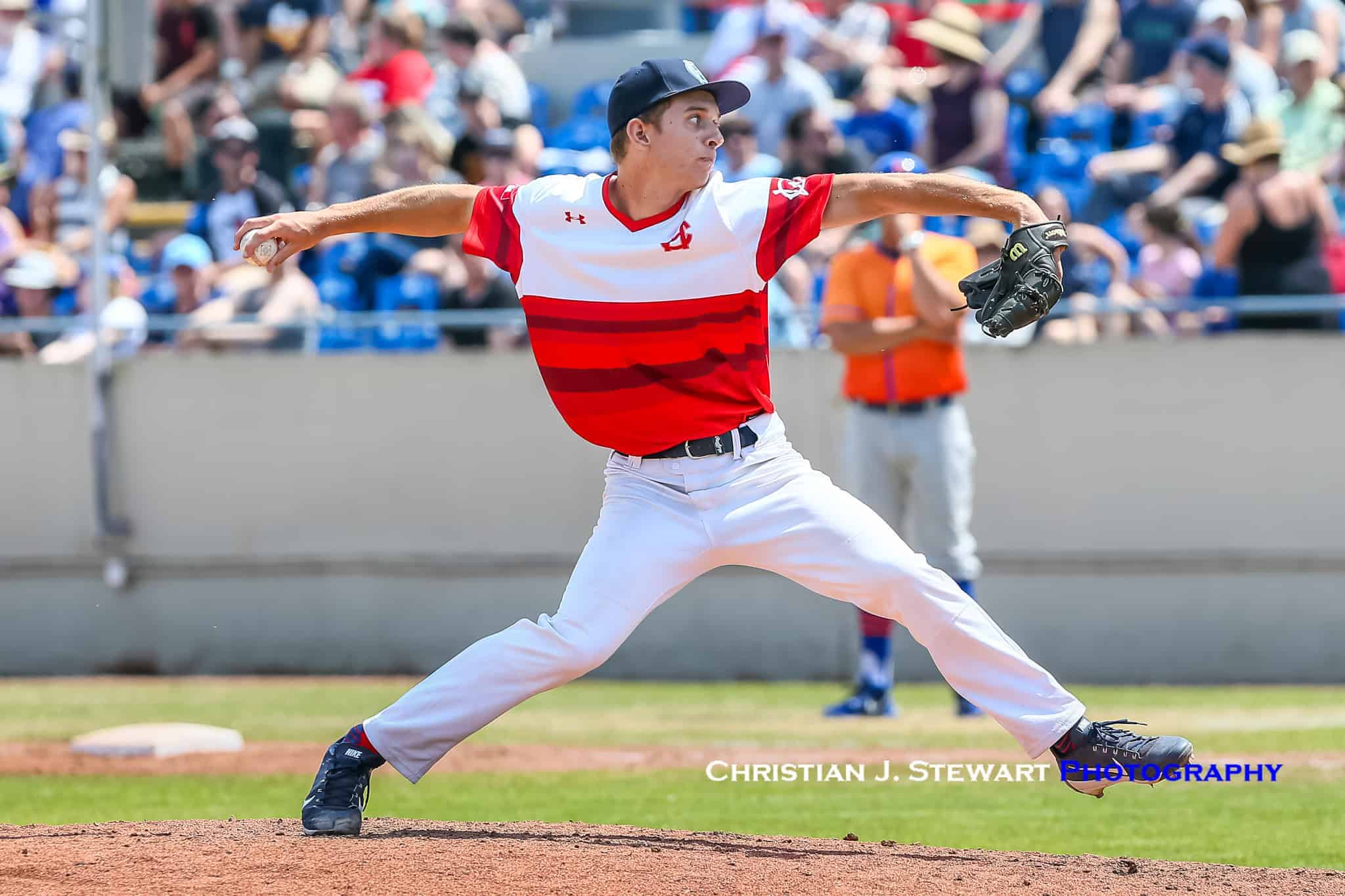 The HarbourCats Nate Walker would keep the HarbourCats within striking distance of the Lefties with three strong innings of relief Sunday (Photo: Christian J. Stewart)

The win gave the Lefties the series win and shocked the 3,021 fans, all who had been enjoying a beautiful Sunday Father’s Day matinee, and who had just watched the HarbourCats score two runs in the bottom of both the seventh and eighth innings to jump into a 7-4 lead.

The fact that the HarbourCats had even jumped into that lead was surprising, given the way the Lefties hit the ball all weekend.  On Sunday it was no different,  as a three-run home run by Drew Minter in the first, the Lefties sixth home run of the series at the time, vaulted the Port Angeleans into an early 3-0 lead. 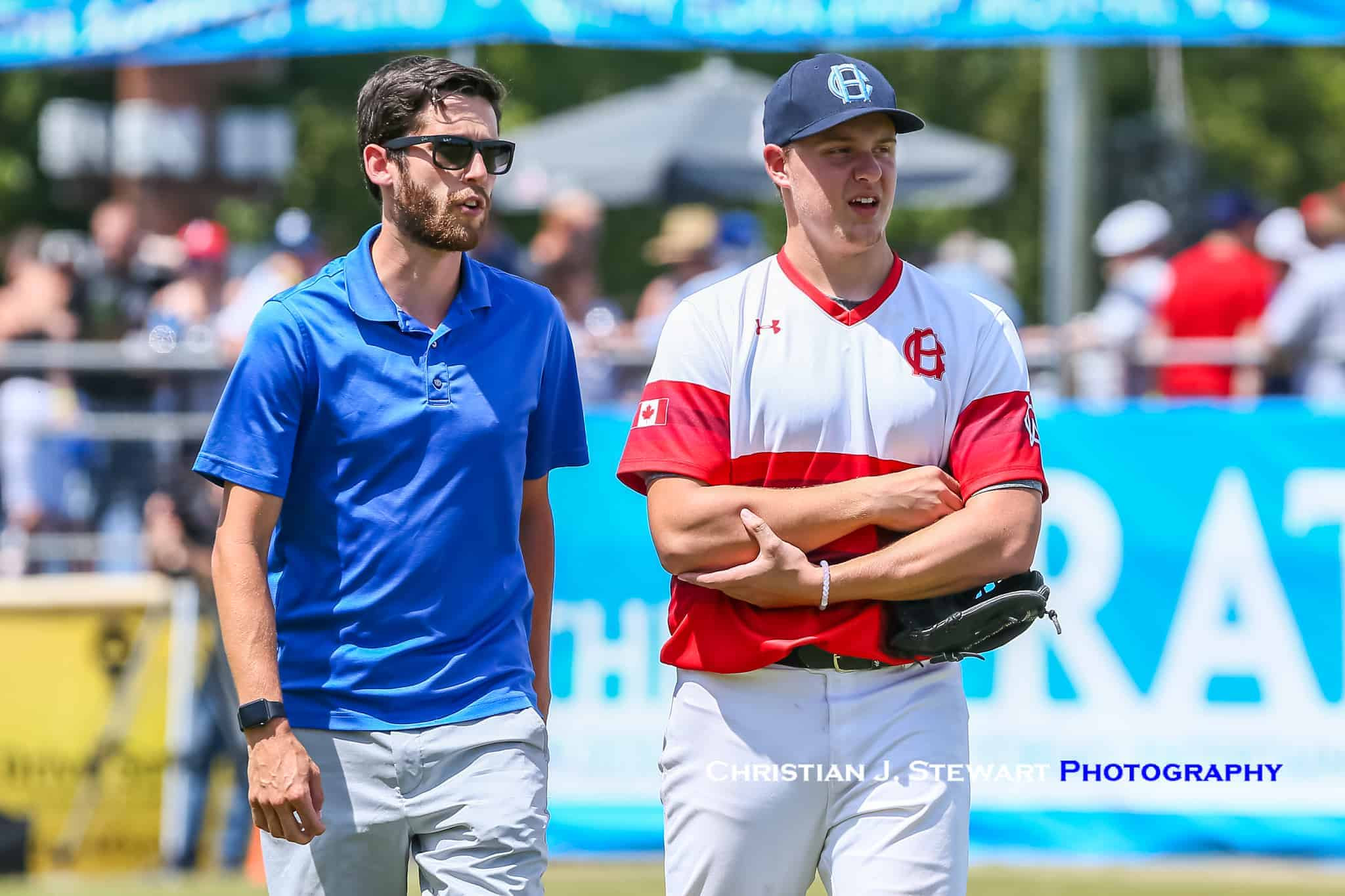 Victoria starter Michael Stovman’s day did not end well, as he left the game prior to the fourth inning with an elbow injury (Photo: Christian J. Stewart)

Michael Stovman made his third start of the season for the home team, but didn’t last long in this outing. Stovman, who collected three strikeouts to one walk, exited the game after the third inning with a right forearm injury.  He gave way to righty Nathan Walker out of the bullpen, and the University of San Francisco product fired three innings of one-run ball to keep the HarbourCats within striking distance of the lead.

The HarbourCats would get on the board in the second, thanks to RBI singles from Silas Grinstead and Tanner Haney and then in the seventh, now trailing 4-3, a Cade Brown single scored Caleb Ricketts (walk) and Mike Malinchak (single) to give the HarbourCats a 5-4 lead, their first lead of the afternoon. 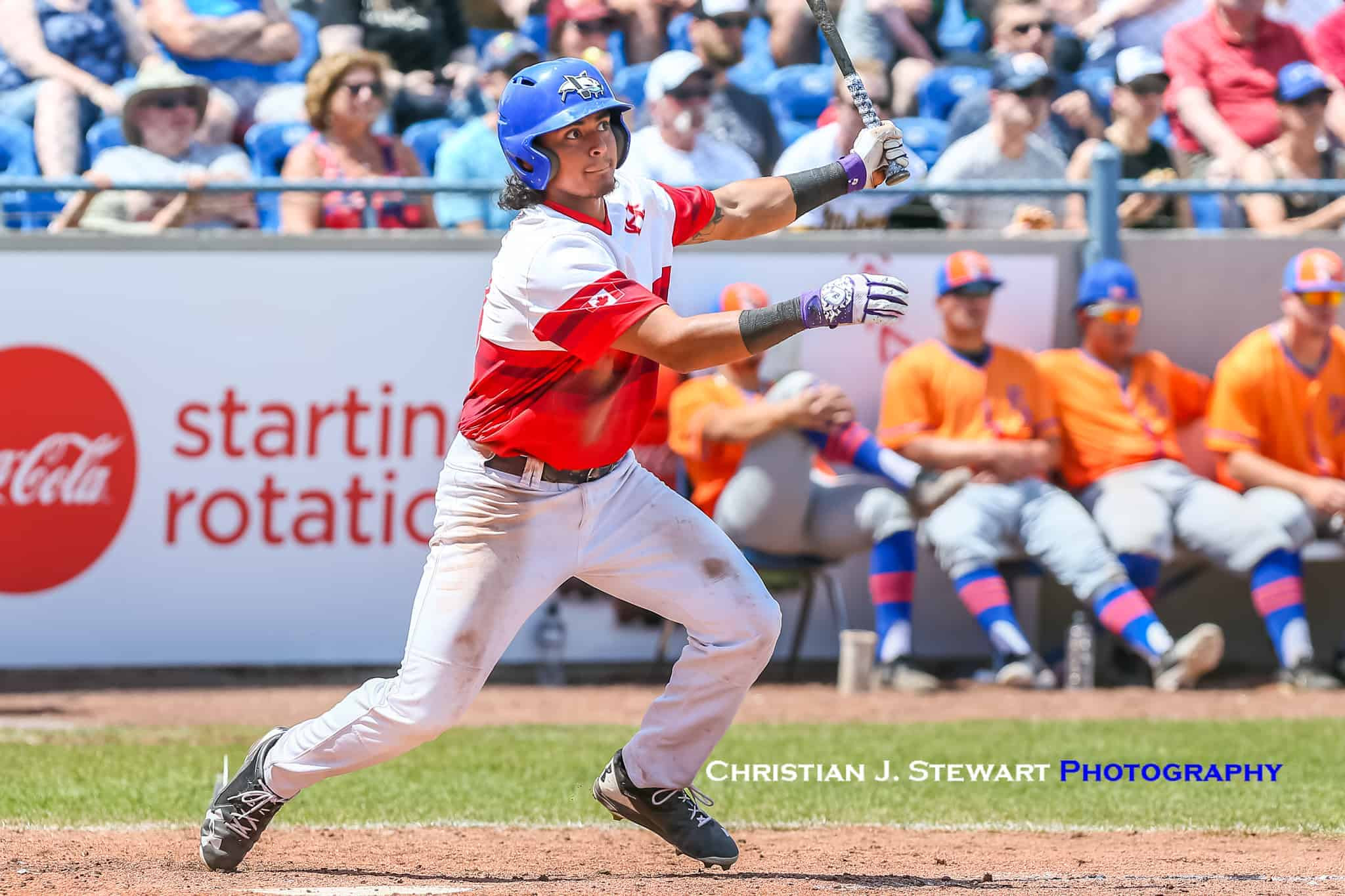 Victoria’s Ethan Lopez would notch his first hit of the 2018 season in the Cats loss to Port Angeles Sunday (Photo: Christian J. Stewart)

Malinchak provided the HarbourCats with some insurance runs in the bottom of the eighth, plating two more runs with a two-RBI double to help closer Po-Jui Huang have a chance to collect his third save of the season in the ninth.   Huang, hailing from the National Sports University in Taiwan, had not given up a run in over eight innings of work this season, but he would struggle against the Lefties, by giving up a walk and single to bring the tying-man to the plate.

Pinch hitter Ryyker Tom then hit a double to the left field wall to score one for Port Angeles and bring the score to 7-5, still leaving two men on base for Dicochea, who stroked the second pitch he saw over the left field fence to vault the Lefties into the 8-7 lead.

The ‘Cats would try to rally in the bottom of the inning when Nick Plaia would double off Port Angeles closer Baxter Halligan, but that would be the extent of the rally as Halligan retired the next two batters to give Port Angeles the win.

The HarbourCats now hit the road for a three game series with the Bend Elks, beginning Monday night.