It’s been an incredible two years, with unforgettable moments — and, Claire, we thank you.

Claire Eccles, the lefty pitcher who in 2017 became the first female in the history of the West Coast League, will leave the Victoria HarbourCats following next week’s series with the Corvallis Knights (July 18-19-20) at Wilson’s Group Stadium at RAP.

Eccles has been selected to the Baseball Canada Women’s National Team and will now go into Team Canada preparations for the Women’s World Cup, set for Florida in August. This was the last season Eccles was eligible to play for the HarbourCats. 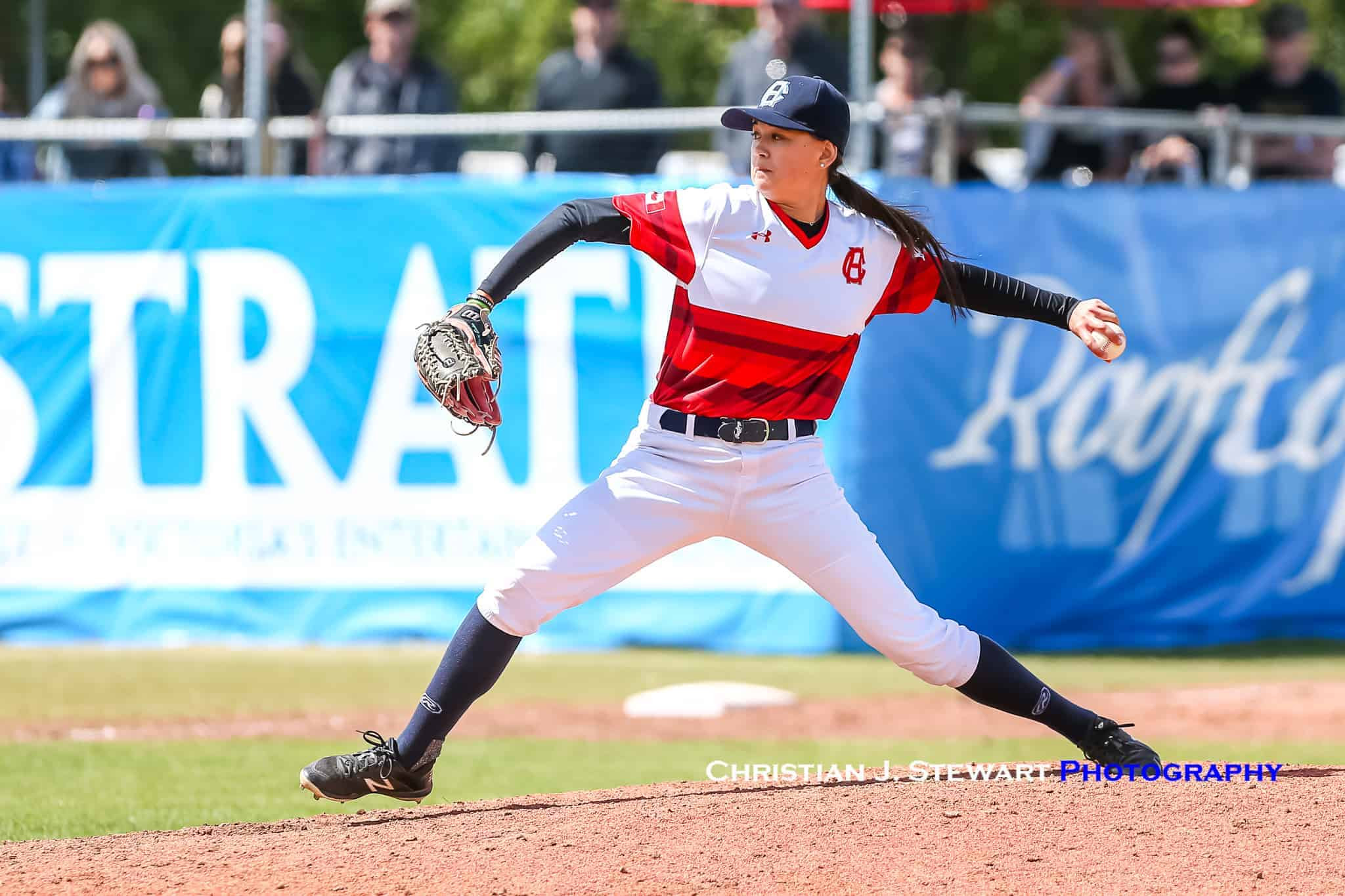 HarbourCat pitcher Claire Eccles saw her first action of the 2018 season on Sunday June 10, 2018 when she was honoured with her own bobblehead (Photo: Christian J. Stewart)

“Claire’s time here has been a triumph for so many reasons, and she proved that the door is open for women to play this game at higher and higher levels, when given the opportunity by organizations with that open-minded approach,” said Jim Swanson, the Managing Partner of the HarbourCats.

“Not only did she get college players out, and some by strikeout, she awakened the hearts and minds of female players around the world. She did it with class and grace, even though Claire and our team were met with scorn from some old-fashioned and classless corners of society. Claire and the HarbourCats will forever be connected.” 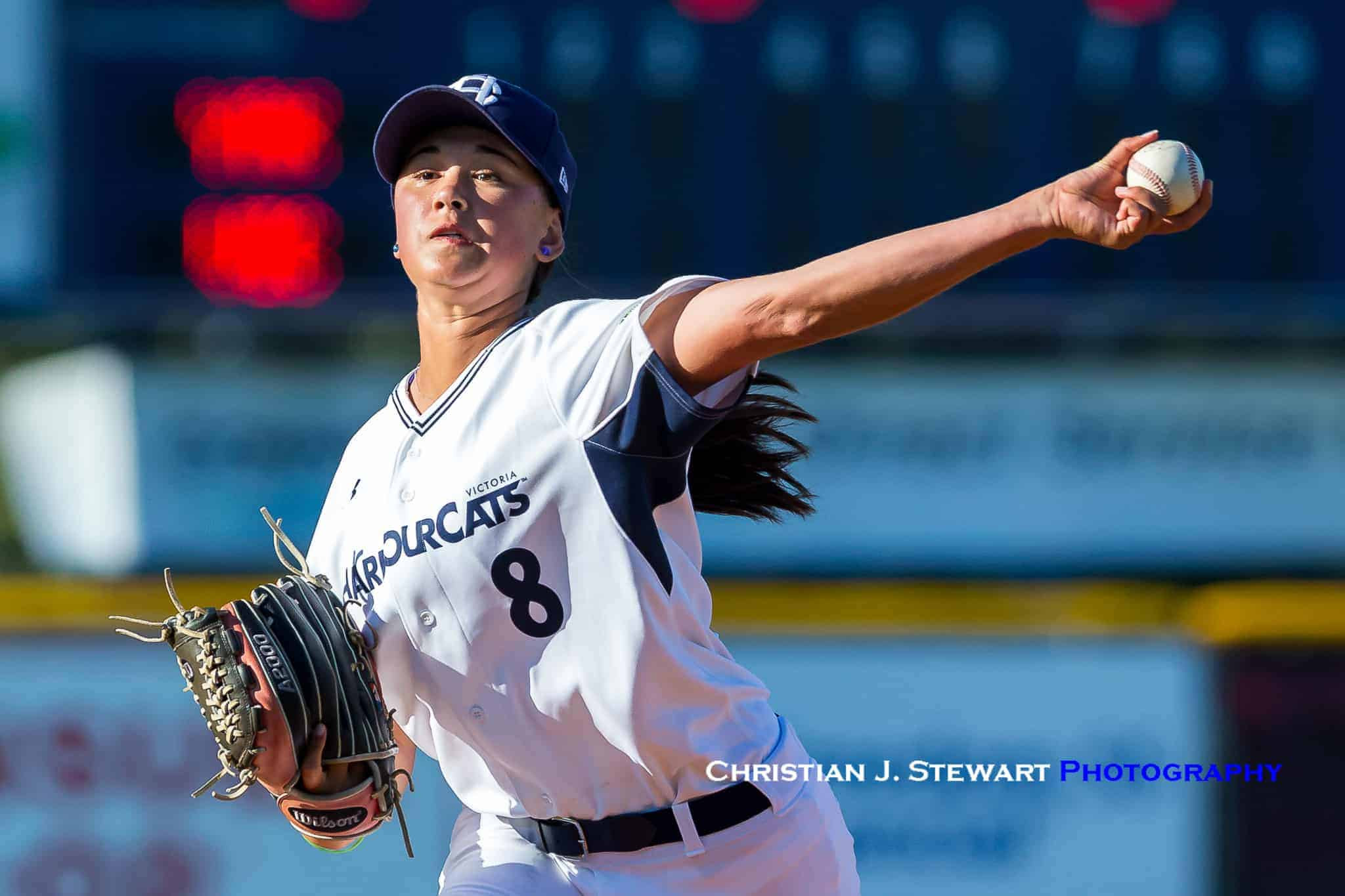 Eccles, a softball star as an outfielder/hitter at the University of British Columbia, earned the WCL media notice around the world, and anyone who was at Wilson’s Group Stadium to see her pitch will remember the special atmosphere it created.

Eccles, 20, is both an outfielder and front-end pitcher for Andre Lachance and the Women’s National Team — which has a real chance to push top-ranked Japan for the World Cup title.

The HarbourCats are also pleased to announce that no other player will ever wear #8 again — the team will plan a jersey retirement ceremony for the 2019 season.