A two RBI double from AJ Lewis (pictured above) and stellar relief pitching from a trio of HarbourCats pitchers led the Victoria HarbourCats to a 4-3 win over the Cowlitz Black Bears in West Coast League action Friday night at Story Field in Longview Washington.

The game was the first of a three-game road trip for the HarbourCats, after they took two of three games from the Bend Elks earlier this week in Victoria.

Victoria would get on the board first in this one, when leadoff hitter Nick Plaia would walk and eventually come home to score on a fielder’s choice from Dustin Demeter.

Cowlitz would immediately respond with two off Victoria starter Ethan Fox in the bottom half of the inning, thanks in part to a double from Austin Bell and back-to-back singles from Ryan Kim and Blake Burton.

After the HarbourCats scored two in the top of the fourth on the Lewis double to take the lead, Fox would surrender a solo home run to the Black Bear’s Ryan Kim and the teams headed to the sixth tied 3-3.

After a scoreless sixth, the HarbourCats would catch a break in the top of the seventh, when Plaia would reach on a one-out double and eventually come in to score on a a two-out error by the Cowlitz shortstop. 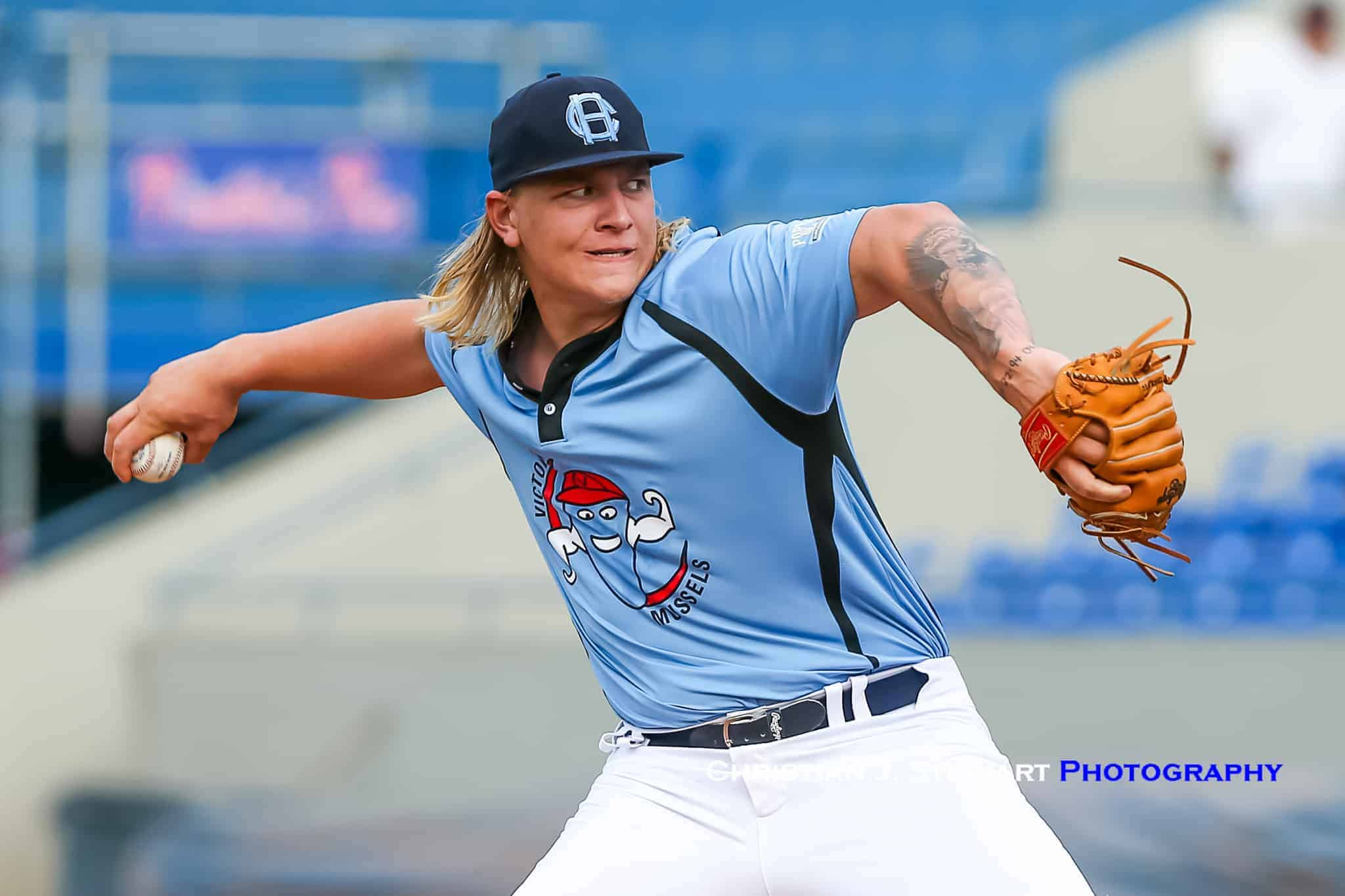 That run proved to be the difference in the game, as the HarbourCats bullpen took over from there, with Carter Lowen pitching two scoreless innings, followed by a clean frame from Ping-Chun Ho and a 1-2-3 ninth from Lawson Humphries to close things out.

Lewis’s two-RBI double was the big hit of the evening, but he was joined in the doubles parade by Plaia and Adam Imwalle.  Jedd Fagg also continued to swing a hot bat with two singles – his seventh and eighth hits in his last three games.

On the hill, Fox finished with no decision after giving up two ear two earned runs on four hits, with five strikeouts.   Loewen gets the win in relief, his second of the season, while Humphries earns his first save of the 2018 campaign.

Game two in the series is set for 6:35 pm on Saturday night, with the HarbourCats All-Star selection Garrett Goodall scheduled to face the Black Bear’s Mitch Lines.