They have shown all the signs of being the championship defence a some had envisioned back in training camp. Over the last two games, the numbers would make any opponent cringe: 13 sacks, seven interceptions and only one touchdown given up.

And as they get set to face the Hamilton Tiger-Cats in the first of a crucial home and home series on Saturday night ( 7:00 PM/TSN/TSN 1040/ ESPN+), the most impressive thing about the improved Lions’ defence is the fact they aren’t nearly satisfied yet. Defensive coordinator Mark Washington has made sure of it.

“More importantly, we want to be improving on the upswing as we get into the later parts of the season. Last week was last week. The last two, three, four weeks, whatever; that’s the past and we’re trying to move on. We’re ready to go and preparing ourselves for Hamilton.”

And this is a unique test starting them in the face. Tiger-Cats’ quarterback Jeremiah Masoli has put up excellent numbers this season, more on that below, and could be one of the better QBs in the league when it comes to getting the ball out quickly. His tendency to rely on the deep ball and test the secondary has also led to some giveaways. That is where the rejuvenated Lions’ defensive backs will be licking their chops. Washington is quick to remind his players that if they’re not careful, they will pay the price.

“He has a lot of arm talent and his escapability is crazy. The offence that they’re running and the plays that they have; they understand it well and they execute it well. We’re gonna have our hands full and we know that. We have to make sure that we execute to the highest ability that we have.”

And these past two games, that execution has been evident from the opening whistle. Case in point: an interception by Bo Lokombo on the opening drive of last week’s victory over Montreal that led to the Lions’ only touchdown of the game; a Jonathon Jennings dart to Bryan Burnham. It’s that playoff-type intensity they will need to put on display from here on in, on defence especially. If they can continue to force turnovers at this incredible pace, they will be tough to beat.

“We’ve been in the playoff hunt for the last couple of weeks now and we’ve dug ourselves a tremendous hole like you’ve said,” added Washington.

“We’re trying to dig ourselves out of it.”

And if they can continue to force turnovers at this incredible pace, they will be tough to beat.

“That’s the purpose of them; you want to take the ball away, you want to create big plays for yourself, you want to give the offence a short field and you can maybe even score yourself. It’s all about scoring points, changing the momentum and also changing the field position.”

As Jennings prepares for his first start behind centre since July 7th, having a solid defence to back him and the offence up can only pay dividends in the long run. 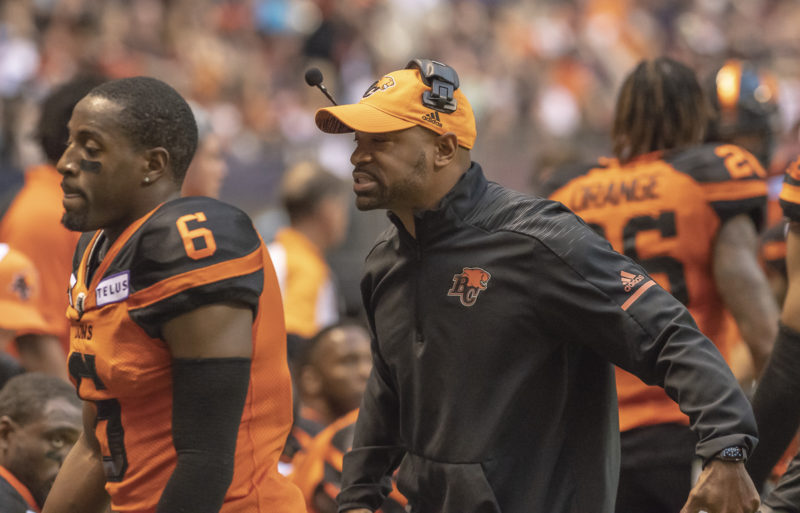