The Western Hockey League announced today that to date a total of 386 WHL graduate players have been awarded WHL Scholarships for the fall semester of the 2018-19 academic year. The 386 WHL Scholarships awarded represent the highest total for the fall academic session in WHL history, improving upon the mark of 364 set in the fall of 2017-18.

“The WHL and our Clubs are delighted to see a record number of our graduate players utilizing their WHL Scholarships to further their education at Canadian Universities and post-secondary institutions throughout North America,” commented WHL Commissioner Ron Robison. “With the number of our graduates taking advantage of their WHL Scholarships increasing every year, it clearly demonstrates our WHL Club ownership are not only committed to providing our players with a world class hockey experience but also one of the most extensive educational programs in North America today.” 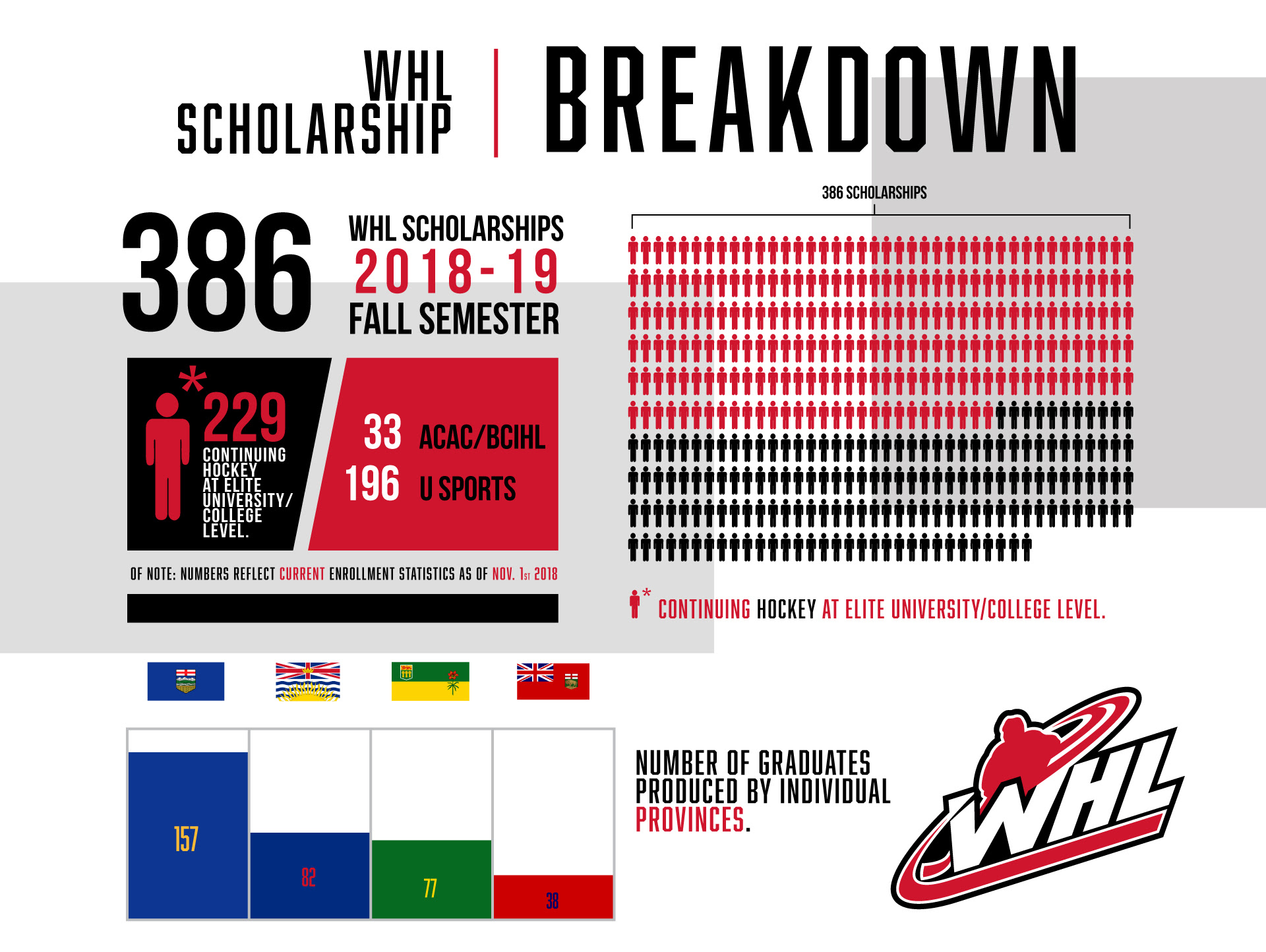 Every player who plays in the WHL is eligible to receive the WHL Scholarship. For every season a player plays in the WHL, they receive a guaranteed, full-year WHL Scholarship including tuition, textbooks and compulsory fees to a post-secondary institution of their choice. The WHL Scholarship is a fully-guaranteed academic scholarship with no requirement to play university hockey to qualify. The WHL graduate can apply the funding to any post-secondary or career-enhancing program of his choice, including trades schools or professional career training programs.

Among the 2018-19 WHL Scholarship recipients, 144 WHL graduates are enrolled at universities in Eastern Canada, Canadian colleges, trades or technical institutions, or attending post-secondary in the United States.

Penticton Vees Pick Up Win Number 43 On The Year