There has never been a better time for girls in the sport of baseball, and the Victoria HarbourCats and Baseball BC are proud to be able to play a role in the growth in that sector of the game.

Today, Baseball B.C. and the HarbourCats are pleased to jointly announce a partnership that will see Baseball BC, the provincial body governing the sport, as the major sponsor for the Monday, June 17 night at Wilson’s Group Stadium at RAP in Victoria, when the HarbourCats retire the #8 jersey of left-handed pitcher Claire Eccles, who has graduated following two years in the West Coast League. 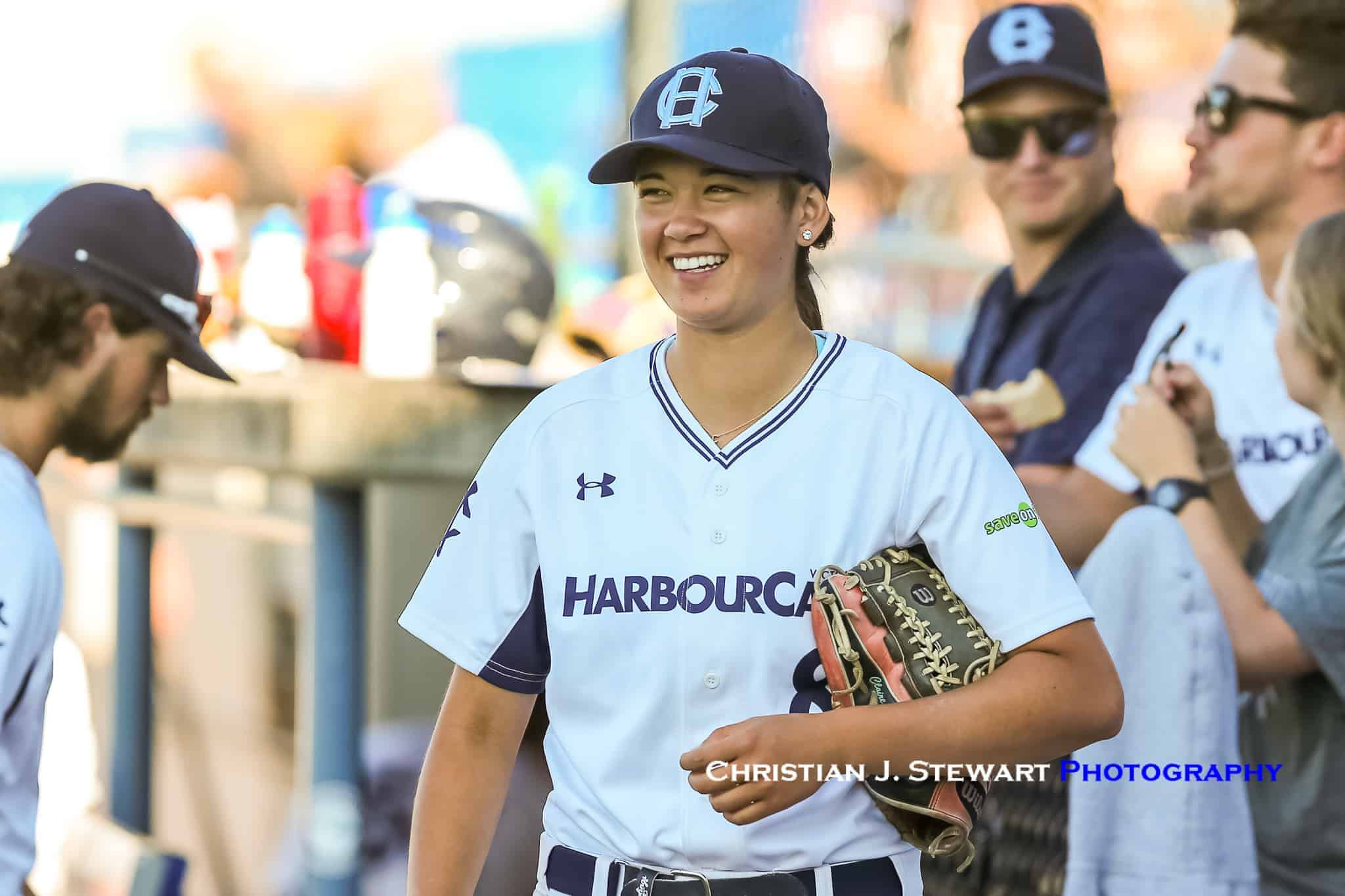 Thanks in part to Game Day Sponsor Baseball BC, Claire Eccles will be honoured on June 17th by having her #8 jersey retired by the HarbourCats (Photo: Christian J. Stewart)
Eccles, now completing her senior year at UBC, debuted with the HarbourCats in 2017, and returned for the 2018 season.

Thanks to Baseball BC, each and every girls baseball player on Vancouver Island who comes dressed in uniform that night will be eligible to attend the game free of charge (General Admission seating) and be on the field for the festivities that will see Claire’s accomplishment of becoming the first, and so-far-only, female player in West Coast League history.

“Claire’s impact on the game has been profound, and the inspiration she has provided will reverberate for years to come,” said Scott MacKenzie, Manager of Operations – Female Development, Baseball BC, which has its headquarters in Surrey. “We followed every outing, every pitch — and you know the girls who love the game did, too. Canada is one of the best in the world in women’s baseball because of talented and determined players like Claire.”

Baseball BC is also proud to be presenting the Girl’s Baseball Instructional League that will run on Sunday evenings at Victoria’s Carnarvon Park from April 28th to June 9th.  Girls ages 7-12 can register for this league by calling Baseball BC at 604-586-3315 or visiting their website at www.baseball.bc.ca/girls.

That Claire Eccles Jersey Retirement Night will see a celebration of women in baseball, and the HarbourCats and Baseball BC are working further on programs that will see the WCL team do a second Island tour, visiting kids in Duncan, Ladysmith and Lake Cowichan on Tuesday, June 11.

“There is one more program we’ll be able to announce, with Baseball Canada and MLB, that Baseball BC has worked very hard to bring to Victoria — we’re excited for that news to come,” said Pelletier. “We are working very hard to improve the development model for baseball, not just in Victoria, but on Vancouver Island and in B.C. There is so much more that can be done with the right approach, and it’s time to find those paths.”