Adam Sinagra and Nick Statz of the Vanier Cup champion Calgary Dinos and Redha Kramdi of the Vanier Cup finalist Montreal Carabins are the U SPORTS Football Players of the Week, for the period ending November 24, 2019.

The fifth-year arts student from Pointe Claire, Que., finished the game with 22 completions on 28 attempts for 292 yards and a pair of touchdowns, tallying 27 points against Montreal’s defence who had surrendered only 16 points in three playoff games. 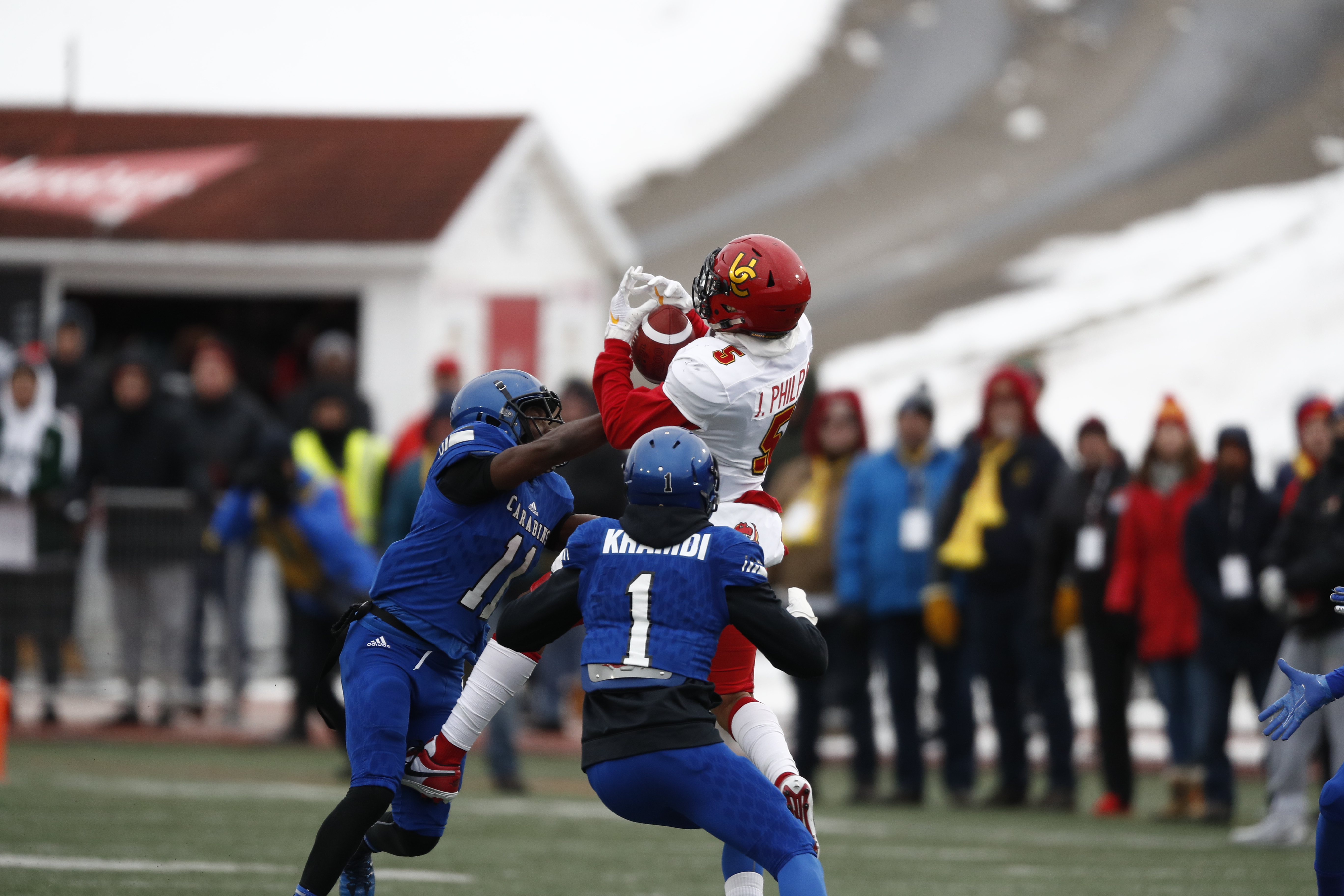 Redha Kramdi of the Montreal Carabins was a bright spot in the Carabins’ losing effort at the Vanier Cup final.

The third-year defensive back was awarded the Bruce Coulter Trophy as the game’s defensive MVP. The 22-year-old business management foundations student from Alger, Algeria, most notably forced a fumble in the first half, poking the ball out of Sinagra’s grasp after defeating a blocker at the line of scrimmage. Kramdi’s strip-sack was retrieved by the Carabins, setting up Montreal in excellent field position mid-way through the second quarter.

Kramdi also recorded six total tackles – including five solo tackles and two assisted – for a Carabins defence that kept the game close until the fourth quarter. 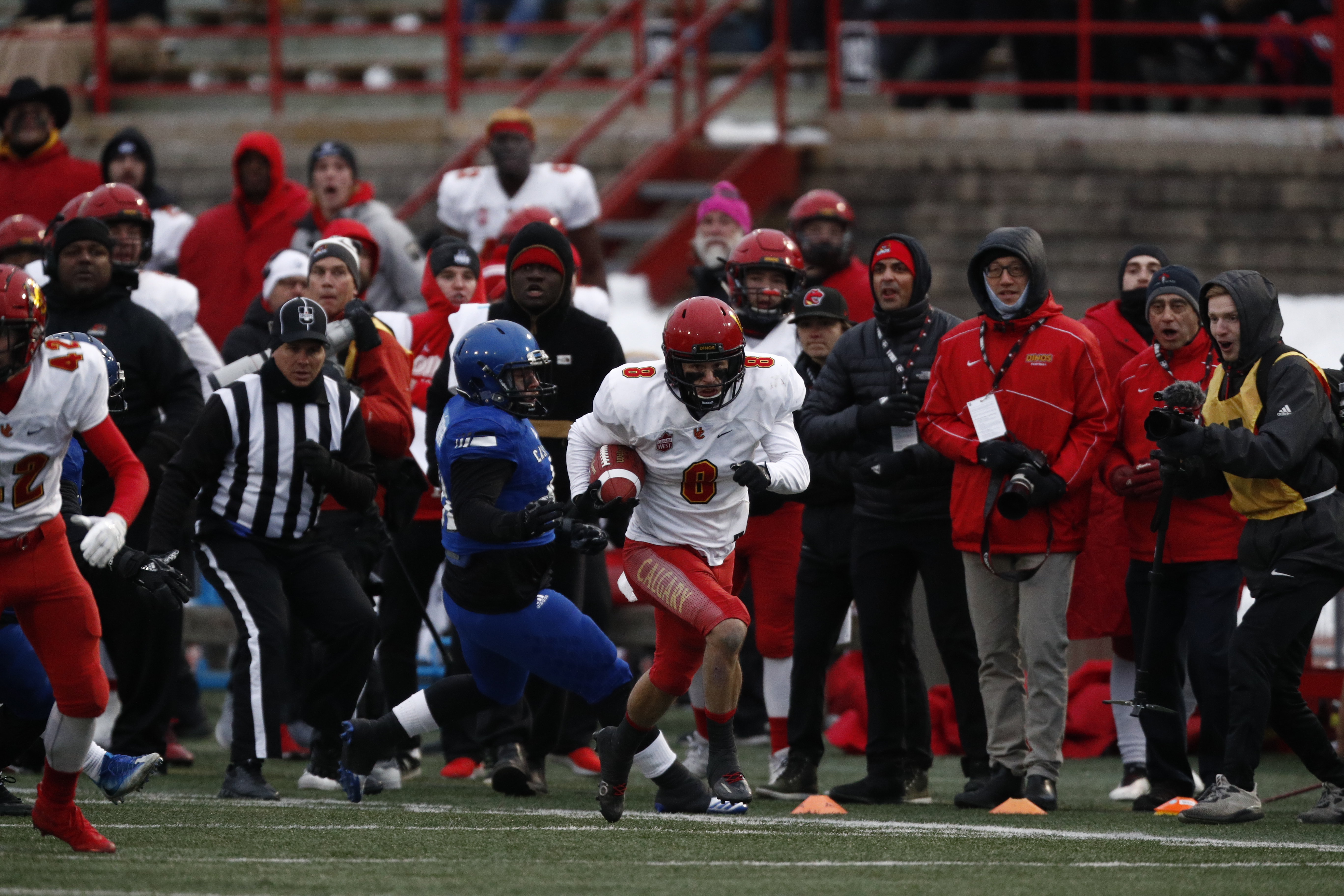 With the Dinos leading 13-10 in the third quarter and Montreal on their second drive of the half, Statz returned a pooched Carabins punt for 46 yards, to set up Calgary’s next possession at the opposing 25-yard line.

The win marked Calgary’s fifth Vanier Cup title and first since 1995, moving them to third place on the all-time list of winningest programs in Canadian university football history.