ISN
Share on Facebook
Tweet on Twitter
The Seattle Seahawks schedule features four prime-time games, making it the eighth-consecutive season with four or more, and features three home prime-time games for the fifth-consecutive season. Seattle also has four 10 a.m. kickoffs, the third-most for the club in the last eight seasons (five in 2013 and 2019). Seattle is 16-6 in its last twenty-two 10 a.m. PT kickoffs, including 5-0 last season when it posted a franchise-best 7-1 road record. In an oddity, the Seahawks host the Vikings in prime time for the third-straight year.
Aiming to return to the postseason for the ninth time in 11 seasons during John Schneider and Pete Carroll’s tenure, the Seahawks will play six games against 2019 playoff teams, including two games against Super Bowl LIV runner-up San Francisco. They also face the Minnesota Vikings and New England Patriots at CenturyLink Field, and the Buffalo Bills and Philadelphia Eagles on the road.
Opening on the road for the 14th time in the last 21 seasons, Seattle travels to Atlanta (9/13) for the second-consecutive year followed by two home games, including its first prime-time appearance of the year vs. New England (9/20) on Sunday Night Football and a match-up with the Dallas Cowboys (9/27). The Seahawks then make their longest trip of the season to take on the Dolphins in Miami (10/4) for the first time in eight years, followed by their second Sunday Night Football appearance in four weeks as they face Minnesota (10/11).
Seattle’s bye falls in Week 6, the earliest since another Week 6 bye during the 2017 season. The Seahawks then open up NFC West play facing two division opponents; traveling to Arizona (10/25) and then hosting San Francisco (11/1) to open up the month of November. With five games in the month, Seattle entertains its only set of back-to-back road games when it travels to Buffalo (11/8) for the first time since the 2008 season followed by a trip to Los Angeles to face the Rams (11/15).
In a short week, the Seahawks face an NFC West opponent on Thursday Night Football when they host the Arizona Cardinals (11/19) at CenturyLink Field.
Seattle faces three NFC East teams in a four-week stretch, beginning with its lone Monday Night Football appearance of the season traveling to Philadelphia (11/30), then returning home to face the Giants (12/6) and then heading to Washington, D.C. to play the Redskins (12/20). A game vs. the N.Y. Jets (12/13) is sandwiched between the Giants and Redskins games.
The Seahawks end the year with back-to-back NFC West games for the eighth time in the last 10 seasons as they face the Rams at home (12/27) and travel to the 49ers (1/3/21) to end the year. 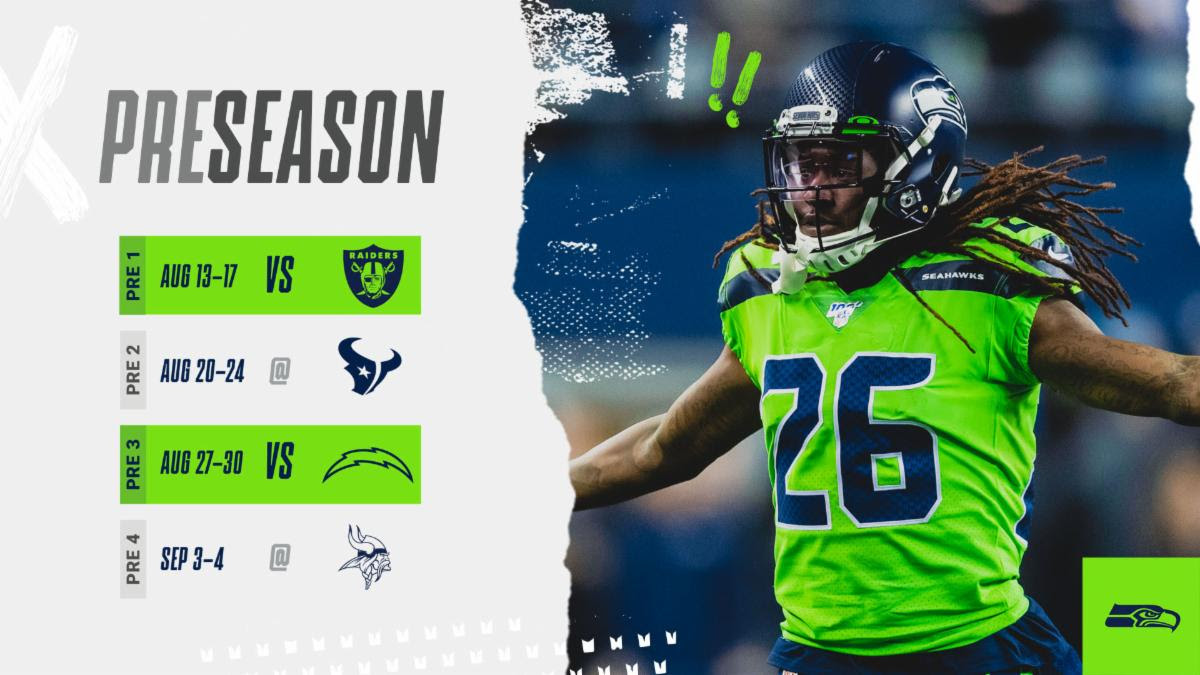 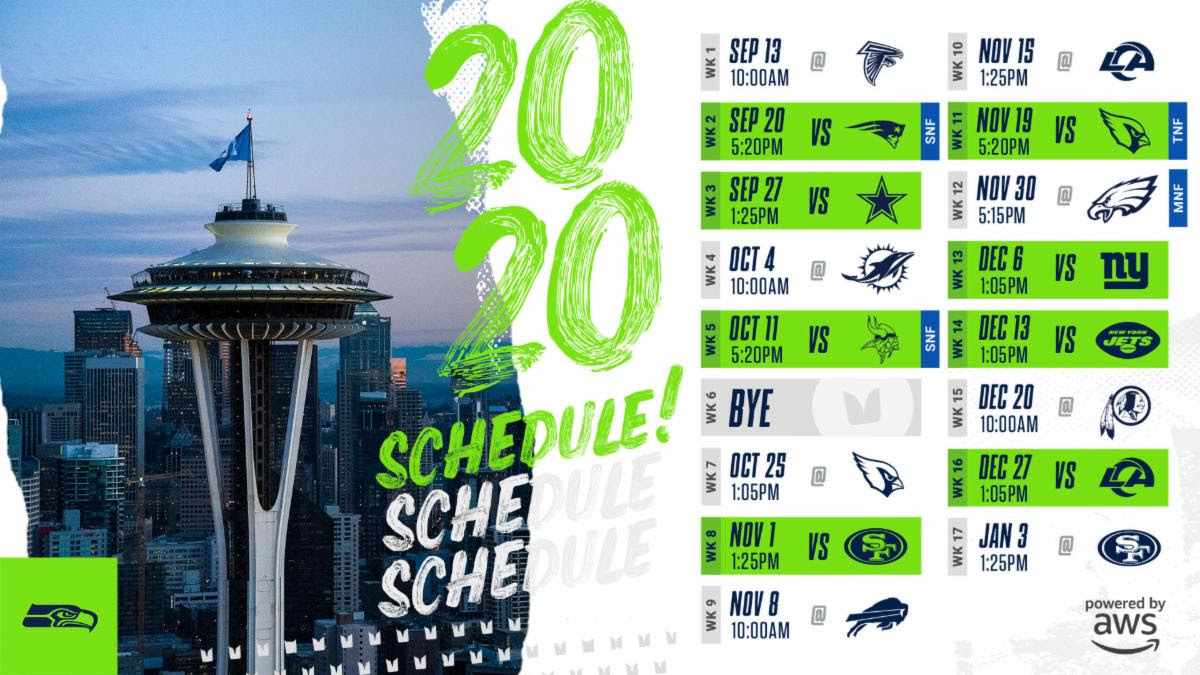