Canadian Premier League, together with its Owners, Clubs and Player leadership, is pleased to announce Charlottetown, Prince Edward Island as the location for the CPL 2020 season.

The CPL and the Province of Prince Edward Island have been working tirelessly with the Owners, Players, Government of Canada, City of Charlottetown, and other partners to finalize the details on a location that would include the mandated public health protocols and measures that will govern the season.

The safety and well-being of Prince Edward Island residents, as well as Players, Coaches, Officials and staff is the single most important issue and it is vital that appropriate health and safety protocols are in place and agreed to by all stakeholders – Players, Clubs, Owners, League, Canada Soccer (the Canadian Premier League’s governing body) and PEI organizers and partners.

The made for TV event – The Island Games – will commence on Thursday, August 13 with a rematch of the 2019 season finalists Forge FC vs Cavalry FC and will conclude in September (schedule announcement to come). All games will be played to closed doors in a sequestered environment in Charlottetown. Organizers are exploring the opportunity to create an exclusive fan zone for minor soccer players from across the Island to share in this excitement while following public health measures. All matches will be broadcast exclusively via the Canadian Premier League’s media partner OneSoccer.

The League was in deep discussions with the City of Langford, British Columbia and Moncton, New Brunswick as potential locations for the season – we are appreciative for the time and the input each of these groups put into their bids for consideration. It was a difficult decision between these three great Canadian cities.

Additional details to be released soon. 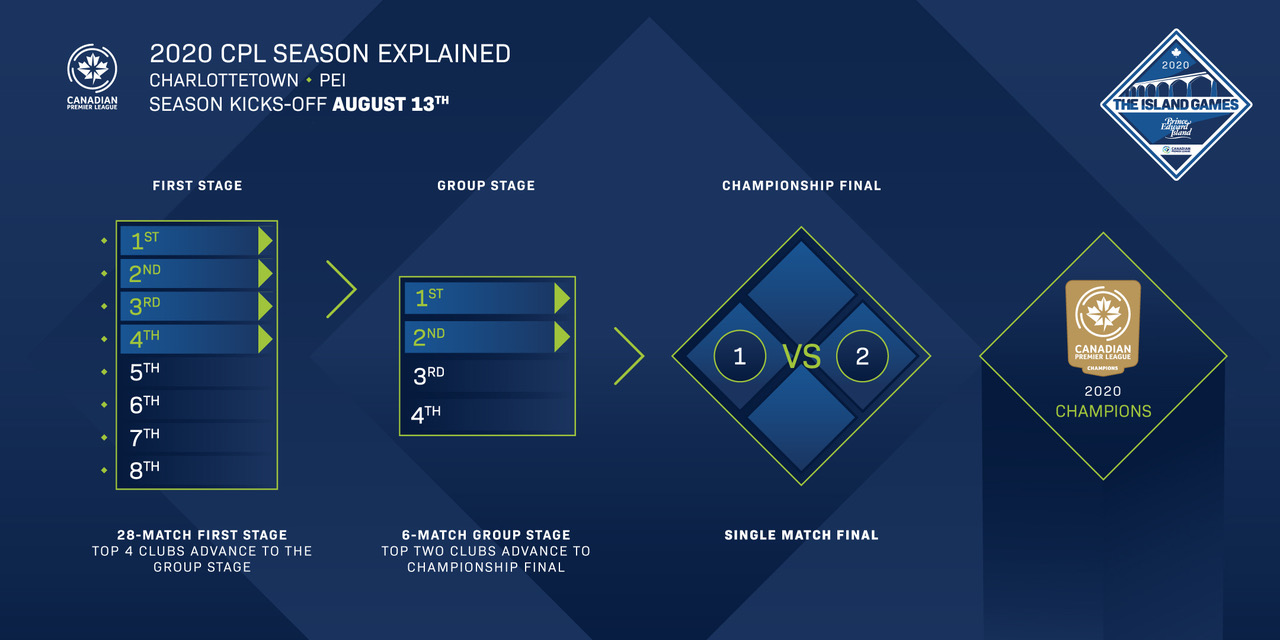