And while she has her eyes set on making another Olympic appearance at Tokyo 2020, she recently took on another leading role – movie star. Savard is the headliner in the new Quebecois film Nadia, Butterfly in which she plays an Olympic swimmer.

It started with a call from the movie’s director, Pascal Plante. A former competitive swimmer himself, although one who had never been an Olympian, Plante consulted with Savard to help him paint a better picture of the Olympic experience.

But then, he suggested the swimmer audition for the lead role. It’s a story right out of a Hollywood picture, especially after the movie became an Official Selection of the 2020 Cannes Film Festival. 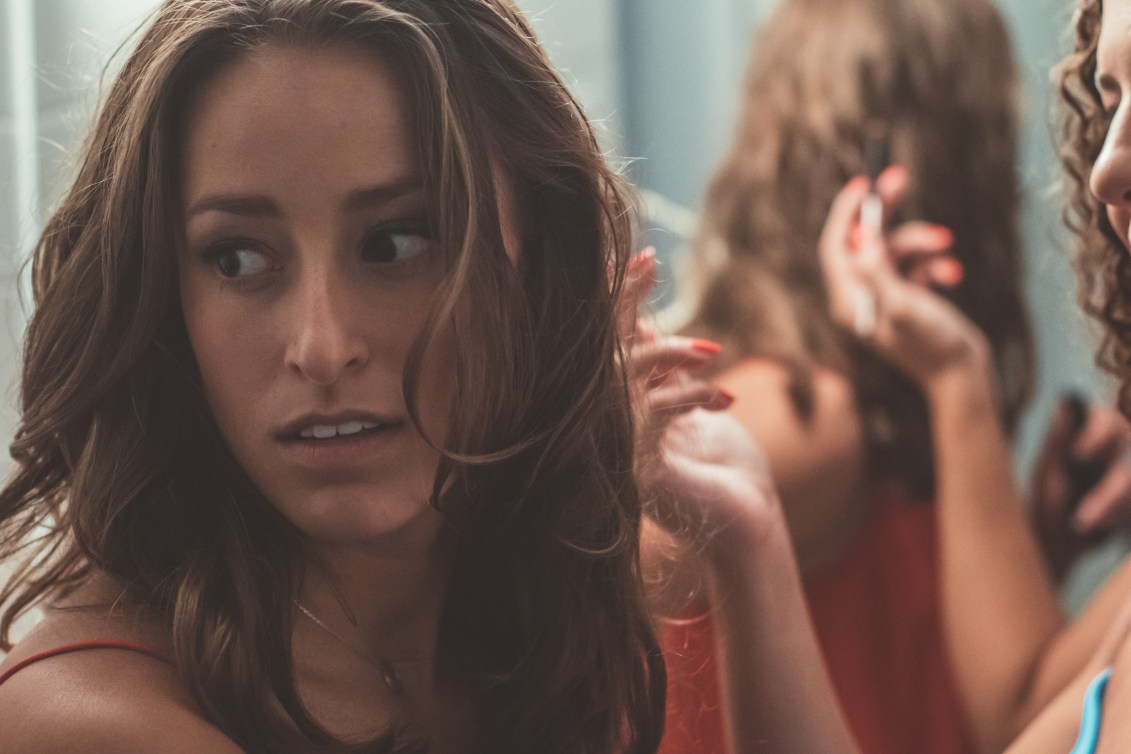 Katerine Savard as Nadia in the film Nadia, Butterfly (Photo courtesy of Maison 4:3)

Clearly, the audition went well. Savard was also able to count on Ariane Mainville, a close friend and teammate. Not only did she audition alongside Mainville to test their chemistry (they passed with flying colours, by the way), but her friend was cast in an important supporting role in Nadia, Butterfly.

Their friendship and history could only strengthen their on-screen relationship as Olympic teammates. Let it be known, though, said Savard, “This isn’t my life, and I think it’s important for viewers to understand that my Games did not play out like hers do.”

It’s one of the most talked about subjects in her promotional press tour: Nadia and Katerine, two sides of the same medal?

“She’s a swimmer, she goes to the Olympics, the butterfly stroke side of it… it’s definitely similar,” explained Savard. “Any athlete will identify with the emotions she’s feeling. But it’s different in the sense that her journey, how she made it there, what she does after and during the Games, none of that is my life.”

One of the major connections between the swimmer and the character is their impending retirement. If Savard’s retirement must wait one more year due to Tokyo 2020’s postponement, Nadia’s is an important part of the film. 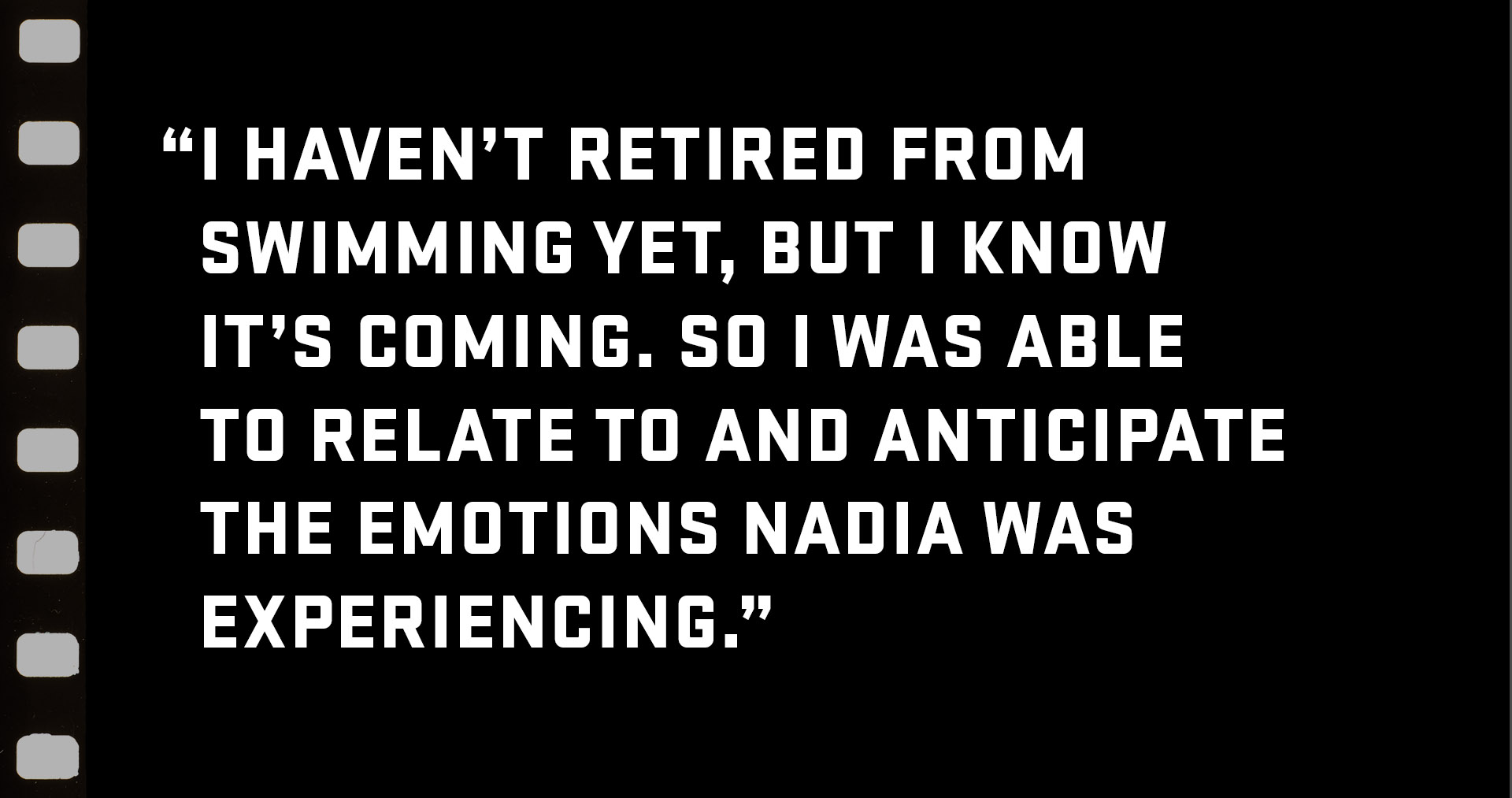 The Olympian has no doubt that when the time comes, her retirement will be an intense and emotional moment, and experiencing it through her fictional character won’t change that.

“Swimming was my whole life, it’s who I was, and everything revolved around it. I think that nothing can really take away from those emotions. And that’s OK.”

She could have been living through that experience at this very moment. At 27, Savard had planned for months, even years, to end her career after Tokyo 2020. But with the Games now scheduled for 2021, she has had to adjust those plans.

“I asked myself a lot of questions. However, I think that I was so close to the finish line that I’d really regret not going all the way, so I really decided to do this to the very end, until Tokyo.”

The Rio 2016 Olympic Games were almost her last rodeo. The story that brought her to pursue her career for four more years is one of hope, inspiration, and dreams.

“There was a period where I was really unmotivated. I was back from Brazil and I’d won the medal I’d been dreaming of since I was little. All my life I’d wanted an Olympic medal and I finally had one. I felt like I had no dream anymore. I stopped swimming, because it wasn’t healthy for me anymore, and I travelled around Asia for five months.”

She feels like she’s returned for the right reasons. 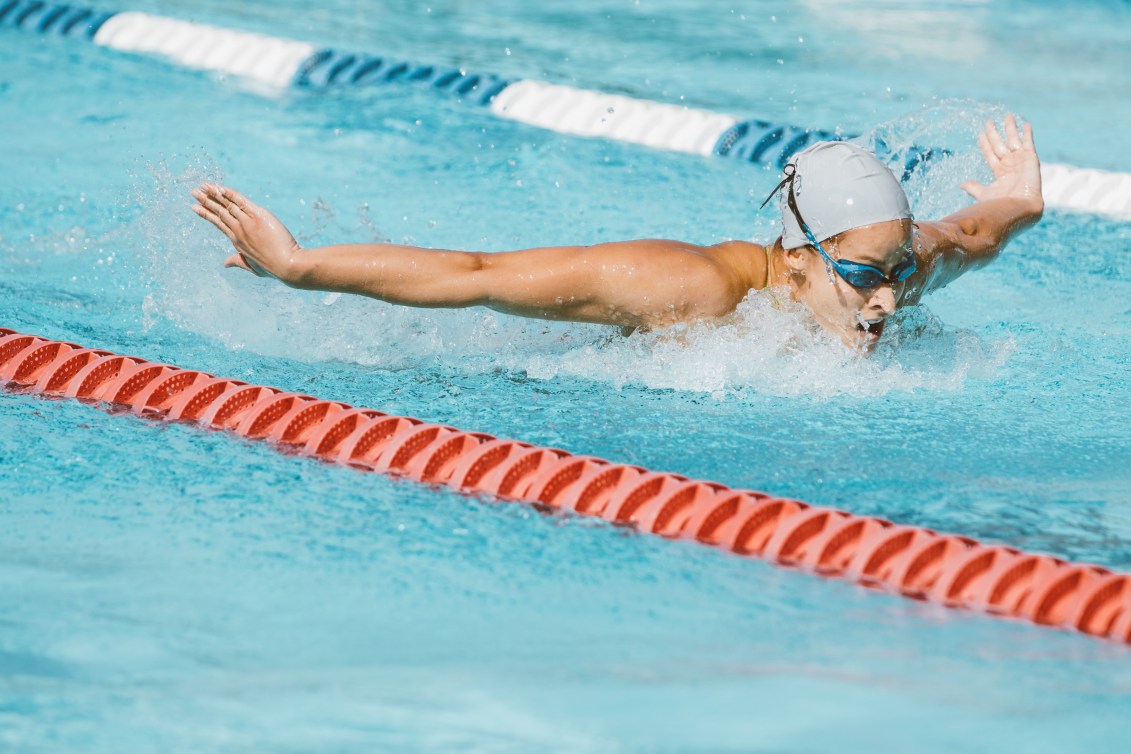 Katerine Savard as Nadia in the film Nadia, Butterfly (Photo courtesy of Maison 4:3)

Savard is adorable when she recalls her first time on a film set.

“I was so surprised the first time I arrived on the set. There are people who take care of everything! I got in trouble if I went to fill my water bottle without telling anyone! I’m used to making a mess everywhere. Plus, there was candy everywhere, but it was part of the set. So, I was eating the set décor and I would get in trouble!”

Even if pursuing a career in acting is not actually in the cards for her, she’s not hiding all the fun she had while filming Nadia, Butterfly and discovering this new world. And it didn’t take long for her habits as an elite athlete to make an appearance. Just like a practice at the pool, she asked lots of questions, was interested in this new environment, and wanted to make sure she was doing good work. 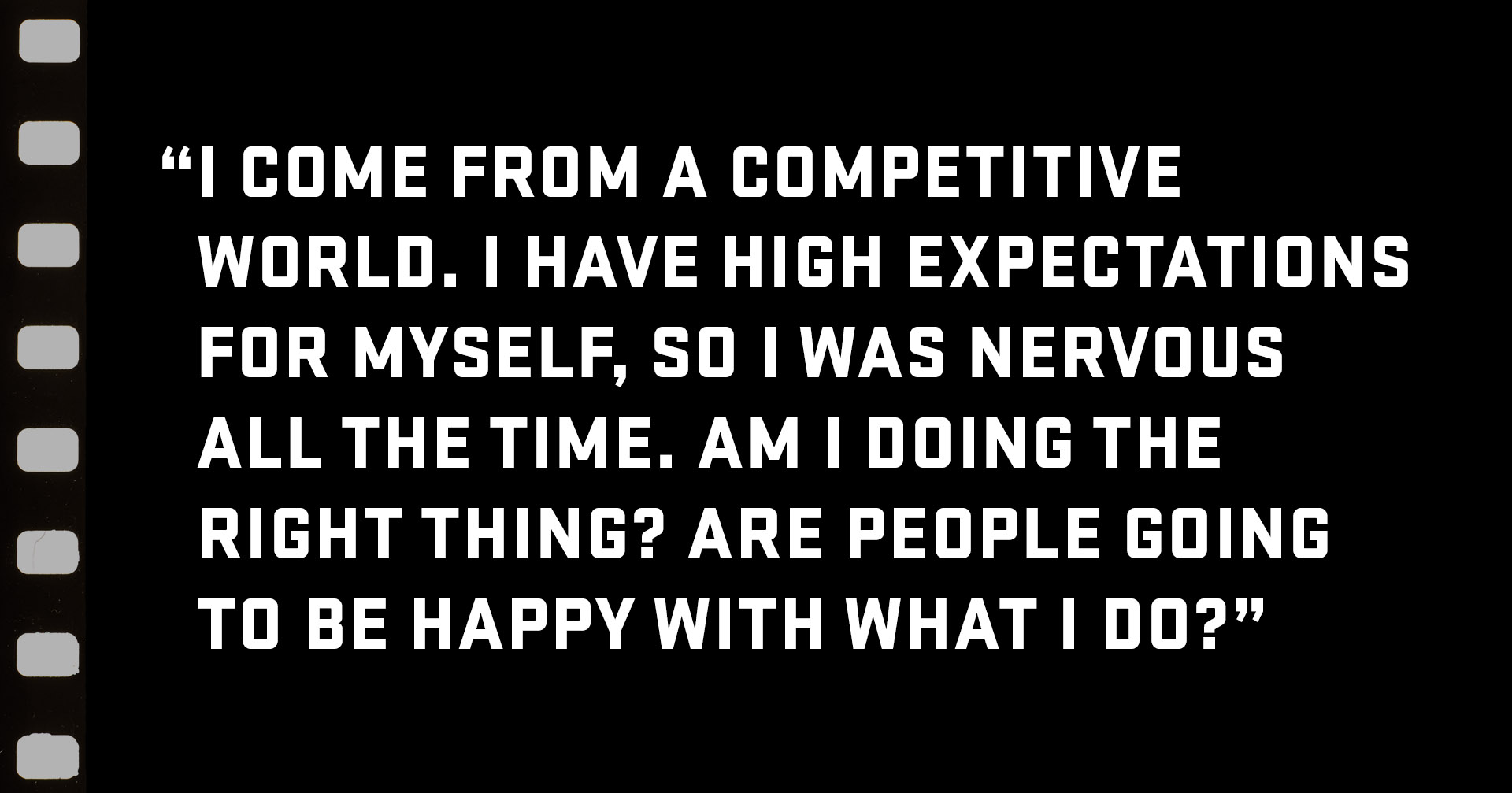 It was director Plante who accompanied the swimmers-turned-actresses on their journey to the big screen. “He really guided us through this new world. There was so much to discover, I really enjoyed it.”

Acting career or not, the next few months are unclear for Savard and others on the national swim team.

“We have absolutely no idea. In Europe, they’ve already started competing. We have none planned for a while. I just hope we’ll have some competitions because that’s what really fuels me. They really motivate me to train every day.” She hopes to take part in at least one race before January 2021.

Meanwhile, you can watch Nadia, Butterfly when it hits the big screen on September 18.