VICTORIA – A new rivalry was ignited at the Canadian Swimming Trials on Thursday night when favourite Alec Page of Victoria withstood a strong challenge from Luke Reilly of Vancouver for the gold medal in a men’s 400-m individual medley thriller.

Page, a 2012 Olympian and defending Trials champion, was nearly reeled in by Reilly on the final length but he held on for the victory in 4:15.80 seconds.

Reilly, a product of the National Development Team Program who turned 18 in November, finished just 0.06 behind. They were the third and fourth fastest times in the world this year.

Both swimmers also went under the qualifying standard to make the teams for the Commonwealth Games and Pan Pacific Championships this summer.

“It was a great race,” said Page, 20, who trains at the Swimming Canada High Performance Centre – Victoria. “I just managed to finish first. I saw that Luke was gaining on me and I just put my head down to the wall. It was fantastic to win this event at home.”

The times were personal bests for both swimmers.

“I didn’t expect to go that fast,” said Reilly, who broke Page’s national age group record in a fifth-place finish in the 400-m IM at the world junior championships this past winter. “I’ve had my sights set on Alec for a while.”

The top two swimmers in the women’s 400-m IM also went under the qualifying standard. Erika Seltenreich-Hodgson of the Greater Ottawa Kingfish, a national team rookie last season at the world championships, posted a personal best 4:40.07 in her victory. That was the sixth-fastest time in the world this year.

“I was aiming for under 4:40 but I’m quite thrilled with the time,” said Seltenreich-Hodgson, who beat her previous best by more than two seconds. “I really hope to get a second go with the national team. Last year was a test run for me.”

Emily Overholt of the West Vancouver Otters was second in 4:42.84 after grabbing a big lead on the opening butterfly leg of the race.

Two-time Olympian Victoria Poon of the Club de natation des Piscines du Parc Olympique de Montréal took the women’s 100-m freestyle in 54.67. It was also under the qualifying standard and also the fastest time by a Canadian at home.

Richard Funk of Edmonton and Tera Van Beilen of the Swimming Canada High Performance Centre-Vancouver both earned their second national titles on Thursday but were disappointed with their winning times.

In the men’s 100-m breaststroke, Funk placed first in 1:01.43, about a second off the qualifying standard which is based on the 16th best time at the FINA World Championships last year.

“I’m not particularly pleased with the time,” said Funk, the 200-m breaststroke winner on Wednesday. “Still getting the wins is good and I hope that will be enough to get me on those teams.”

Sinead Russell of Markham, Ont., and Russell Wood of Calgary also collected a second win with victories in their respective 50-m backstrokes, which are non-selection events.

Yuri Kisil of the Cascade Swim Club in Calgary took the men’s 100-m freestyle for his first career national title.

Competition continues through to Saturday. Morning heats begin at 10 a.m. each day, with evening finals sessions at 6 p.m.? ?Live results are available at https://www.swimming.ca/liveresults/2014snctrials/?

Live webcast is available at: http://www.sportsnet.ca/more/2014-canadian-swimming-trials/ 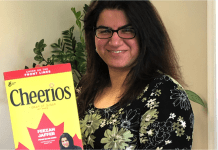