TORONTO—Paula Findlay and Simon Whitfield took a major step forward towards representing Canada at the 2012 Olympic Summer Games, thanks to a discretionary selection made by Triathlon Canada during the organization’s recent Annual General Meeting.

The national body for triathlon in Canada nominated the nation’s top-two ranked triathletes to the Canadian Olympic Committee for consideration to be named to the 2012 Olympic squad. Triathlon Canada made the discretionary selections following the first qualifying period based on both of the athlete’s ability to demonstrate medal potential.

“Paula emerged into one of the top-ranked triathletes in the world prior to getting injured this season. We believe early selection will allow her to focus on maintaining her health while properly preparing to compete at her best in London without chasing standards over the next seven months,” said Alan Trivett, executive director, Triathlon Canada. “Simon is a proven performer and another medal-potential athlete in our system who we want to have focusing solely on peaking in London. Our journey is simple – to land on the podium in London. We believe these two athletes will help us achieve this goal.”

The 22-year-old Findlay’s quick surge to the top of the international triathlon rankings over the last two years has been nothing short of incredible. The Edmontonians historic golden run began in 2010 when she shocked the world to win on the 2012 Olympic course in London in just her second-ever World Championship Series race. She followed that performance up with a victory two weeks later in Kitzbuhel, Austria before a fifth-place result at the Grand Final in Budapest, Hungary in September. Findlay crushed any doubts she may be a one-season wonder by winning the first three races this year: on the iconic course in Sydney, Australia; in Madrid, Spain; and she successfully defended her title in Kitzbuhel.

Battling through a hip injury, while chasing her Olympic qualification during the second half of the season, Findlay can now focus on being healthy with the goal of competing at her best during her Olympic debut.

“Two years ago I didn’t think that it was even possible to compete in London, but when it became a realistic possibility, my whole focus has been on getting on the team,” said Findlay. “This has come very quick, but I have worked really hard for this. I am thrilled and excited. My focus is obviously towards peaking in London, but it will be a fine balance next year. I stillwant to prove my fitness and continue to chase the podium before the Olympics.”

One of Canada’s most accomplished Olympians, Simon Whitfield, is positioned to make his fourth trip to the Games. The Victoria resident captured the hearts of the nation with his thrilling gold-medal victory in triathlon’s debut at the 2000 Games in Sydney, and his silver-medal charge in Beijing in 2008.

“The first step was to get on the team, and the second step now is to get a full squad of three men qualified for London,” said Whitfield, who will continue working with close friends and teammates Brent McMahon and Kyle Jones to accomplish this goal. “I have great camaraderie with these guys. Having three athletes on the start line will give Canada a better chance to achieving our goal in 2012.”

The Canadian men’s squad has enjoyed steady progress internationally in 2011. Victoria’s Brent McMahon has made a remarkable return to elite racing after missing 18 months of competition with a career-threatening knee injury. McMahon won his first-ever World Cuprace this summer and finished third at the Pan Am Games two weeks ago. Jones, of Oakville, Ont., has made huge progress in his development into an elite racer. The 26-year-old won three Continental Cup races this year, and finished fourth at the Edmonton World Cup and Pan Am Games.

The final opportunity for Canadian triathletes to qualify to be eligible to be named on the 2012 Canadian Olympic Team will be at the World Championship Series race in Madrid, Spain, May 26-27, 2012.

Triathlon Canada is the governing body for triathlon in the country. Recognized as an Olympic medal sport since 2000, Triathlon Canada’s mandate is to promote, foster, organize and develop the sport of triathlon, and its related disciplines, in Canada. For more information on Triathlon Canada, please visit us at www.triathloncanada.com on the Internet. 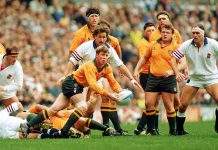