The Victoria Cougars hope to continue their dominance over the Campbell River Storm when the two teams square off for the fourth time this Thursday.

In their last meeting, the Cougars shut out Campbell River 3-0. Scoring for Victoria was Anthony Bonner, Brody Coulter, and Ben Kinshella. In net was Kiefer Giroux who faced only 17 shots that game.

Mark Van Helvoirt and his troops just completed a stretch of three games in four nights in which they collected four out of a possible six points. Last Thursday, the Cougars downed the visiting Kerry Park Islanders 2-1 in a shootout before dropping a 4-2 decision to the hometown Saanich Braves 24 hours later.

Victoria (19-4-1) last saw action on Grey Cup Sunday when it beat the visiting Peninsula Panthers 4-2. Netting the goals for the Cougars were Mark Walton and Coulter who sits atop of the league leaderboard with 45 points.

Giroux turned aside 19 shots for his league leading 11th win.

Steve Axford had his 18 game point streak come to an end after being held off the score sheet for the first time since Sep. 17.

After getting shut out by both the Braves and Cougars in between Nov. 16-18; Campbell River exploded for nine goals this past weekend. However, it was not enough as the Storm dropped a 6-5 overtime decision to Peninsula on Friday before losing 6-4 on Saturday to Kerry Park.

Campbell River has a European on its roster. Davis Sprukts, who stands six-foot-three and weighs in at 205 pounds, hails from Jelgava, Latvia. The 18-year-old forward has one goal and four assists for five points in ten games.

The Storm has been dreadful against teams from the South Island Division, going 2-11-1. Conversely, Campbell River is 5-4-0 versus teams within their own division.

Tyson Rennie, who leads the Storm with 21 points, is tied for 16th place in league scoring. 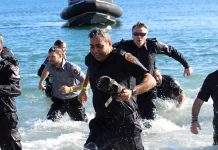 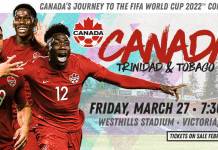