Q) I understand there have been some significant changes in your organizations this fall. Can you elaborate?

A) Yes. The Junior Shamrocks have assumed control of the Intermediate A franchise, the draft is back and we have new Head Coaches in both the Junior and Intermediate teams.

Q) That sounds pretty major. First off Rod for non Lacrosse fans, what is the difference between Junior A and Intermediate A?

Q) OK so what exactly is the significance of taking on the Intermediate team to the over all Program?

A) In Ontario and Alberta there is no Intermediate program as we know it. As a result there is a 5 year Junior program and 17 and 18 year old players can better develop their skills by playing with the older players. To further challenge a program like we used to have, most of the Lower Mainland based Junior A teams already have control of their Intermediate programs and effectively have 5 year programs. We were very much in the minority and had to rely on the good nature of the Intermediate Coaches if we wanted to utilize a player on any given day. The intermediate Coaches were cooperative but bottom line, they want to win to so they were not always on side with our wishes. This will now give us an opportunity to evaluate what is best for the overall program and make a decision based on that. This effectively gives us the same 5 year program.

Q) So you are saying this will help develop the younger players faster?

A) Yes, in my opinion it will. This will challenge the players who get to called up to perform at the higher level and develop their skills quicker. It will also give the players at the other end of the spectrum a chance to get into more Intermediate games and they will benefit as well. This philosophy helped to develop some of Victoria’s best known lacrosse players such as the Gait and Pepper brothers and Kevin Alexander just to name a few.

Q) Thanks, now the Junior Entry Draft. I thought it was killed?

A) Well let’s say it has been reincarnated, in a slightly different form. We are now drafting first year Intermediate players before they actually begin their first year of play. We have only included non protested players in the Lower Mainland and Vancouver Island zones and the draft will be limited to 6 rounds.

Q) Why only those areas and what area does the Shamrocks protect?

A) The biggest challenge to the old format came for the Interior and Northern regions of the province. It was felt that by drafting these players we were putting unnecessary pressure on them to report to their drafting teams and that this was depleting the other regions of players. This way we leave the choice of were a player plays to the individual. They are welcome to come down to the coast and try out for a team or remain in their own backyards. As far as protected areas, we protect the Western Communities Area.

Q) Why the Western Communities rather than say, Saanich? What happens to a player from another area in Victoria if he gets drafted by some other team?

A) The protected areas are defined as the city a team operates in. Bear Mountain Arena is in Colwood so we were able to show the Governors that Victoria is comprised of zones of small communities and the Westshore was were we resided. As for the players we do not draft. My Governor’s hat tells me that I would hope that they would report to their new teams. If they do not wish to do so they can sit out a year of Junior A and become restricted free agents. They are then free to tryout for any team and if signed, the original drafting team is owed a set rate of compensation.

Q) OK Thanks. Now Coaches, both teams had their Head Coaches resign?

A) Yes coincidentally so did the Senior A Shamrocks at the same time. All three resigned on their own for different personal reasons. The Senior Rocks have promoted Bob Heyes from assistant Coach to Head Coach. We have appointed Larry Smeltzer to the Junior position and Keith Hagedorn to the Intermediate job.

Q) Can you tell us a bit about the two new coaches in your organization.

A) Keith has been the coach of the Intermediate B Team in the Juan De Fuca organization the last three years. During that time frame he has lead them to 3 consecutive Provincial Gold medals. He did this with the help of Blake Anderson, a former Intermediate A goalie himself. Blake has agreed to come on board with Keith so that gives us the nucleus of a proven coaching duo.

Larry has been working with both the Junior A and Senior Teams the past few years helping out with the goaltenders. Prior to that he coached in the Ontario Senior A league where he was named coach of the year. Working with Larry will be Nirmal Dillon, Rod Banister, Matt Flidell and Ron McQuarrie. Larry, Rod and Nirmal are all Canadian Lacrosse Hall of Fame Members, Ron is currently the Vice President of Performance Programs for the BCLA and Matt is currently one of the Serior Rocks goalies.

Q) What else is on the horizon?

A) We have decided to go forward with a bid to host the 2013 Minto Cup National Junior A Championship. The Minto Cup alternates between Alberta, Ontario and BC on a yearly basis. When it is your provinces turn to host, a bid is submitted to the Board of Governors and they decide which BC bid carries the highest promise of success. If you are the successful bidder you get a bye into the tournament along with the three league champions. We feel we will have a very competitive team in 2013 and that the support expressed so far in the community will carry into the tournament itself and became a very successful event should we win the bid. 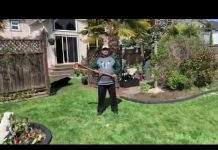 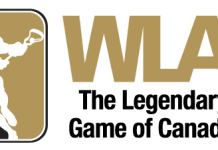