Trevor Chown scored the game winner early in the third period as the Victoria Cougars got past the Peninsula Panthers 7-4 on Saturday night.

Chown put the Cougars ahead to stay at the 2:31 mark of the third period while Connor Stephens and Sam Rice scored 74 seconds apart to make it 7-4 with 49.8 seconds left.

Peninsula was unable to score on any of its 13 third period shots.

Dane Gibson (2), Cole Peterson, and Tyler Porteous replied for the Panthers who dropped to 1-2-0 under the new ownership of John Wilson and Pete Zubersky.

A tripping penalty to Kayle Ramsey at 1:36 put the Cougars on an early powerplay. Precision passing between Wyatt and Brody Coulter would result in the Victoria captain scoring his league leading 23rd goal of the season.

The Panthers received a powerplay of their own after Chown was sent to the penalty box for cross-checking Jake Bryan. Skating up the left wing, Peterson beat Evan Roch short side with a slap shot at 7:52.

Gibson tied the game at 9:15 after taking a stretch pass from Bryan. Stepping over the blue line, Gibson scored his first of two when his laser beam found the top corner of the net.

Victoria went on another powerplay when Axford was the recipient of a Bryan elbow. Mark Van Helvoirt and his troops regained the lead after Nathan Chen-Mack blew the puck past Wear at 10:45.

A pair of penalties put the Cougars on a two-man advantage for 53 seconds. During the five-on-three, Kyle Richter rang the puck off the goal post. That would come back to haunt Victoria as Gibson scored his second of the night, shorthanded, at 16:22 to knot the game at 3-3.

The score remained that way until 11:42 of the second period when Porteous caught the Cougars off guard with a shorthanded goal. But at 12:09, on the same powerplay, Chown had his point shot deflected in by Richter.

Victoria had a goal disallowed with 35 seconds remaining after referee Jeff Eden ruled that the puck was kicked in.

However, Chown would give the Cougars the lead for good at 2:31 of the third period. On the powerplay, Chown rifled a point shot past Wear for his third point of the game.

With 14:45 remaining, Wear was shaken up during a collision with Wyatt. Wear, who was immediately attended to by trainer Ashley Nelson, remained in the game.

200-feet away, Roch atoned for his earlier mistakes as he stopped Bryan on a breakaway with just under four minutes left.

Stephens scored Victoria’s sixth goal after banging home a goal mouth pass by Chen-Mack. And then with 49.8 seconds remaining in regulation, Rice twinkled the twine from the slot.

Shots on goal favoured the Cougars 44-40.

Next game for the Victoria is Thursday, December 15 against the Kerry Park Islanders. Game time at the Archie Browning Sports Centre, located at 1151 Esquimalt Road, is 7:15 p.m. 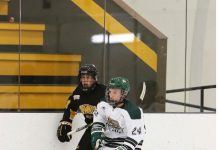 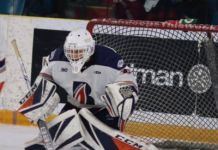 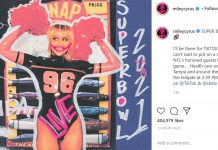