What a showdown it was at Wellington Secondary School, during the Superball Tournament on Saturday January the 7th, both Wellington Wildcats Girls and Guys senior teams came in undefeated, but did the undefeated season continue or did another school shut that down?

The senior girls continued their streak, by winning 1st and 2nd place in the Tournament, after the late drop out by the Dover Bay Girls, the Wildcats swept each team they played, however the boys had a tough competitor in the final game!

If you were not a basketball fan, you were turned into one during this game, the lead went to Wildcats, then D.W followed up with two points, and with 6 seconds to go, Wildcats lead by two, D.W scores a two pointer, and the buzzer goes, and we are heading into the 2nd overtime. Much of the same in the 2nd overtime, back and forth, D.W took the lead at one point, but shortly after Wildcats came back on top, then D.W tied the game up and yes, we were heading to the 3rd overtime!

Personally, I never knew BC High School Basketball could get any more exciting, as both teams fans chanted, screamed and motivated their team, D.W took the lead at the beginning of the 3rd overtime, which continued until a minute to go, when Wildcats took the lead by one point, which continued until 10 seconds to go, D.W took a foul, which lead to a another point by Wildcats. Wildcats were up by 2 point, with 3 seconds to go, D.W throw the ball from their side of the court as the buzzer went, and missed…The Wildcats did it! They remained undefeated, and take 1st place in the Superball Tournament!  87-85 was the final score!

The Wildcats girls and boys, both remain undefeated, and are the Superball Tournament Champions! 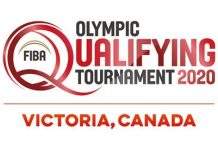 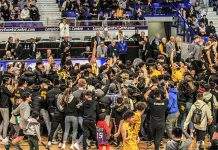