May 8, 2014, Courtenay, BC (ISN) – On a day when heavy rain and gusting winds made Crown Isle Resort and Golf Community a challenging test and just six players broke 70, David Bradshaw held steady with a 1-under 71 to extend his lead to 11 shots heading into the final round of PGA TOUR Canada’s British Columbia Q-School.

The 31-year old from Encinitas, California managed three birdies and two bogeys to add one shot to his overnight lead and post 18-under through 54 holes. Amateur Ryan McCormick sat in solo second at 7-under after firing a 5-under 67, the best round of the day.

“I know where I stand and I feel pretty confident,” said Bradshaw. “I just have to try and stay focused and not think about it too much and it should be okay.”

Bradshaw said he felt good about his round despite shooting nine shots higher than the day before, when he carded a course record 62 at Crown Isle. Temperatures hovered around 12 degrees Celsius, with winds gusting to 20 km/h and approximately 20 mm of rain falling through the day. The course averaged 75.35 strokes on Thursday after averaging just 73.74 over the first two rounds.

“I played pretty well. I saved a lot of pars on that back nine,” said Bradshaw. “Hitting the ball forward was the goal. If you made par it was great, and if you made any birdies it was a miracle. On the 14th hole, I hit driver-3 wood today after I hit driver-9 iron yesterday.”

Bradshaw comes into the week off an appearance on the PGA TOUR, where he Monday Qualified for the Zurich Classic of New Orleans. The Shepherd University graduate also received a timely assist from a Crown Isle resident – four-time club champion Peter Benedictson, whose son Brian is a former PGA TOUR Canada member – who stepped into caddie in round three.

“With a day like today, you definitely need a caddie, and he did an awesome job,” said Bradshaw. “When it got really windy around the middle of the front nine, it was a big relief to have him around and help me with the weather.”

McCormick coming into Q-School with momentum on his side

It’s hard to find a player coming into the week with more momentum than amateur and current St. John’s University golf team member Ryan McCormick, who arrived this week at Crown Isle fresh off an eight shot win at the Big East Championship.

The win also helped St. John’s to its first conference title since 1989 and will send McCormick to his first NCAA Regional Championship next week.

“I feel like I’ve been playing the best golf of my career lately. The past month or so I’ve been playing pretty well and looking forward to this week,” said the Middleton, New Jersey native. The 22-year old plans to turn professional after his NCAA career ends later this year, and was in excellent position to begin his pro career with status on PGA TOUR Canada after shooting a 5-under 67 in round three, the best round of the day.

With the top 18 players this week earning exempt status and rest of the top 40 plus ties earning conditional status for 2014, seven players were tied for 18th position at 1-under, a leaderboard that would result in a seven-for-one playoff for exempt status if it were to remain. 41 players were at even or better and in position for conditional status. 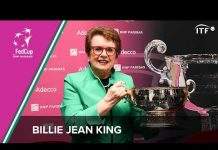