Lake Sumter used a three run third inning to go in front and hung on to win the morning contest by a score of 4-3, while in the evening contest, Stetson struck for seven runs in the fifth inning to go up by ten as they cruised to an 11-1 win.

After Lake Sumter took a 1-0 lead in the top of the first, the juniors answered back in the home half of the inning as Adam Hall (London, ON) walked, stole second and advanced scored from third on Demi Orimoloye’s (Orleans, ON) RBI single.

The juniors took the lead scoring an unearned run in the second, but Lake Sumter came back in the third scoring three run to go up by two.

Starter Matt Ianni (Ottawa, ON) gave-up four hits in the first, but managed to leave the bases loaded allowing only one run before tossing a scoreless second.

In the third, three hits and an error brought in three runs that spelled the end for Ianni’s outing.

From there on, three JNT pitchers combined to toss six shutout innings with Michael Brettell (Fonthill, ON), Kristjan Storrie (Langley, BC) and Alexis Lavergne (Gatineau, QC) throwing two innings each. Brettell had two strikeouts, while Lavergne recorded one.

In the eighth, Orimoloye used his speed to leg out an infield single and later stole second before Andrew Yerzy (Toronto, ON) drove him in with a single to bring the juniors within one, but that’s as close as they would get.

In total, the juniors collected nine hits with Orimoloye, Ben Komonosky (Regina, SK) and Isaac Deveaux (Montréal, QC) recording two apiece, while Hall, Yerzy and Cooper Lamb (Burlington, ON) had one each.

Josh Naylor’s (Mississauga, ON) turned out to be the lone offensive highlight on the evening as Stetson University scored seven runs in the fifth and limited the juniors’ bats to only four hits in an 11-1 win.

Naylor’s solo shot came in the eighth with the score already 11-0 when he belted a solo shot over the wall in right-centre with one out in the inning.

Stetson took advantage of two consecutive JNT errors, coming with two out in the second inning, to plate two runs and open the scoring.

Starter Nicholas Virdo (Brampton, ON) turned in a solid performance on the mound in his JNT debut scattering two hits and a walk in three innings of work, while recording one strikeout. Both runs he gave-up were unearned.

Reliever Jackson Wark (St. Albert, AB) took over for Virdo in the fourth and had the makings of a nice inning before a two-out double down the right field line came around to score the third Stetson run of the game on an ensuing single up the middle.

Stetson opened the floodgates in the fifth scoring seven runs with the big blow coming in the form of a three-run homer that came with two-out in the inning.

Mathieu Denault-Gauthier (Candiac, QC) took the mound for the sixth a tossed two shutout innings allowing only one hit, while striking out two. He gave way to Vincent Beauregard (Laval, QC) who allowed one run on three hits to go along with four strikeouts.

UP NEXT: The juniors will be back at ESPN Wide World of Sports tomorrow for a 1pm EDT against prospects from the Washington Nationals…RHP Josh Burgmann (Nanaimo, BC) is expected to start. 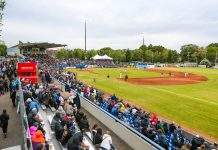 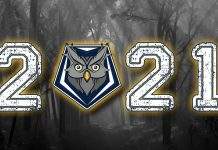