(ISN) – Montreal,  – The table is set for the 2015 edition of the Australian Open with two of the three Canadians in the singles main draws among the top eight seeds.

Eugenie Bouchard (Westmount, QC), Vasek Pospisil (Vancouver, BC), and Milos Raonic (Thornhill, ON) all earned direct entry into the first Grand Slam event of the season.

Seeded eighth, Raonic will face a qualifier in the first round. The top Canadian on the ATP World Tour will try and reach his first Australian Open quarter-final having reached the fourth round on two previous occasions in 2011 and 2013. Raonic finds himself in the same quarter as World No. 1 Novak Djokovic of Serbia.

For his part, Pospisil drew American Sam Querrey in the opening round. The 24-year-old reached the third round in Melbourne last year before he was forced to withdraw from the tournament with a back injury. A win over Querrey could set up a second round encounter against world no. 23 Alexandr Dolgopolov of Ukraine. Dolgopolov has won their only previous meeting 6-2, 6-2 last year in Acapulco.

On the women’s side, Bouchard, seeded seventh, will take on world no. 98 Anna-Lena Friedsam of Gernany in her opening match. Bouchard, an Australian Open semifinalist last year, lost to Friedsam in three sets at a tournament in Slovenia in 2012. The 20-year-old Canadian could meet Maria Sharapova in the quarter-finals. 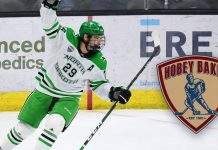 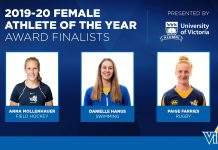