OTTAWA (CIS) – Receiver Tyrone Pierre and kicker Dominic Lévesque, both from the Laval Rouge et Or, as well as linebacker Luke McQuilkin from Queen’s are the CIS football players of the week for the period ending Oct. 4, 2015.

Pierre, a second-year sociology student from Ottawa, was honoured on offence following a record-breaking performance in a 42-27 home win over Concordia, Sunday afternoon in Quebec City. The speedy 6-foot-2, 200-pound sophomore racked up a remarkable 311 yards on 11 catches to shatter the previous conference mark of 305 receiving yards set back in 1980 by Concordia’s Gérald Prud’homme, and move to fourth-place on the CIS single-game list. Two of Pierre’s receptions against the Stingers went for touchdowns, including a spectacular 85-yard catch-and-run play in the opening quarter.

StFX tailback Ashton Dickson, Toronto running back Alex Malone and Regina receiver Davin Johnston were also up for the award.

McQuilkin, a fourth-year commerce student from Burlington, Ont., took home the award on defence thanks in large part to a pair of goal-line stands in a massive 23-15 upset over previously undefeated Guelph, Saturday in Kingston. The 6-foot, 233-pound senior had an interception in his own end zone on the opening drive of the second quarter as the Gaels were defending a 9-0 lead and then, in the third stanza, took down running back Johnny Augustine for a one-yard loss on second-and-goal to force Guelph to go for it on third down, and eventually turn the ball over. McQuilkin finished the contest with five tackles as Queen’s improved to 4-2 on the season.

Lévesque, a first-year education student from Saint-Georges, Que., was the choice on special teams after he set a personal best with six field goals on seven attempts against Concordia. The 6-foot-1, 219-pound freshman, who had five field goals in four games going into Sunday’s contest, was good on 26, 22, 36, 26, 12 and 30 yards to improve to 11-of-14 on the year. The talented rookie also averaged 56.7 yards on three punts and 56.5 yards on four kickoffs, with two of his punts landing inside the Stingers’ 20.

Kickers Ryan Lambert of Mount Allison, Michael Domagala of Carleton and Johnny Mark of Calgary were the other nominees. 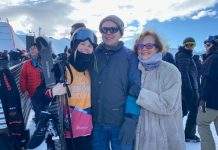 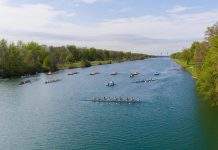