CALGARY, Alta. – The leadership trio that guided Canada to Olympic gold in 2014 is reprising its role at World Cup of Hockey 2016. Hockey Canada has selected Sidney Crosby (Cole Harbour, N.S./Pittsburgh, NHL) to return as Team Canada captain at the World Cup of Hockey next month, with support from alternate captains Jonathan Toews (Winnipeg/Chicago, NHL) and Shea Weber (Sicamous, B.C./Montreal, NHL).

“All 23 players on our roster are leaders on their respective club teams,” said Doug Armstrong, general manager for Team Canada at World Cup of Hockey 2016. “These are three leaders who have demonstrated their ability to win at all levels, and we are looking to them to bring that experience, and their relentless pursuit of excellence, as we come together as a team.”

“Sid, Toews and Web are great men who have had unbelievable on-ice success,” said Mike Babcock, head coach of Team Canada at World Cup of Hockey 2016. “We look forward to them stepping up and leading our group as we work to achieve our ultimate goal at the World Cup.”

Crosby, 29, has won the Stanley Cup twice since becoming captain of the Pittsburgh Penguins prior to the 2007-08 season. In addition to his Olympic gold medal in 2014, Crosby captained Team Canada to gold at the 2015 IIHF World Championship, and was alternate captain of the golden 2010 Olympic team.

Toews, 28, was an alternate captain with Team Canada when he won his second IIHF World Junior Championship gold medal in 2007, on his way to two Olympic gold medals (2010, 2014) and three Stanley Cup championships since first donning the ‘C’ for the Chicago Blackhawks in 2008-09.

The 31-year-old Weber has won gold for Canada at the IIHF World Junior Championship and IIHF World Championship, and at two Olympic Winter Games. He tallied six seasons as captain of the Nashville Predators, and will wear the ‘A’ when he hits the ice with the Montreal Canadiens this season. 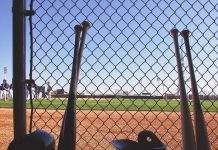