Picton, a fourth-year business administration student from Regina, was honoured on offence after he had the best game of his CIS career in a 32-27 home win over then-nationally second-ranked and previously undefeated Calgary, last Friday night. The 6-foot-2, 205-pound senior caught 13 balls for 215 yards and three second-half touchdowns to help the No. 4-ranked Rams (3-1) erase a 14-point deficit and hand the Dinos their first regular season loss since 2014. Picton, who currently leads all CIS receivers in touchdowns (7) and yards per game (121.3), now sits in second place in the team’s single-game record book for receptions and fourth in receiving yards.

Badra, a first-year education student from Bromont, Que., took home the award on defence thanks to his record-setting performance in a 30-29 come-from-behind win against Saint Mary’s, last Saturday in Lennoxville, Que. As the Gaiters erased an early 16-point deficit to claim their first victory of the season, the 6-foot-1, 211 pound freshman racked up a remarkable five quarterback sacks to set a single-game team record and tie the RSEQ conference mark first established in 2003 by McGill’s Jason Manzano. Badra finished the contest with seven total tackles, including 5.5 behind the line of scrimmage for losses of 38 yards.

Mikoluff, a first-year agriculture student from Beausejour, Man., was the choice on special teams following a perfect start to his CIS career in a 38-17 defeat of visiting Saskatchewan, last Saturday in Winnipeg. The 6-foot, 260-pound rookie went 3-for-3 on field goal attempts, hitting from 36, 30 and 12 yards out, converted all three of his extra-point attempts and also averaged an impressive 60.0 yards on five kickoffs. Mikoluff finished the game with 12 points as the No. 9 Bisons scored 25 unanswered points after the halftime break to even their record at 2-2. 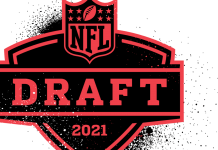 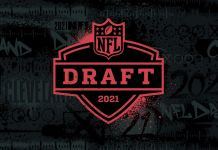