Having split their October 13 and 14 home openers against the College of the Rockies (COTR) Avalanche, the Camosun College Chargers women’s volleyball team advances into Week 2 of PACWEST competition where they are set to meet Island Rivals, the Vancouver Island University (VIU) Mariners this Friday and Saturday night.

“Opening weekend went well,” comments Chargers Head Coach Chris Dahl. “Although a split in our results might indicate otherwise, we learned a lot more about ourselves as a program. We looked outstanding for parts of both days. That should connect with our athletes and provide evidence of the positive direction they’re heading.”

Island rivals, the VIU Mariners were the next to take on the Avalanche who went on to play four consecutive matches over the weekend. COTR suffered back to back straight set losses to VIU who picked up a pair of wins to open the season.

This weekend, the Chargers and Mariners square off in a home and away series that kicks off in Harbour City on Friday and ends in Victoria on Saturday.

“The Camosun versus VIU weekend series is now a matchup of two programs that have a track record of being amongst the best in the country,” states Coach Chris Dahl. We have tremendous respect for our Island rivals. Although we anticipate both programs to look different by the end of the season as skills and team play is cleaned up, these matches early in the campaign are a great learning tool for both teams.”

Catch the action livestream on SportsCanada.TV 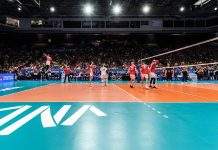 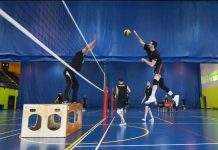