a professional sport after receiving a heart transplant, will be inducted into The Greater

Victoria Sports Hall of Fame on Oct. 29, 2016 at the Westin Bear Mountain Resort in

soccer at age 4 for the Victoria Boys Club, later moving to the Lansdowne Evening

appeared in the Provincial Finals on two occasions.

Keith’s accomplishments in soccer were abundant. He was a city all-star, represented

Vancouver Island and the Province of British Columbia at the U-16, U-18 and Senior

men’s categories, as well as being included in the Canadian National Team program as

and his selection to the first All-Star Team. Upon graduation, Simon played for Millwall

Keith’s personal story is also one of inspiration and perseverance. In a life-changing

event in 1984, Keith was diagnosed with myocarditis, a deterioration of the heart

muscle. Two years later, at the age of 21, he was the recipient of a heart transplant.

He then moved to Las Vegas in 1987 determined to return to the field of play. Keith

amazingly returned to competitive soccer playing for the University of Nevada, Las

Vegas, under head coach Barry Barto. He also had a chance to play along side his

After playing two seasons with the Rebels, Keith garnered many honors including being

Courageous Athlete. After his senior season, Keith was named the Most Valuable

Today, Keith has turned his attention to helping others, becoming one of the most

notable and influential proponents of organ donation. In 2011, he founded The Simon

Keith Foundation, an organization which raises funds to benefit children who have

Keith also serves as the Chief Operating Officer for the Nevada Donor Network, the

direction, NDN has become a model for organ donation and education, recovering more

organs per capita than anywhere in the United States.

Now one of the longest living transplant recipients in the world, Keith released his

autobiography – Heart for the Game – and also established The Simon Keith

Foundation in 2011. His incredible story was recently chronicled in an ESPN E:60

David Foster Foundation. He is also a 2013 inductee into the Southern Nevada Sports 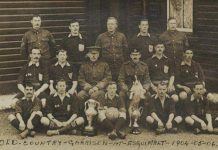