Copper Mountain, USA, December 14, 2016 – The 2016-2017 FIS Freestyle Skiing halfpipe World Cup will kick off this week at Copper Mountain, USA. The Freestyle Canada athletes had the chance to put their skills to the test at the Rev Tour last weekend. Cassie Sharpe and Mike Riddle both finished second, while Brendan Mackay, who is back after a year’ absence due to an injury, finished fourth.

For this first World Cup, a renewed team will head down the halfpipe course, as five NextGen athletes of the national team will take part in the competition, namely Rachael Karker, Rachael Anderson, Mackenzie Wilson, Ryan Malone and Evan Marineau. “This World Cup event is a significant step up from the Rev Tour event last week which the athletes used as training. Having a halfpipe event like this one this early in the year really makes the preseason training count. Expectations at this event are that the Next Gen athletes ski their personal best with the runs they have been training all summer”, explains Jeremy Cooper, head coach of the NextGen Park and Pipe Team.

Among the team’s “veterans” are Cassie Sharpe, who had greatly impressed last year by winning the XGames in Oslo, Sochi silver medallist Mike Riddle, who kick’s off his 10th season with the national team and Olympian Noah Bowman who will certainly try to build on his Top 10 WC performances from last year.

“The team is really excited to compete in the first World Cup of the season. This event also serves as the first chance for the athletes to earn results that can qualify them for the Olympics in 2018. The halfpipe here at Copper Mt is in great shape, they’ve done such a good job getting it up and running in the face of challenging weather and snow conditions. The team has been training very well, they’ve worked harder than ever going into this season, and I expect that all that hard work is really going to pay off for them this year ”, said Trennon Paynter, head coach of the national team about his group of athletes. 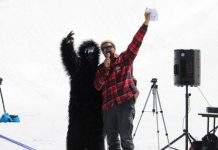 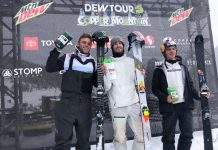 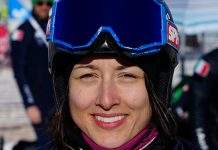