The 2016–2017 freestyle skiing season is already coming to an end. The Moguls World Cup has entered the home stretch and the Canadian moguls skiers are headed to Thaiwoo, China, this week where they will finish off their Asian tour with a double-header on February 25 and 26. As for the aerial athletes, they will be back in action in Minsk, Belarus, for their second‑to‑last World Cup of the season this Saturday.

The Iast time China has hosted a Moguls World Cup dates back to 2012, in Beida Lake. Mikaël Kingsbury and Philippe Marquis had respectively finished first and second in single moguls, and Justine Dufour-Lapointe had won silver on the ladies’ side.

By winning his 40th World Cup event last weekend in Japan, Mikaël Kingsbury earned his sixth consecutive Crystal Globe by finishing first in the overall FIS standings for mogul skiing. Unless there is a major change in the situation, Kingsbury should also get his hands on the Crystal Globe awarded to the best overall athlete. As for his teammate Philippe Marquis, he is among the best in the discipline and is currently in fourth place in the FIS standings with 427 points.

Moving on to the ladies, they once again showed the depth of their talent this season, as can be seen from the FIS standings. In all likelihood, five Canadian athletes led by Justine Dufour-Lapointe will finish in the top 10. Note that Andi Naude, who has had the best season of her young career with four podiums, now ranks fifth.

Aerialists in Minsk, Belarus
After the Olympic test event in Bokwang, the Canadian aerialists will be in Minsk with the desire of performing at their best so that they can show up at the World Championships armed with solid results. Based on those obtained during the qualifying rounds in Korea, the upcoming events look promising. A reduced team will be performing in Minsk, since Lewis Irving is still recovering from an injury sustained during training before the final round of the World Cup in Deer Valley. Melissa Corbo is also on the injured list.

List of athletes who will take part in the moguls competition:

List of athletes who will take part in the aerials competition: 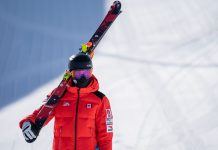 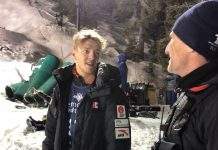