VANCOUVER, BC – In their first game of the season at UBC Thunderbird Stadium, Whitecaps FC 2 (2W-2L-1D) faced a tough 2-1 loss against the visiting San Antonio FC (4W-0L-1D).

WFC2 made four changes to their lineup against Sacramento following a big 1-0 road win against Cascadia rivals Timbers 2 last weekend. Sticking with their new formation with three at the back, head coach Rich Fagan brought midfielders Will Seymore and Matthew Baldisimo, as well as right wingback Jake Nerwinski and attacking midfielder Marco Bustos from the first team.
Ben McKendry registered the first convincing shot of the match for WFC2 in the 16th minute, rocketing a low ball from just outside San Antonio’s box as keeper Matt Cardone had to have steady hands to smother the shot.
Just two minutes later, in the 18th minute, San Antonio gave the ‘Caps a bit of a scare in front of net. With Devin Vega sending in a cross from the right wing, WFC2 keeper Sean Melvin had to come out of his net to punch the ball away. The ball landed at the feet of San Antonio midfielder Kris Tyrpak, who sent the ball back in towards the net but had his shot saved off the line by centre back Francis de Vries before the ensuing rebound was shot over the bar.
A close call for the ‘Caps, but the visiting side would soon capitalize.
In the 22nd minute, San Antonio broke the stalemate. With a cross in from the left winger Billy Forbes, forward Aly Hassan got his toe to the ball and sent the ball soaring over Melvin to open the scoring and put the visitors’ up 1-0.
It would take the rest of the half for WFC2 to even up the score, but they managed it right before the halftime whistle. McKendry got the forward movement going, dangling past several San Antonio defenders in the box before letting another shot fly. His effort hit the far post, bouncing out fortuitously to Bustos, who placed it in the back of the net for his first goal of the USL season, and on his 21st birthday no less.
After the restart, it didn’t take San Antonio long to regain the lead. After a missed clearance on the WFC2 back line, Forbes managed to get his head on the loose ball to put the Texas side up 2-1 in the 46th minute.
Despite numerous forays into the San Antonio FC end, WFC2 were stymied to a 2-1 defeat.
Whitecaps FC 2 are back at Thunderbird Stadium next Saturday, April 29 against Sacramento Republic FC. Kickoff will be at 3 p.m. PT with the day promising fun for your four-legged friends, as WFC2 host their annual ‘Bark at the ‘Bird’. Be they a Labrador or a Chihuahua, your pups are welcome to come cheer on the ‘Caps too! 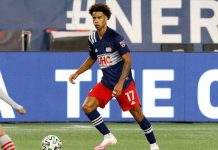 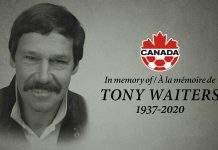 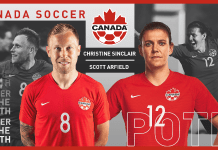