New Westminster, B.C. – After a thrilling OT classic to kick off  the 2017 Mann Cup Championships, game two was maybe even more of a shock, as the New Westminster Salmonbellies used a 6-1 first period en route to a 13-8 and 2-0 series lead in the Canadian Sr.A Men’s Lacrosse National Championships.

Another great crowd filled the blue seats inside Queen’s Park Arena, and were treated to an offensive barrage from the home team. Alexis Buque was back between the pipes after making 25 saves in game 1 and Evan Kirk got the nod for the Lakers. His night wouldn’t last long as he was chased from the net after letting in six goals on thirteen shots. New Westminster got five goals from five different players as they jumped out to a 5-0 lead and would take a 6-1 lead into the intermission.

It was an ideal start for the ‘Bellies, as Kirk came into the game with a perfect record during the play-offs and posted a 7.37 GAA. Lakers Head Coach Mike Hasen, who has been alternating his goalies all year long, was quite surprised by the play of his starting goalie but added that his club, “had too many gaps and let the Salmonbellies plant and shoot.”

Crowley, was one of those able to ‘plant and shoot’, and once again opened the scoring on the first shot for the home team, with a long outside blast; this time nine seconds quicker than the night before. Before the game was seven minutes old, Anthony Malcom, Joel McCready, Brandon Goodwin and Logan Schuss would score and everyone watching wondered what the heck was going on.

So much talk was made coming into this series about the offensive depth of the Lakers but it was the Salmonbellies depth that was on full display in game two. Seven different players would tally at least one goal for New Westminster Saturday night and it was Jr A call-up Connor Robinson who led the way, with the hat-trick. Robinson is already locked-in as the 1st pick in next years WLA draft but his NLL draft stock continues to rise and will be a top pick in the 2018 draft.

The second period would see more goals but it took a while for the teams to find their rhythm as Vinc and Buque continued to deny shooters time and again.  The first goal of the period didn’t come till after the halfway mark of the period and again it was Crowley. Both clubs would score four each as they went to the locker-room as the Bellies continued to lead, 10-5. Matt Vinc who came in for relief of Kirk really seemed to help settle his team down in the second, as at one point, the Lakers were able to get to within four.

After going a combined 11-15 on the power-play the night before, the two clubs struggled on the man-advantage scoring just three extra-man goals on twelve chances. You could tell both coaching staffs worked hard with the short-man units during morning shoot-around.

Schuss would get his second of the night just three minutes into the third, as New Westminster looked to end any hope of a Peterborough come back early. We wouldn’t get another goal for eleven more minutes as once again, great defence and technical goaltending were on display. WLA play-off leading scorer Mitch Jones was held out of the goal column in game one and it took him until late in the third period to get his first two of the series. Jones scored back to back goals, thirty seconds apart to put his team up 13-5 and the largest deficit the Lakers have had in over two years.

Jones has a long history with the ‘Bellies organization as both his father and uncle played in Mann Cups for New Westminster in the 80’s and 90’s. The younger Jones got his first taste of Mann Cup experience, when he played a key role in the Victoria Shamrocks’ 2015 Championship season and he would love nothing more than to bring the Cup home again.

However, the Lakers, who are in search of their third National Title this decade, wouldn’t go down without a fight. Kyle Buchanan got his first of the series, then Holden Cattoni and Adam Jones scored with Vinc on the bench to get to within five, but by that time, the decision was long decided. Things slowly turned silly as the clock wound down. Coolers head prevailed however don’t expect that to be the last of the extracurriculars as the animosity between these old foes continues to build.

Salmonbellies head-coach Steve Goodwin was much happier with his team transition efforts in game two, noting that he felt his group was “too cautious in game one and more loose tonight.”

Buque was even better than game one and made 51 saves as he picked up his tenth win of the post-season. Goodwin added, “Buque has been great through the whole play-offs. I can’t say enough about his play.” The New Westminster goalie and Adam Jones, who had a four point night, picked up game MVP honours. Shawn Evans had a quiet night offensively, chipping in three assists but it was good enough to push him past Josh Sanderson (113pts) for 9th All-Time in Mann Cup scoring with 114pts.

When asked about being up 2-0, Goodwin was stoic in his response. ”I can only think one period at a time… We weren’t sure what to expect with Peterborough but I can tell you that this series is not close to done. They are a dangerous team.”

Robinson, Jones and Crowley all had five point nights for New Westminster with Schuss chipping in with four and two points each for Brandon Goodwin, Mike Messenger, Malcom and McCready.

Adam Jones was the most dangerous Peterborough player all night, as they got multiple point nights from Evans, Buchanan, Self, Cattoni and Dickson- who was held to just two assists.

Schuss leads all players with 13 points and nine assists, while three players, Kevin Crowley, Connor Robinson and Adam Jones all have five goals after the first two games.

Sunday is a day off, before the teams get set to play a possible three games in three nights. Game three goes Monday at 7:30pm PT with the Lakers in desperate need for a win. 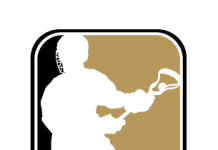