Canada is planning to send a high-powered group of cross-country skiers and biathletes to the start line in PyeongChang with a focus on contributing to the nation’s medal count at the 2018 Paralympic Winter Games, Cross Country Ski de Fond Canada announced on Monday.

A total of 14 of the nation’s best Para-Nordic skiers and biathletes, 10 men and four women, have been nominated for selection to don the maple leaf race suit next month in PyeongChang. The 12 athletes and two guides will include a group of Paralympic, World Championship and World Cup medal winners led by 13-time Paralympic medallist Brian McKeever (Canmore, Alta.) along with his guides Graham Nishikawa (Whitehorse, YK), and Russell Kennedy (Canmore, Alta.). Kennedy is also representing Canada at the Olympics this week for the first time in his career.

Two other Paralympic medallists, Chris Klebl (Canmore, Alta.), and Mark Arendz (Hartsville, P.E.I.) are also returning to Canada’s Paralympic Team with a focus on skiing back onto the podium. Klebl captured a gold medal in the men’s 10-kilometre sit ski event in Sochi 2014, while Arendz celebrated two podium finishes in biathlon.

“This is a well-balanced team of veterans and rookies, and an exciting time within the team as we have never had this type of depth. I look forward to seeing everyone achieve their goals at the Games, whether it is celebrating personal bests or medals,” said Arendz. “Personally, my focus is on the key factors I have control over that will drive performance. It is all about the preparation because the athlete who is best prepared is the one who achieves success. I get very excited to be a part of the Games and to see the power that sport can bring to the world.”

They will be joined by a stellar group of international medallists including: second-time Paralympian Brittany Hudak (Prince Albert, Sask.); along with Collin Cameron (Sudbury, Ont.); and Emily Young (North Vancouver) who are making their first trip to the Paralympic Games.

“Being named to the Paralympic team is truly an honour,” said Young, a former wrestler, who joined the team at the beginning of this quadrennial where she has developed into a medal contender. “I never expected myself to end up in a winter sport, and to have found myself amongst such an amazing team, I couldn’t be prouder to be wearing the maple leaf with them on our suits. I’ve had a lot of catching up to do these last three years, but it has been worth every second.”

“This is an experienced group of athletes who have delivered under the most intense pressure at major international competitions, and are on a mission for medals in PyeongChang,” said Mike Edwards, Para-Nordic high-performance director, Cross Country Ski de Fond Canada. “Depth is critical to mounting a podium attack, and we have a nice blend of veterans and NextGen athletes capable of putting the maple leaf on the Paralympic podium at the nordic venue.”

“I would like to offer my heartfelt congratulations to the athletes who are now part of Team Canada for the 2018 PyeongChang Paralympic Winter Games,” said the Honourable Kirsty Duncan, Minister of Science and Minister of Sport and Persons with Disabilities. “Canada has performed admirably in the past in the Para-Nordic event, and I think we can expect more great things from the athletes named to Team Canada today. I know for a fact that I, and all of Canada, will be rooting for them!” 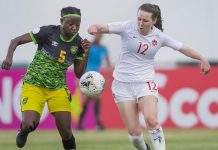 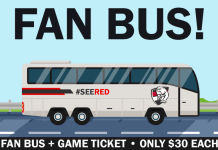