Swift Current Broncos Head Coach and Director of Player Personnel Manny Viveiros was named the Western Hockey League’s Eastern Conference Coach of the Year. The announcement was made on Wednesday afternoon from the WHL Head Office in Calgary, AB.

“I am very thankful and honoured for this award,” said Broncos Head Coach and Director of Player Personnel Manny Viveiros. “A special thank you goes to all of the hockey operations staff including Jamie Porter, Ryan Smith, Jamie Heward, Jamie LeBlanc and the scouting staff. This is a team award and this would not be possible without their support.”

In his second year behind the bench, Viveiros led the Broncos to an impressive 48-17-5-2 record, totalling 103 points and the second best team record in the WHL. The St. Albert, AB native also served as an assistant coach for Team WHL at the 2017 CIBC Canada Russia Series back in November.

“I also want to thank the Broncos organization for giving me the opportunity and taking a chance on me when I was hired two years ago,” mentioned Viveiros. ” I’ve had a great experience over my first two seasons behind the Broncos bench. I’ve been lucky to work with great players and again, I’m very humble and thankful for this award.”

WHL Conference Awards are voted upon by all WHL General Managers and Head Coaches.

All individual WHL Conference Award winners will be eligible for the overall league awards at the 2018 WHL Awards luncheon in Red Deer, AB., on Wednesday, May 2, 2018. 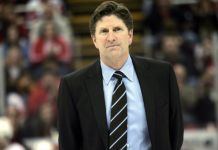 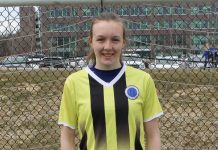 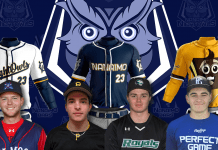