Women’s sevens announced its arrival on the Commonwealth Games stage with pulsating matches that had a packed Robina Stadium crowd on the edge of their seats as hosts Australia, world champions New Zealand and Canada ended the opening day unbeaten with two victories from two. It was a historic moment for the women’s Rugby Sevens game, included in the Commonwealth Games schedule for the first time.

Canada were fast out of the blocks scoring in the first minute against a South African side looking to bounce back from the disappointment of losing in the World Rugby Women’s Sevens Series qualifier for the second year in a row. Castaway Wanderers’ own Caroline Crossley had the honour of becoming the first women’s try scorer in Commonwealth Games history. Brittany Benn, Sara Kaljuvee and Charity Williams followed her over the line for a 24-0 half-time lead for the Olympic bronze medallists, but South Africa managed to restrict them to just one try after the break through Hannah Darling.

Canada went on to become the first team to book their place in the semi-finals on Sunday with victory over Kenya, but the African side made them work hard for the 24-12  victory and had the crowd on their feet twice with two long-range tries through captain Philadelphia Olando and Janet Okelo, the latter showing a real turn of pace to leave the defence in her wake. Two tries from Bianca Farella, making her return from injury, sandwiched between the Kenya scores ensured that Canada ended the day with two wins from two.

Olympic silver medallists New Zealand joined the Canadians in the semi-finals with another emphatic display of precision attacking, scoring sevens tries – including another brace for Woodman to take her tally for day one to five tries – to beat South Africa 41-0 to top the Pool A standings from Canada.

Canada, now guaranteed a place in the semi-finals, will face New Zealand at 7.49pm PT on April 13th in their final pool match.  Their semi-final opponents are yet to be decided, with Australia, Fiji and England all separated by just 2 points over in Pool B.

You can follow all the action live via the online streaming service DAZN.  They currently have a free 30-day trial offer available, so sign up and watch the Men’s and Women’s tournament for free.  Rugby Canada will also be delivering text coverage of the games on their Twitter Feed 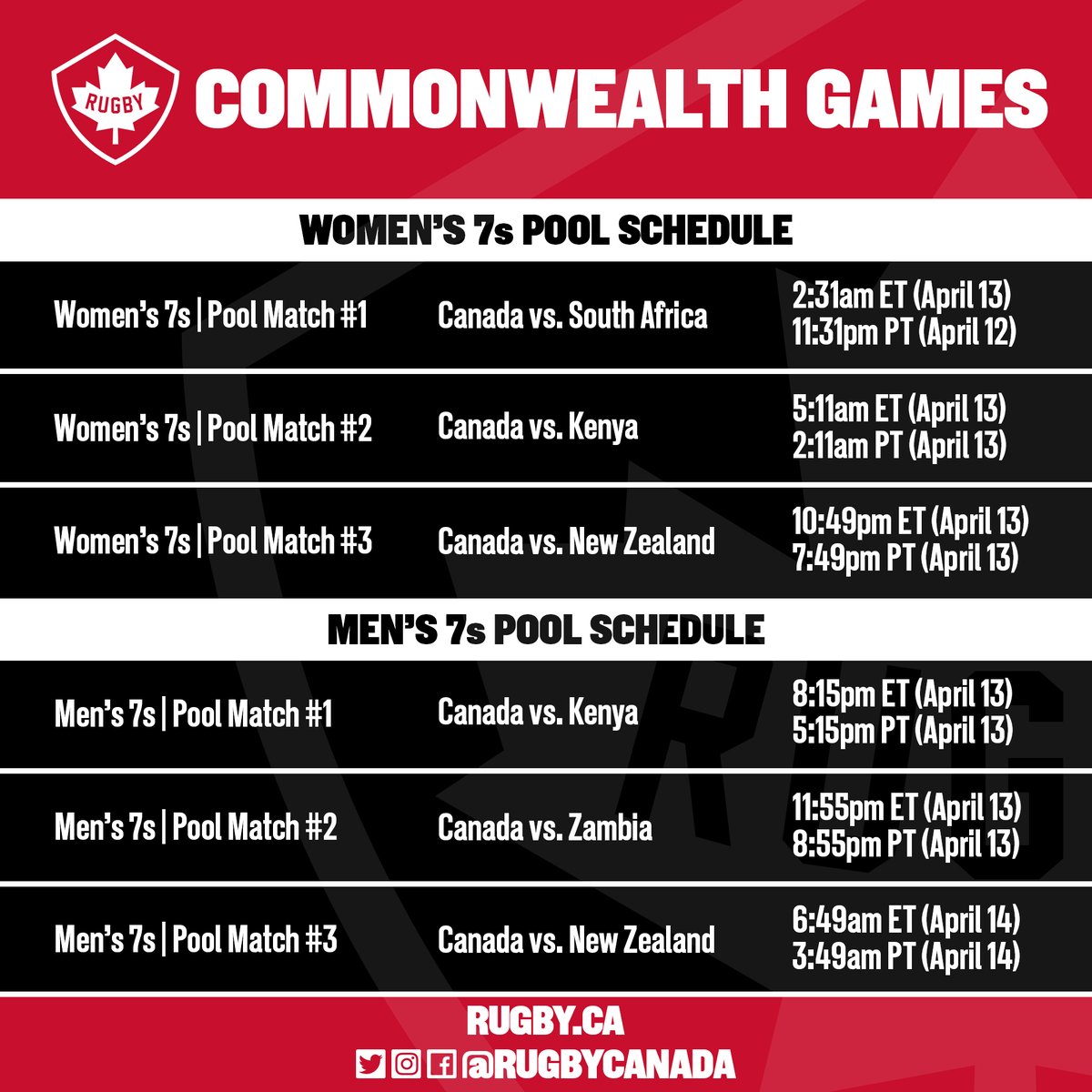