The Canada Women’s Sevens organizing committee announced today that single-day tickets for the 2018 HSBC Canada Women’s Sevens on May 12-13 at Westhills Stadium in Langford B.C., will go on sale Tuesday, April 24 at 10:00am PST.  Tickets can be purchased through canadasevens.com or by calling the Ticket Rocket Box Office: 1-855-842-7575 – hours 10am to 5pm, Monday to Friday.

In its fourth year at Westhills Stadium in Langford, the HSBC Canada Women’s Sevens will also offer a unique promotion in honour of Mother’s Day on Sunday, May 13th, where fans can buy three GA tickets and get a fourth ticket for free when using the code MOMPLUS3.  Organizers are encouraging fans to include this weekend of sport and celebration in the family plans this coming Mother’s Day.

“Year over year, the HSBC Canada Women’s Sevens in Langford proves to be a great weekend for die-hard rugby enthusiasts, families of all ages, and the community at large that supports our players and our programs year-round,” said Allen Vansen, Rugby Canada CEO.  “Once again, we look forward to welcoming the world’s best women’s sevens teams to Langford, and we strongly encourage the public to come out and be a part of this world-class weekend.” 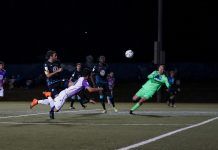