Players brought in on 10-day deals have shown more than full value in the past, and that’s the hope with a group of HarbourCats signings being announced today. 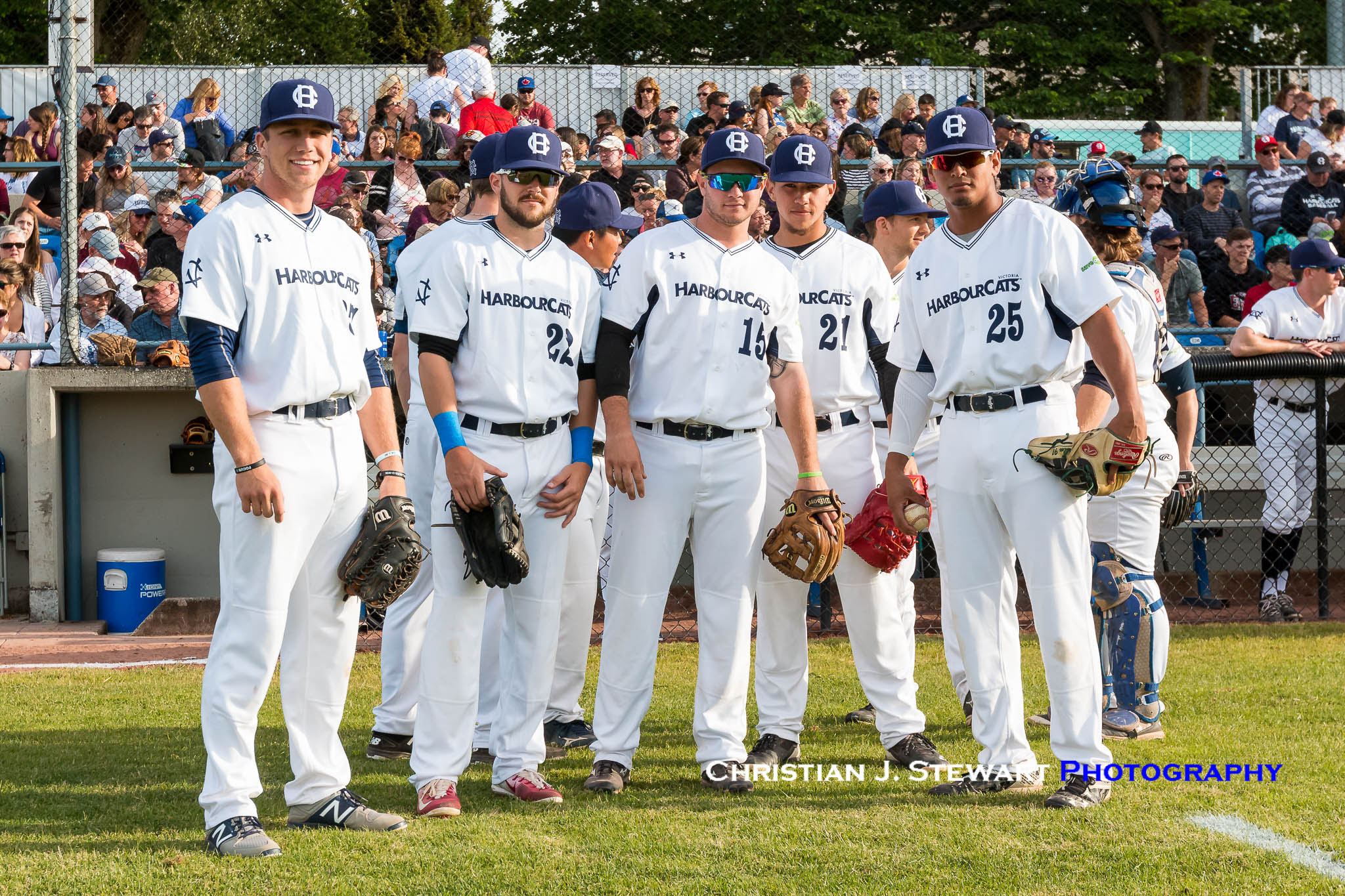 In addition to RHP Justin Solt of Lower Columbia College, who is signed to a full contract, the HarbourCats are pleased to announce the addition of two members of the University of Fraser Valley Cascades, and a signing from Douglas College.

Infielder/outfielder Riley Jepson, a prospect for the coming MLB draft, and catcher Ryan Green have been added on short-term agreements. It’s expected Jepson, who wanted to stay close to his Kamloops home should the draft lead to him signing a pro contract, will hear his name called, and if so is expected to sign. He was the top hitter this past spring in the Canadian Colleges level, while Green was the starting catcher most games for the Cascades in playoffs, who finished second in the season-ending tournament. Jepson hit .351 with two home runs and 17 RBIs in 15 regular season games, while Green, a product of the Abbotsford Cardinals PBL program under Corey Eckstein, hit .200 and provided solid defence behind the plate.

Catcher-outfielder Jake MacDonald from Douglas College has been signed and will be on the roster for pre-season games May 30 (in Victoria) and May 31 (in Port Angeles), before the real action starts June 1-2-3 at Wilson’s Group Stadium at Royal Athletic Park, with the Wenatchee AppleSox providing the competition. MacDonald hit a team-high .302 with a home run, five doubles and 11 RBIs. Catcher Sam Nastari from De Anza College in California will arrive for pre-season workouts after hitting .348 with three home runs while being team captain this past spring.

“College teams in playoffs, injuries and academics can lead to late-spring adjustments, and we’re glad to add these players,” said Jim Swanson, Managing Partner of the HarbourCats. “Working with UFV for the first time, with Brian Finnie, Larry Krause and Shawn Corness, is a good step for both programs. The Douglas program has outstanding coaches in Cav Whitely and Jordan Broatch, and Jake can come in and help us from the start. Nastari has power potential that might play very well at our park, while Solt is a player we’ve watched for some time, knowing he would be with us this summer.”