Two gold medals capped off an exciting week of racing for Canadian crews at the World Rowing Under-23 Championships in Poznan, Poland.  The women’s eight and Trevor Jones in the men’s single sculls both finished on the podium today, dominating their A Finals and defending their world championship titles.

The reigning world champion in the men’s single, Trevor Jones did not waiver in his commitment to retain his world championship title.  Winning his heat, quarterfinal, and semi-final, Jones delivered a clear message that he was the one to beat.

During the A final, Trevor Jones sat in the middle lane next to Benjamin Davison of the United States who recorded the fastest time in the semifinals on Saturday. Germany got out ahead quickly but Jones went through the middle of the race in the lead with Davison right behind. Jones continued to extend his lead despite the best efforts by Germany who came into the sprint at a 38 stroke rate. Jones secured the race win with a comfortable 33 stroke rate and time of 6:48.70, finishing just two seconds outside of the under-23 World Best Time.

In the A Final, the United States shot out to an early lead with Canada in second. Canada decided that the third 500m was theirs to own and picked up the pace to overtake the United States. Canada looked outstanding in the final sprint and with a time of 6:04.61 they successfully defended their 2017 world championship title.

“The race was fantastic,” said two-time U23 gold medalist Sydney Payne. “We stayed calm and collected and kept our focus internal. We stayed with our race plan and everything went as well as it could have. To repeat as champions means more than words can describe.”

The Canadian men’s four advanced to the B final from their semis on Saturday. Sean van Gessel, Brendan Wall, Matthew Schultz and Liam Keane were set to line up for their B final on Sunday however some untimely illnesses within the team forced the crew to scratch their boat off the start list.

The men’s quadruple sculls consisting of Mathew Szymanowski, Nicholas Everett, Charles Alexander and Luc Brodeur, wrapped up their event with a C final win to round out their debut international regatta in 13th overall.
The women’s quadruple sculls including Marilou Duvernay Tardif, Hayley Chase, Grace VandenBroek, and Louise Munro progressed to the A final through the repechage on Thursday. The Canadians finished a solid 5th place overall in the A Final on Saturday.

Vlad Timinski and Alex Bernst also wrapped up their event yesterday in 13th overall, a good international debut for the duo in the lightweight men’s double boat.

Larissa Werbicki and McKenna Simpson raced well in the women’s pair through to the A/B semifinals, progressing to the B finals yesterday and placing 10th overall.

“I’m proud of this team and their commitment to race,” said Adam Parfitt, RCA Director of Coach and Athlete Pathways. “Every crew this week had a challenge in front of them, approached it professionally and learned from the process. It’s thrilling to have the two World Championship repeats in the men’s single and women’s eight. Those were outstanding performances and set the standard for us in Canada.” 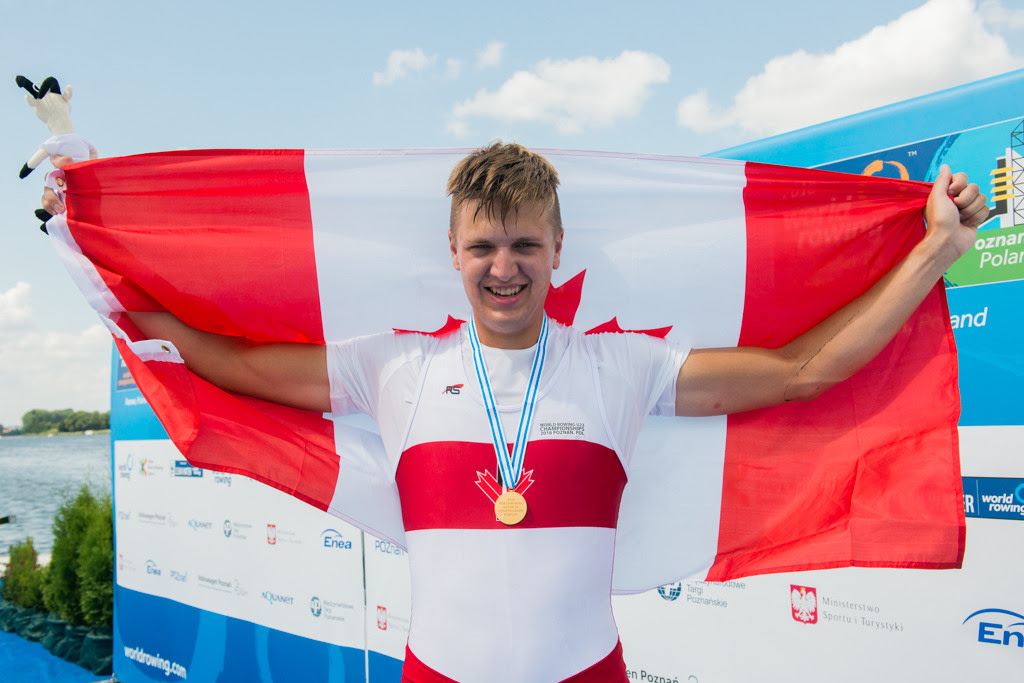 Congratulations to the entire Under 23 World Championship team!