ISN
Home British Columbia Vancouver Island
Share on Facebook
Tweet on Twitter
The Canadian Lacrosse Association has announced that Gary Gait has been named the General Manager of the Canadian women’s field lacrosse national team program. He will be responsible for overseeing both the senior and U19 teams and guiding them through to the 2019 FIL U19 Women’s World Championship and 2021 FIL Women’s Lacrosse World Cup, respectively.
As one of the most influential figures in the sport, the Canadian Lacrosse Hall of Fame member will bring an unmatched level of experience to this position, which is similar in nature to the Director, Women’s Field role he held within the organization from 2013 to 2017.
“I’m excited to have the opportunity to continue contributing to the growth of lacrosse in Canada and to serve our female players and national team program,” said Gait, a native of Victoria, British Columbia.
Under his previous leadership, Canada captured its first ever international gold medal in women’s field lacrosse at the 2015 FIL U19 Women’s Lacrosse World Championship, its second ever senior women’s silver medal at the 2017 FIL Women’s Lacrosse World Cup, and a historic silver medal at the 2017 IWGA World Games, the first international multi-sport event that had women’s field lacrosse on the official sport program.
“I am extremely pleased and grateful to have Gary leading our women’s national teams,” said Jason Donville, Director of High Performance and International Relations with the Canadian Lacrosse Association. “His track record as a player, coach and executive is second to none. Our program will be lead a person who has the skills and motivation to help us reach the top of the podium again and again.”
Gait, 51, has enjoyed tremendous success at every level of the sport.
He was a star at Syracuse University, where he and his twin brother Paul helped guide the school to three consecutive NCAA championships (1988-1990). He played 18 seasons in the National Lacrosse League, winning three league titles (1991, 1994,1995) and six seasons in Major League Lacrosse, capturing three championships (2001, 2002, 2005). Gait also won the Minto Cup (1988), the Mann Cup (1990, 1997, 1999), and donned the maple leaf at five world championships, bringing home men’s field gold in 2006.
While his accomplishments as player are well noted, his successes in the women’s field game are also quite impressive.
From 1994 to 2002, he was part of the University of Maryland women’s lacrosse dynasty that compiled a remarkable 164-16 (.911) overall record, which included four undefeated seasons (1995, 1996, 1999, 2001) and seven consecutive NCAA championships (1995-2001).
Following coaching stints in the MLL and NLL, Gait was named head coach of him alma mater Syracuse University in 2007, a position he still holds today. During his tenure, he has led Syracuse to an overall record of 150-48, two appearances in the NCAA national championship game, seven entries in the national semi-finals and one trip the tournament quarter-finals.
Gait also served as interim commissioner of the United Women’s Lacrosse League (UWLX) in 2017, undertaking key administrative responsibilities and assisting in the search for permanent replacement. He transitioned to the league’s advisory board in the summer upon the hiring of a full-time replacement.
Gait will start preparations immediately for the 2019 FIL U19 Women’s World Championship, where Canada will look to defend their world championship title on home soil in Peterborough, Ontario. 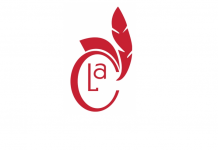