Friday night at the Langley Events Centre the Vancouver Giants dropped a 5-3 pre-season decision to the Victoria Royals. Tarun Fizer paced the Royals attack with three goals while Dante Hannoun chimed in with two assists. James Malm countered with a goal and two assists for the Giants while 2000-born import Yannik Valenti notched his first two goals of the pre-season. Despite the loss, the Giants outshot the Royals 31-18.

By the half-way point of the first period, the Royals had a 2-0 lead thanks to goals three minutes and one second apart from Kaid Oliver and Tarun Fizer.

Late in the first the Giants moved back within a goal when James Malm buried his first of the pre-season off a shot from the high-slot that snuck past Victoria netminder Brock Gould. Matt Barberis and Bowen Byram assisted.

Early in the middle frame the Giants tied it when Yannik Valenti converted off an odd-man rush with Jared Dmytriw and James Malm. Dmytriw started the play by winning a race to the puck along the right wing. He then centered a pass to Malm who quickly fed Valenti on the left-wing. From there the draft eligible German forward blasted the puck past Gould and in.

The visitors grabbed their lead back at 13:13 when veteran Tanner Sidaway snuck between two Giants defencemen, took a breakaway pass and went up and over the right shoulder of Giants starter Trent Miner. Tarun Fizer then doubled the Royals lead with a late tally at 18:06 of the middle frame. Shots were 18-12 for Vancouver through two periods but the Royals led 4-2.

Halfway through the third period Fizer completed his hat-trick for Victoria when he knocked home a Tyler Lees rebound, making the score 5-2 for Victoria.

Yannik Valenti scored his second of the night at 14:45 for Vancouver to pull them back within two, but that’s as close as they’d get on Friday. The final shots were 31-18 for the G-Men but the Royals held on to preserve the 5-3 win and improved their pre-season record to 3-0. For the Giants Friday’s loss was their first regulation setback in four pre-season games so far. 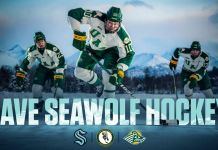 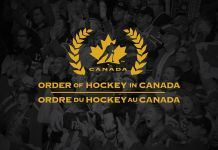 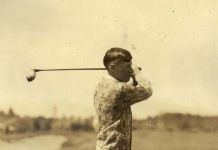